By Ian Bezek October 26, 2021
This story originally appeared on InvestorPlace

Farmmi (NASDAQ:FAMI) is a tiny Chinese company in the agricultural products sector and a true penny stock, with shares currently trading for around 35 cents. FAMI stock collapsed below a dollar in April on a large secondary offering, and it hasn’t topped 60 cents since that point. 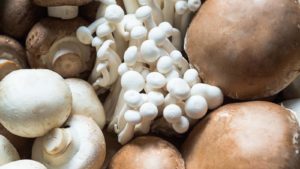 There was one more significant rally in September, but the company quickly torpedoed that rally with another gargantuan secondary stock offering.

So, what is Farmmi, and why does it feel the need to keep raising so much capital?

Farmmi has traditionally operated in the mushroom industry. Specifically, it sells shiitake mushrooms and other types of edible fungi and dried fungi products. Farmmi sells in the domestic Chinese market and also has some deals to export its goods to overseas markets.

The company’s revenues have been steady at around $30 million per year over the past four years. Profitability, however, has declined sharply. Earnings per share fell from around 30 cents per year a few years ago to around breakeven more recently.

Given the small size of the business, lack of growth and weak profitability, Farmmi has decided to branch out.

In September, Farmmi announced that it is buying Jiangxi Xiangbo Agriculture and Forestry Development for 70 million Chinese renminbi (around $11 million).

Jiangxi Xiangbo produces Moso bamboo, Camellia oleifera and Chinese fir trees. Farmmi explains that Moso bamboo is used to make water bamboo shoots, which are an edible food product. Camellia oleifera is used to make an oil that is similar to olive oil. It is also used as a moisturizer in beauty products. The fir trees, meanwhile, are popular for making plywood and other lumber products.

This seems like a logical acquisition for an agricultural products company. For instance, the edible bamboo shoots seem like a good complement to the company’s existing mushroom business. On its own, Farmmi’s forest purchase might be a winner.

If Farmmi could come up with the money for these plans on decent terms, this might all make sense. However, Farmmi has funded its expansion efforts with prohibitively expensive cash.

In April, Farmmi sold 140 million shares of FAMI stock to the public at 30 cents each, raising $42 million. This was a painful move for existing shareholders. Prior to that stock offering, FAMI stock was trading around $1 per share. So, in essence, the company indicated that it was so hard-up for cash that it was willing to print up shares at a 70% discount to fair value to raise a mere $42 million. This is a disastrous outcome for shareholders.

It gets worse. In September, FAMI stock had finally regained some upward momentum, with shares nearing 60 cents again for the first time in months. Then, the company announced another stock offering. In this one, Farmmi issued even more stock — more than 368 million shares at a pathetic 22 cents each. Once again, Farmmi gave away a massive chunk of the company at a gargantuan discount to what its stock owners had thought that it was worth.

One such share offering might be excusable but to get the rug pulled out like this twice in six months is simply too much. No one can confidently trust Farmmi to allocate their capital responsibly after seeing this pattern emerge.

It’s understandable why management made the moves that it did. The firm’s core mushroom business hasn’t performed well in recent years. So, it makes perfect sense that the company would want to shake things up and go in a new direction.

However, this massive dilution is a crippling blow to existing shareholders. And there’s no guarantee the management team won’t do it again the next time shares rally. After all, if they were willing to fire off 368 million shares now at such a jarring discount, what’s to stop more dilution in the future? Management gets to add more assets to its empire this way, and if outside shareholders get subpar returns, so be it.

The poor quality of governance in Chinese firms has become a hot-button issue in 2021. It’s far from clear how things will play out for titans such as Alibaba (NYSE:BABA) or Tencent (OTCMKTS:TCEHY) as of yet. In the meantime, however, it’s generally best to avoid smaller Chinese companies like Farmmi during such a volatile macroeconomic period. Particularly when they seem addicted to issuing new stock during difficult market conditions.

Why Should You Hold PRA Group (PRAA) in Your Portfolio?

Heico Corporation (HEI) Earnings Expected to Grow: What to Know Ahead of Next Week's Release