They launch a cryptocurrency inspired by 'The Squid Game'. Its value rises to $ 7.79 in 24 hours

By Entrepreneur en Español October 29, 2021
This article was translated from our Spanish edition using AI technologies. Errors may exist due to this process.

The worldwide success of the Netflix show "The Squid Game" is such that a digital currency inspired by the South Korean series has already been launched.

As reported by CNBC , the cryptocurrency SQUID ( squid , in Spanish) has had an exorbitant growth, trading at $ 7.79. According to data from CoinMarketCap , its market capitalization is more than $ 5,446,600,010. 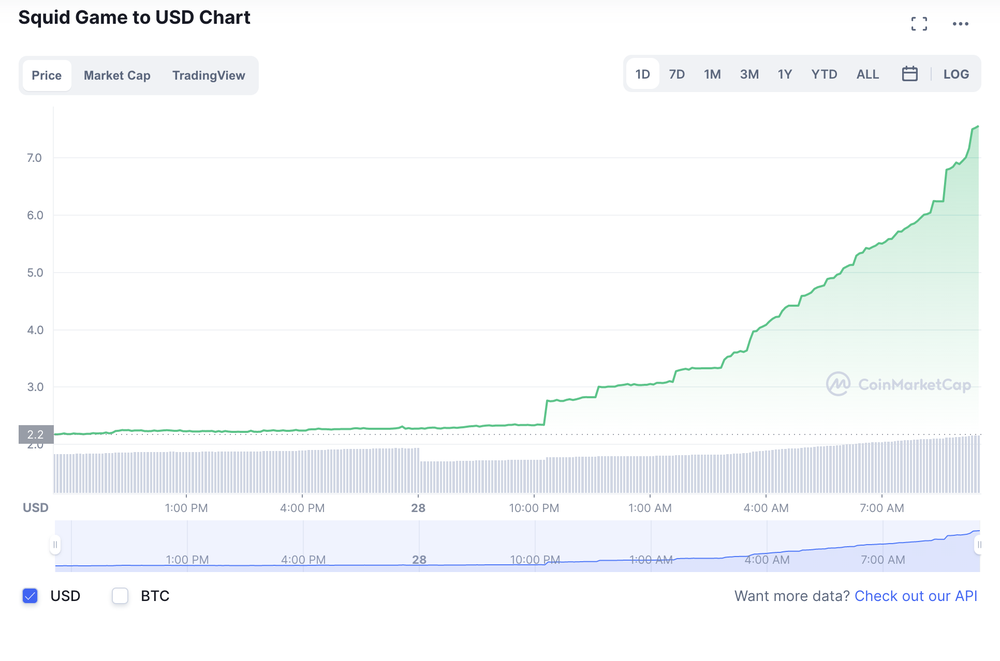 But beware, CoinMarketCap makes the note that it has received several reports that users cannot sell this token on Pancakeswap and asks users to properly investigate and do due diligence when trading the currency. He also remarks that the coin "although clearly inspired by the Netflix show of the same name, it is unlikely to be affiliated with the official IP."

The SQUID token was launched as the exclusive coin of the Squid Game project, a crypto platform to earn money that will launch next month. Like the Netflix series, the game will have six rounds in which participants will compete for a final prize. In order to participate, players will need to pay in SQUIDS and purchase non-fungible tokens (NFTs).

Unlike the South Korean plot, the prize is unlimited and, well, the consequences of losing are expected to be much less ... final. "We do not provide deadly consequences," say the developers on their official website.

The coin began its pre-sale on October 20 and apparently "sold out in 1 second," according to its white paper .