InvestorPlace - Stock Market News, Stock Advice & Trading Tips The SQUID crypto is causing plenty of headaches for investors who simply hoped to cash in on the hype of...

By Brenden Rearick October 29, 2021
This story originally appeared on InvestorPlace

As it turns out, buying a token modeled after Squid Game (CCC:SQUID-USD) is not as fun of a “game” as investors were hoping it would be. It looks like SQUID crypto holders are panicking today as they can’t sell their holdings and back out of a crypto game that is looking increasingly more suspicious. So, what’s the SQUID token? And why is it still rocketing upward? 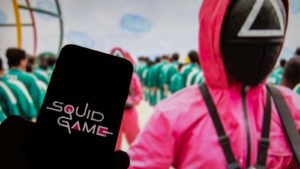 SQUID came about just nine days ago, and, according to the token’s white paper, its presale “sold out in 1 second.” Since then, it has seen increasingly astonishing gains. In the handful of days it has existed, it has gained over 61,000%.

The concept for the SQUID crypto is simple. Based on the Squid Game TV show, holders buy into increasingly difficult games as they vie for the grand prize. Of course, as you progress through the series of games, the buy-in requirement increases, and eventually requires players to supplement their SQUID wagers with non-fungible tokens (NFTs) earned through playing.

Hitting on multiple trends — from NFTs to blockchain gaming to the TV series itself — has allowed the SQUID token to rocket with jaw-dropping velocity. But, there’s more than meets the eye with this hypergrowth digital currency.

Today it is proving itself to be quite the headache for those looking to cash out on their gains.

As it turns out, becoming a “SQUID crypto millionaire” is not as easy as buying, holding and selling.

Rather, the token’s “anti-dumping mechanism” is looking more like an “anti-selling mechanism,” preventing holders from getting out of the game at all.

According to the white paper, SQUID employs a sibling currency called Marbles, which is earned by playing the actual game. Only when investors have some Marbles can they sell any SQUID. And, the amount they sell is limited by the amount of Marbles they own. Investors who don’t own any Marbles are prevented from selling their SQUID at all, forcing them to play.

This presents what appears to be a huge issue. The first game which players can attempt is modeled after the show’s “red light, green light” game. It has a buy-in of 456 SQUID. At its current value of $10.14 per token, that’s a price of over $4,600. As stated in the white paper, players who fail a level lose their wagered SQUID, setting high stakes.

The last level requires a buy-in of 15,000 SQUID to attempt. Many players can’t yet afford to play the first level, meaning they are stuck in a limbo and can’t withdraw their money.

Beyond the mechanics of the game itself, many are skeptical of the developers’ intentions with the token. Investors on Twitter are speculating that the crypto is a scam, based largely on the absence of any social media presence of its developers. The SQUID team has also closed their Discord server and Telegram group. In addition, their official Twitter account is also temporarily restricted.

Additionally, the SQUID website also raises some questions for potential investors. It lists a variety of “partners,” including CoinGecko, CoinMarketCap, and Netflix (NASDAQ:NFLX). CoinGecko says it has no ties to SQUID. Meanwhile, CoinMarketCap has a warning on its SQUID page, telling investors to “exercise caution while trading.” It also notes that SQUID is “unlikely to be affiliated with the official [intellectual property],” which calls into question developers’ claims of a Netflix partnership.

Lastly, devs have retweeted an Elon Musk tweet to make it appear as though the Tesla (NASDAQ:TSLA) founder supports the SQUID token. Musk was likely making a quip about the actual TV series — not the token.

So, while the gains might appear impossible to resist, they could also be far too good to be true.