As reported by the same chain on its website, the jackpot will consist of two million Dogecoin, 200 Ether and (barely) 20 Bitcoin.

By Entrepreneur en Español November 1, 2021
This article was translated from our Spanish edition using AI technologies. Errors may exist due to this process.

Grill burger chain Burger King announced a partnership with Robinhood to give away Bitcoin , Ethereum and Dogecoin to members of its Royal Perks loyalty program to consumers who spend $ 5 on the restaurant's app.

As reported by the same chain on its website , the jackpot will consist of two million Dogecoin, 200 Ether and (barely) 20 Bitcoin. 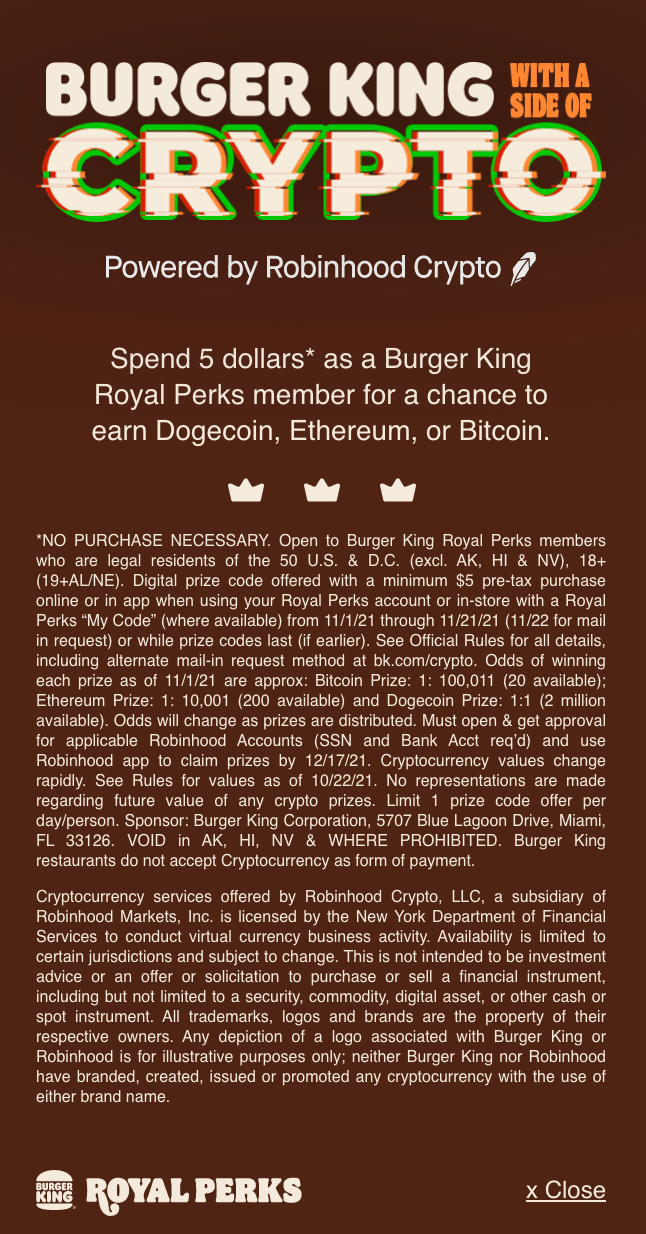 To redeem the crypto prize, the user will need to have an account with Robinhood. You have until November 21 (or until the cryptocurrency is exhausted) to participate and each diner will be able to collect up to 21 cryptocurrencies for the duration of the promotion. These coins can be claimed until December 17.

Only people can participate in the promotion:

Despite this promotion, Burger King has not confirmed whether it will accept payment with cryptocurrencies in the future.