InvestorPlace - Stock Market News, Stock Advice & Trading Tips After calling out Facebook's metaverse, the ANKR founder is sending prices on a wild ride. Here's what to know about...

As investors get into their first full week of trading since Facebook (NASDAQ:FB) pulled its branding U-turn, a new trend is catching plenty of attention. Straight from the world of science fiction, the metaverse now has investors searching out stocks and cryptos to ride “Meta” higher. One of the early winners appears to be Ankr (CCC:ANKR-USD), and a new piece of cryptic Ankr crypto news is leading to a lot of price movement for the token. 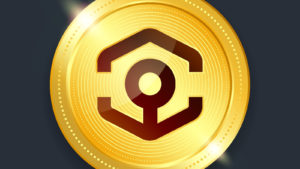 Ankr’s goal is to decentralize the web; it is doing that by aiding in the development of Web3. A new type of internet, Web3 aims to relocate the web onto the blockchain. By moving the internet to distributed ledgers, users and developers can expect more secure and reliable apps. Additionally, Web3 bulls laud this burgeoning new iteration of the internet as one where censorship is minimal.

Specifically, Ankr provides users with the opportunity to host nodes with ease and at low costs. By hosting nodes, users can participate in the network by validating transactions. With Ankr, there is no coding required to deploy a node; users simply pick the chain to which they wish to deploy the node and manage it with a simple interface. The final product vastly reduces the barrier to entry in participating in blockchain development.

A piece of Ankr crypto news is sending ANKR prices fluctuating greatly over the last day. Its founder’s tweet makes reference to the metaverse and Facebook. It’s bringing lots of eyes and plenty of capital to the network now.

Facebook’s rebrand to Meta late last week came with promise from Mark Zuckerberg of an expansive social metaverse. It appears Zuckerberg and his company see the metaverse as a natural next step for social media. Indeed, the metaverse takes social media and online communication as we know it and adds a layer of depth. Literally, it allows users to enter a three-dimensional digital world for the purposes of entertainment, work communications and social networking.

Crypto needs its own meta.

Ankr’s founder has gotten investors to listen and pay attention to his project with one simple tweet. Late Saturday night, founder Chandler Song posted “[c]rypto needs its own meta.”

Of course, it appears he was referencing Facebook’s rebrand and incoming metaverse; with the privacy concerns Facebook is creating among its users and the centralized nature of the company, Song could be implying that blockchain technology would breed a superior product.

It does feel like the metaverse is bound to be decentralized, thanks to the recent success of s0-called Meta Coins like Decentraland (CCC:MANA-USD). As investors take note of these metaverse plays, they are also taking note of ANKR as it eggs on the shift. In fact, some were speculating that Song’s tweets offered an inside look into what Ankr could be working on next.

In the day following Song’s tweet, transaction volume of the ANKR token reached over $2 billion, far above its average. The influx of buyers also led to an upswing of over 82%. Since then though, the token is cooling off; while it is still seeing transaction volume of over $1 billion, it is posting an 11.5% loss this morning.