Why Coca-Cola is the Best Dividend Stock You Can Buy

InvestorPlace - Stock Market News, Stock Advice & Trading Tips KO stock might not have the biggest yield, but it is one of the best, and the company is focused...

By Dana Blankenhorn November 5, 2021
This story originally appeared on InvestorPlace

Coca-Cola (NYSE:KO) is the best dividend stock you can buy today. There, I said it. Now, looking at its yield of around 3%, you might be thinking that you can find investments with higher payouts than KO stock. 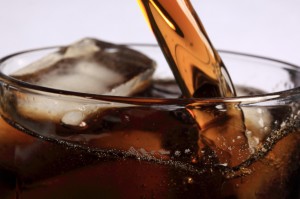 And you’d be right. But income investors should never consider yield alone. Just as important, if not more so, is whether a company’s dividend is sustainable and growing.

Plus, with dividend stocks currently out of fashion as investors’ focus remains on growth, KO stock is reasonably valued.

Coca-Cola is one of the world’s oldest soft drink brands. In fact, the company just celebrated its 135th anniversary. Of course, you don’t survive over a century without making some changes.

According to Forbes, Coca-Cola is the sixth most powerful brand in the world. But its beverage empire expands far beyond its flagship product. In recent years, under the leadership of CEO James Quincey, the company has gone on an acquisition spree, snapping up popular drink makers of all kinds, including coffee, tea, energy drinks and sports drinks.

Most recently, the company made headlines for its largest brand acquisition to date. Coca-Cola spent $5.6 billion for full control of sports drink maker Bodyarmor.

The move makes sense. PepsiCo’s (NYSE:PEP) Gatorade is the clear winner in the sports drink world with a 70% market share, trouncing that of Coca-Cola’s Powerade brand. Powerade was the No. 2 sports drink until Bodyarmor came along, marketing itself as a healthier option and surpassing Powerade.

So, Coca-Cola’s purchase of Bodyarmor means it now has the No. 2 and No. 3 sports drink brands. And while Gatorade’s dominance is not likely to fade any time soon, Coca-Cola expects Bodyarmor’s retail sales to rise roughly 50% this year to more than $1.4 billion.

What’s more, under the deal, Bodyarmor co-founder Mike Repole will work with Coca-Cola’s still beverages unit on new brands. Repole has a ton of experience launching successful beverages that include Vitaminwater, Smartwater and Energy Brands, all of which Coca-Cola now owns.

In addition to an aggressive acquisition strategy, Coca-Cola has also revamped its marketing strategy. Management is focused on attracting new customers, measuring results, and ditching whatever doesn’t work, like its recent sale of struggling juice and smoothie brand Odwalla.

Coca-Cola was once synonymous with Atlanta. (James Cagney’s last starring role was as a Coca-Cola executive.)  Today, the company’s profile there is nearly invisible, its trade dress missing from the new Mercedes-Benz Stadium downtown, its executives no longer on local boards.

Instead, Quincey’s Coke is trying to be a better global citizen. Management is aware of how the company is compared with cigarette and tobacco companies. One of Quincey’s first moves was to sell smaller drinks, closer in size to the 6.5-ounce bottles that made Coke famous in the mid-20th century.

Today, the company is making bottles from plants, building a global platform around its brand, providing the world with potable water and switching to bulk shipping to recuce costs. It’s low-key, low-profile, and offers risk avoidance.

The Bottom Line on KO Stock

Tipranks considers KO stock only a “moderate buy,” although none of the seven analysts following it say it’s a “sell.”

If you’re under 60, I wouldn’t recommend KO stock. But if you’re entering retirement, and need regular income, the company’s $1.68 per-share annual dividend makes shares a great place to park some money.

Full disclosure, I’m more of a Pepsi guy, because of food brands like Quaker and Frito-Lay and its partenrship with meatless protein supplier Beyond Meat (NASDAQ:BYND).

But the yield on KO stock is higher than you get with PEP. If income is your priority, KO stock is what you buy.

On the date of publication, Dana Blankenhorn held long positions in PEP. The opinions expressed in this article are those of the writer, subject to the InvestorPlace.com Publishing Guidelines.

Dana Blankenhorn has been a financial journalist since 1978. His latest book is Technology’s Big Bang: Yesterday, Today and Tomorrow with Moore’s Law, essays on technology available at the Amazon Kindle store. Follow him on Twitter at @danablankenhorn.

The post Why Coca-Cola is the Best Dividend Stock You Can Buy appeared first on InvestorPlace.