The Biggest Pump-and-Dump Scheme Ever Executed

By Luke Lango November 7, 2021
This story originally appeared on InvestorPlace

Did you see what happened with Squid Game? 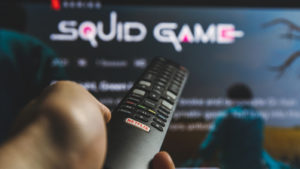 No. I’m not talking about the popular Netflix show. I’m talking about the Squid Game (CCC:SQUID-USD) token, modeled after the show, which soared 14,300,000% in a single week – and then dropped to zero in a matter of seconds.

What? How? Why? Yep – those are the questions the world is asking right now, so we’re going to break everything down for you over the next few minutes.

Long story short, a team of anonymous developers launched a crypto project called Squid Game, wherein people would buy the Squid Game token and use it as “buy-in” to play virtual games modeled after the show, like Red-Light, Green-Light and Honeycomb.

The winners of those games would receive real-money prizes.

Pretty neat idea – until you read the fine print.

Squid Game’s developers created this “anti-dumping mechanism” which, while the name makes it sound like a good idea, was just a way for the developers to lock people into the token.

Basically, once you bought Squid Game token, you couldn’t sell it until you gathered what the devs called “marbles.” Marbles could only be acquired through winning one of the various games in the Squid Game project.

Makes sense… but those games weren’t live, and so no one could actually win any marbles.

In other words, in order to sell Squid Game token, you needed to acquire marbles, which were impossible to acquire because the mechanism by which you acquire marbles – playing the games – hadn’t even launched.

It was the developers of Squid Game’s evil way of locking people into Squid Game token. Once you bought the token, you couldn’t sell it.

That’s why the token soared in price so quickly. There were basically no real sellers – just buyers.

That was the rug pull. Squid Game’s developers – who were sitting on a bunch of Squid Game tokens – gave themselves permission to sell their tokens without marbles, and sold all of their tokens.

They walked away with $12 million, and everyone else lost pretty much everything.

It’s a sad story – a lesson in why you shouldn’t gamble on tiny cryptos with suspicious backgrounds.

But, in our opinions, the sadder story here is how some media outlets are using this as an example for why folks should avoid the crypto markets!

Let’s make one thing crystal clear: The Squid Game rug pull is not indicative of the broader crypto markets.

Because, while Squid Game saw its token collapse 99.9% in a matter of seconds, most of the tokens in our Crypto Investor Network portfolio surged. In fact, some of those tokens even doubled this past week!

Not all stocks are equal. Not all cryptos are equal, either.

So, this is really our long-winded way of saying: Do not let what happened with Squid Game token, or what is happening with all these “pup coins,” deter you from investing in the crypto markets.

There are very important, powerful, and technologically-sound cryptos out there that have the potential to impact enormous change on the real world. They couldn’t be more different than Squid Game. Do not conflate the two.

So, our advice is simple: Forget Squid Game. Invest in the best cryptos. Invest with us at Crypto Investor Network, where our portfolio of high-quality cryptos has racked up an average gain of 225%.

The post The Biggest Pump-and-Dump Scheme Ever Executed appeared first on InvestorPlace.

8 Jim Morrison Phrases and Song Snippets That Will Inspire Entrepreneurs

Employee Feedback: Our Biggest Asset in the War on Talent