Roku Stock Is Poised to Bounce Back

By Larry Ramer November 8, 2021
This story originally appeared on InvestorPlace

Roku’s (NASDAQ:ROKU) streak of bad luck, driven largely by macro trends out of its control, is continuing. Nonetheless, I believe that periodically buying ROKU stock on its pullbacks will prove to be a winning strategy for investors. 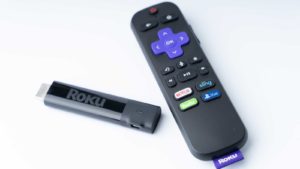 That’s because Roku continues to deliver very strong results, while the concerns about the macro pressures that it’s facing appear to be overdone.

Roku’s earnings per share came in at 48 cents, versus analysts’ average outlook of 7 cents. Its top line was $680 million, just $820,000 below analysts’ mean revenue outlook. The company’s streaming hours rose 21% from last year to 18 billion.

One macro issue is the meaningful waning of the pandemic so far in Q4. I believe that this reality, along with “the law of large numbers,” caused Roku to provide Q4 guidance that bakes in a significant growth slowdown.

Another macro problem is supply chain issues. Reduced sales of TVs and Roku players, caused by those issues, negatively impacted the growth of Roku’s accounts, the company stated.

Worries About the Macro Issues Are Overdone

On Nov. 4, Reuters reported that, “some indicators are starting to signal that global supply chain stress may be on the wane.” So, in other words, the supply chain issues look poised to improve going forward.

What’s more, there are other ways for Roku’s revenue to increase rapidly besides adding new accounts through the sale of TVs and Roku players. Specifically, its average revenue per unit (ARPU) is likely to continue to rise quickly, and it’s poised to continue taking advertising dollars from conventional TV.

Meanwhile, starting in December, the impact of pent-up demand on Roku is likely to ease. Due to the onset of the winter cold, in tandem with the fact that most Americans will have had ample opportunity to release their pent-up demand by then, the latter issue is likely to weigh much less on Roku’s results.

Finally, ROKU stock has unfairly taken big hits due to worries about the change in Apple’s privacy policy. According to Barron’s, Roku is “highly reliant on targeted advertising, but doesn’t depend on Apple’s platform.”

Roku’s senior vice president of platform business, Scott Rosenberg. explained that, “I would definitely say that we’re less affected (by Apple’s privacy changes) relative to those [independent ad tech] entities because of this privilege: the direct consumer relationship that we’ve got.”

Right now, nervous investors are selling ROKU stock because of their fears about the impact of Apple’s changes on all internet advertising companies. Over the longer term, they’ll realize that Roku, because of its direct consumer relationship, will not be meaningfully affected by Apple’s changes.

Roku is getting a boost from strong ad sales, wrote Wedbush analyst Michael Pachter in a recent note to investors. The analyst expects the company’s user gains to accelerate as the supply chain issues dissipate, “perhaps {in} early to mid-2022. He reduced his price target on ROKU stock to $365 from $415, but kept a “buy” rating on the shares.

Even more upbeat on Roku was KeyBanc, which says that the shares’ positive catalysts remain powerful. It slightly lowered its price target on the stock to $430 from $460.

Valuation and the Bottom Line on ROKU Stock

After its most recent retreat, the shares are trading at a forward price-sales ratio of about 10.

Larry Ramer has conducted research and written articles on U.S. stocks for 13 years. He has been employed by The Fly and Israel’s largest business newspaper, Globes. Larry began writing columns for InvestorPlace in 2015.  Among his highly successful, contrarian picks have been GE, solar stocks, and Plug Power. You can reach him on StockTwits at @larryramer.

The post Roku Stock Is Poised to Bounce Back appeared first on InvestorPlace.

How Brent Bellm is helping small companies grow with BigCommerce

Is Fastly a Good Content Delivery Network and Security Software Stock to Own?

How Brent Bellm is helping small companies grow with BigCommerce

Is Fastly a Good Content Delivery Network and Security Software Stock to Own?

You've Got a Great Invention. Now How Do You Get People to Buy It?