Bitcoin 101: 8 Things to Know About Eric Adams’ Plan to Teach Crypto in Schools

By Samuel O'Brient November 8, 2021
This story originally appeared on InvestorPlace

New York City is preparing for a new era as its new mayor steps up. Eric Adams is coming into office as the city slowly recovers from the Covid-19 pandemic. Adams didn’t wait until he took office to distinguish himself. Once he stated that he wanted to make New York the country’s new cryptocurrency capital, the conversation quickly shifted to what embracing crypto could mean for the city. This mayor doesn’t just want to take his first paycheck in Bitcoin (CCC:BTC-USD), though. Yesterday brought the announcement that the Eric Adams crypto plan is going to include teaching it in schools. 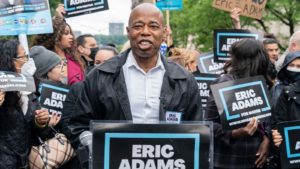 What will it mean for the city and for crypto markets if schools in New York City or elsewhere introduce crypto as part of the curriculum? Let’s find out.

The post Bitcoin 101: 8 Things to Know About Eric Adams’ Plan to Teach Crypto in Schools appeared first on InvestorPlace.

Cyber Monday Extended: Save on Great 10 Gifts for Everyone