By Chris Lau November 8, 2021
This story originally appeared on InvestorPlace

When media reported that PayPal (NASDAQ:PYPL) was potentially in talks to buy Pinterest (NYSE:PINS), shares moved quickly. PINS stock briefly traded over $65, pausing a downtrend that began earlier this year for one of the market’s worst-performing social stocks.

On the other hand, PayPal stock prices fell, as companies executing acquisitions usually do. Yet PayPal’s continuing drop, even after the company said it is not pursuing an acquisition of Pinterest at this time, is unusual. Markets are waking up to the risk that PayPal’s growth rate in the online payments market could be slowing down.

Investors should look more closely at the renewed market interest in Pinterest stock. A few other big names tumbled after posting quarterly earnings. After Apple (NASDAQ:AAPL) introduced new privacy settings in its operating system, a few social media stocks are on sale.

Here are 7 social media stocks to buy on the heels of the dead Pinterest deal:

The recent slide in social media stocks makes for a perfect opportunity to buy shares in these technology titans on the dip.

Among social media stocks, Etsy has a clear business mandate for shoppers. The company is focused on supplying customers with handmade or vintage items.

In the second quarter, Etsy posted gross merchandise sales at $3 billion, up 13.1% from last year. The site benefited from the acquisition of around 11.9 million new and reactivated buyers that hadn’t bought from the site in a year or more.

Etsy spooked investors when it reported that growth in new buyers decelerated Y/Y. Still, the company expected the slowdown and added 8 million new buyers in Q2.

Etsy grows whenever consumers need to purchase things on special occasions because Etsy sellers can meet their specific, custom needs. Those sellers attracted new buyers and increased engagement on the site.

Etsy has also said it is seeing measurable results from its ‘Right to Win’ strategy. This is a strategy that gives all players a clear roadmap for Etsy’s product and marketing investments. This increases awareness, facilitates shopping and strengthens buyer trust.

Facebook stock is still rebounding after a whistleblower report dealt serious damage to the company’s brand. Its corporate name change to Meta will hopefully distract the media from its image problem as it pivots the firm’s direction.

In the third quarter, Chief Financial Officer Dave Wehner said that Instagram’s Reels is a bright spot seeing good global growth. The company has rolled out Reels to more than 100 countries since the TikTok competitor’s August 2020 launch. Monetization of Instagram continues apace as Facebook rolls out ads on the platform.

In Q3, Facebook posted revenue growth of 35.1% Y/Y to $29.01 billion. FB stock earned $3.22 a share. In the fourth quarter, Facebook expects revenue in the range of $31.5 billion to $34 billion. This accounts for uncertainties related to Apple’s iOS 14 privacy changes. Furthermore, non-ads revenue are expected to fall Y/Y. Last year, the company benefited from the strong launch of Oculus Quest 2 during the holiday season.

Facebook will work through the Apple platform changes in the months ahead. Advertisers will also adapt to the new policies. Ad spending on Facebook’s ecosystem will reaccelerate.

YouTube has plenty more growth ahead. It will tap into commerce, through tools like Google Lens that instantly finds “shoppable” products through image search. In the third quarter, YouTube’s advertising revenue grew by 43% to $7.2 billion, benefiting from direct response and brand advertising.

The social streaming site will continue to evolve, appealing to viewers and attracting advertisers. For example, it will keep getting users to add content that appeals to people across many topics. YouTube will match those users to advertisers, a win for everyone. 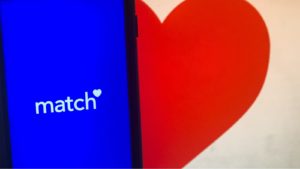 The popularity of online dating naturally strengthened during the pandemic-driven lockdown. When that ended, people wanted to meet in person. Match’s dating sites have been a great fit for both needs.

Match benefits from that government support. More people who are looking for a match will download one of Match Group’s global portfolio of branded apps, which includes Tinder, Match and Hinge.

Speculators hoped that PayPal would acquire Pinterest. The social networking site now faces many challenges ahead.

Pinterest recently hired Malik Ducard, formerly YouTube’s Head of Content Partnership; he worked at YouTube for a decade. Co-founder and CEO Ben Silbermann commented positively on his fit with Pinterest, saying Ducard’s “values of ensuring content is safe, inspiring and reflective of the world around us, [are] directly aligned with our mission.”

On October 13, Pinterest said its co-founder Evan Sharp would step down. He will serve as an adviser to Pinterest through the date of the company’s 2024 annual meeting. Then on October 29, Pinterest’s chief accounting officer, Tse Li Yang, said he would leave to pursue an opportunity with a private company.

These two executive departures could disrupt the company’s prospects in the short term. Pinterest is struggling to sustain users and monthly activity on the site. Still, the company is solid. It is expanding margins, growing revenue and is already profitable.

Pinterest’s short-term underperformance on the stock market gives investors an entry point. As its growth reaccelerates on higher advertising revenue, the stock will trend higher.

In Q3, Snap posted revenue of $1.07 billion, up 58% Y/Y. Losses worsened to $180.8 million, even worse than the year ago loss of $167.9 million. Similar to other social networking companies, Snap must adjust to the iOS platform and change the way its advertising targets viewers. Furthermore, it will need to reoptimize the advertising engine and the way ads are measured.

CEO Spiegel said that Snapchat will focus primarily on the performance of its advertising platform. It still needs to spend more engineering time, effort and energy to sustain ad effectiveness. Spiegel acknowledged, “I think we really underestimated where the tooling changes.”

Once Snap figures out how to optimize tracking on Apple’s new ad networking tool, ad conversions will rebound. But this will take some time. When Snap resolves these issues, earnings will recover and so will its shares.

Twitter will grow by enhancing personalization and relevance. For example, it will apply machine learning and artificial intelligence to everything it does. CEO Jack Dorsey mentioned newer products will drive its capabilities. He cited Spaces as an example of a product that will enhance customer communities. It lets people talk in a smaller room about a topic of interest.

In the past year, Twitter stumbled in reaching towards its 2023 mDAU target of 350 million. The company needs to refrain from barring people from the site. Twitter needs diverse viewpoints to create an open dialogue. If it interferes with conversational exchange, it weakens the platform. Investors may bet that Twitter loosens its policies. This will increase user registrations and activity.

The post 7 Social Media Stocks to Buy on the Heels of the Dead Pinterest Deal appeared first on InvestorPlace.