By Eddie Pan November 10, 2021
This story originally appeared on InvestorPlace

Reddit co-founder and head of venture fund Seven Seven Six Alexis Ohanian recently announced a partnership with the Solana Foundation. Together, they will commit $100 million to grow decentralized social media projects on the Solana (CCC:SOL-USD) blockchain. This comes at a time of heightened interest in the SOL crypto. 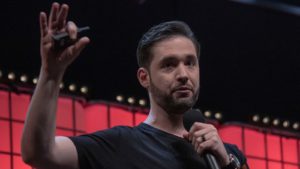 Ohanian first made the announcement at this week’s Solana Breakpoint conference. He previously planned to invest $50 million, but decided to double the amount while on stage. Investors should know that his previous investments include BitClout, QuestDB and Polywork, among others.

“With a high-performance blockchain like Solana, there is an unprecedented opportunity to fuse social and crypto in a way that feels like a web2 social product but with the added incentive of empowering users with real ownership,” Ohanian said.

Although the Web 3.0 revolution is still in its early innings, it is apparent that Ohanian is embracing the transition with arms wide open. There is no guarantee, though, that Web 3.0 will be a blazing success.

However, that uncertainty is not stopping Solana. The SOL crypto is currently trading at $244 and is up 11% over the past week and 56% over the past month.

What exactly does this partnership entail for the future of the SOL crypto and Web 3.0?

How Will This SOL Crypto News Drive Web 3.0?

On the date of publication, Eddie Pan did not have (either directly or indirectly) any positions in the securities mentioned in this article. The opinions expressed in this article are those of the writer, subject to the InvestorPlace.com Publishing Guidelines.