7 Stocks to Sell Before They Head to the Market Graveyard

InvestorPlace - Stock Market News, Stock Advice & Trading Tips So, which ones are stocks to sell ASAP? With these seven stocks, all former favorites on both Main Street and...

By Thomas Niel November 22, 2021
This story originally appeared on InvestorPlace

Editor’s Note: “7 Stocks to Sell Before They Head to the Market Graveyard” was originally published in early November 2021. It has been updated to include the latest available information.

The stock market overall is staying resilient. But uncertainties over inflation, interest rates, and a slowdown in economic growth still loom. With rockier times for the markets likely ahead, what are some of the key stocks to sell?

How about the scores of so-called “story stocks,” that have already started to pull back. They ran hot in 2020, and in the first part of 2021. Now many of these names have already drifted to lower prices.

Although meme stocks are still a thing, the Reddit crowd is either honing on particular plays or chasing new opportunities. Scores of the meme stocks that went “to the moon” earlier this year are making a slow-and-steady return to earth.

Besides just meme stocks, other former high-fliers are flying a lot less high now. For example, shares in companies that “crushed it” during the Covid-19 lockdowns, yet today are falling short of expectations, due to the U.S. and other major economies inching back to the “old normal.”

Meme stocks or not, these richly-priced names are at high risk of taking another big tumble if stocks overall experience a correction, meltdown or sell-off. So, which ones are stocks to sell ASAP? With these seven stocks, all former favorites on both Main Street and Wall Street, consider it high time to take the money and run:

Stocks to Sell: Beyond Meat (BYND)

With Beyond Meat, investors were previously willing to assign it a sky-high stock price. On the assumption that this purveyor of plant-based “meat” would thrive. Largely, thanks to rising rates of veganism, due to environmental and health reasons.

However, after performing well during the “Robinhood stocks” era of 2020, and the first bit of the meme stock phenomenon of 2021, investors have shied away from it. They have legitimate concerns about its valuation, as well as about its sales growth deceleration. Since August, when it announced underwhelming guidance, more pressure has been applied to it.

Trading for as much as $221 per share earlier this year, Beyond changes hands today at around $77 per share.

In his recent downgrade of BYND stock, Credit Suisse analyst Robert Moskow gaving shares the equivalent to a “sell” rating and a $75 per share price target. Moskow argues that the company may be at risk of hitting market saturation much sooner than expected.

Also, the company’s partnership deal with McDonald’s (NYSE:MCD) may wind up not being the big hit investors expect. Already back down to double-digit prices, and with plant-based “meat” appearing to be more a fad/niche than a disruptor, it’s best to stay away. 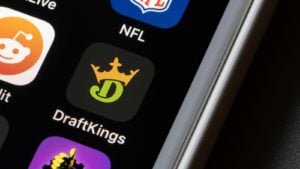 Zooming in price after its SPAC (special purpose acquisition company) merger, DKNG stock played a role in getting retail investors excited about shares in blank-check companies.

Before, this was a small segment of the stock market. Yet it wasn’t just the SPAC bubble that helped propel it from its $10 per share SPAC offering price to as much as $74.38 per share.

A first mover in a fast-growing market (legalized sports betting), at one point there was some logic to investors considering it a buy at any price. But now, as the competition heats up in this space, it’s looking less appealing to buy this gambling stock. Even after falling back to around $36 per share, DKNGstock still sports a high price-to-sales (P/S) ratio (12.6x).

DraftKings may still be growing its revenue at a rapid clip. In 2022, analysts expect its top line to soar 45.8%. However, as it missed projections in its latest earnings release, further underwhelming revenue results may lie ahead.

In addition, there’s another area of concern: profitability. Needing to offer bonuses and incentives to entice bettors, as rival offerings from Caesars Entertainment (NASDAQ:CZR), MGM Resorts International (NYSE:MGM), Penn National Gaming (NASDAQ:PENN), and others do the same, it’s going to be a while until it finally gets out of the red.

As sports wagering expands across more U.S. states, this company will likely continue to see sales growth. Yet if it starts coming in at a slower pace, or if concerns rise further about its eventual path to profitability, a further slide in its stock price may be in the cards.

When it debuted in the public markets last August, headlines coined the phrase “meta meme stock” to describe Robinhood Markets.

Just three months after its debut, shares in the Reddit set’s favorite brokerage house have not only fallen from the $85 per share high set on its first day of trading but, at around $29 per share today, HOOD stock is well below its $50 per share IPO price as well.

With this massive drop in price, some may see now as an opportunity to buy, as it trades near its 52-week low.

But as my InvestorPlace colleague Mark Hake recently argued, HOOD stock won’t rebound unless its crypto trading revenue bounces back this quarter. The drop in crypto trading volume was the main culprit behind its massive revenue miss last quarter.

Granted, as cryptocurrency prices across-the-board have been rising lately, the fintech company could see its revenues for the quarter ending Dec 31, 2021 recover.

However, this may not be enough to keep Robinhood stock steady. Much less, sending it soaring back to past highs. Still very pricey at 17.5x estimated 2021 revenues, and with the prospect of its revenue growth either going negative or screeching to a halt, shares have plenty more room to drop before they hit a more reasonable valuation. 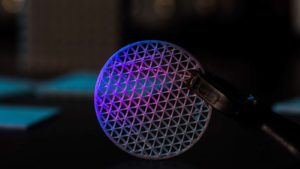 Since the summer, speculators have been hyped about MMAT stock for many different reasons.

First, before the reverse merger that turned the former Torchlight Energy into this metamaterials play, it was a short-squeeze play.

Then, after the deal close, investors buzzed about the prospects of a diabetes monitoring product the company is working to develop. While these two reasons have a semblance of validity, the same can’t be said about the latest reason why Meta Materials shares have remained at elevated prices.

I’m talking about what played out shortly after Facebook’s (NASDAQ:FB) announced plans to change its corporate name to Meta Platforms. As our Joel Baglole wrote Oct 29, in response, speculators bid up similarly-named Meta Materials stock.

The surge in price (from around $4.50 per share to around $5.50 per share) wasn’t as epic as the moves it made back in June. But it’s still something that’s kept the stock at a price well above its current underlying value.

As I made the case last month, in time, MMAT stock will head lower because it likely will need to raise more money via a dilutive stock offering. Plus, the risk that the proposed products using its metamaterials (materials with electromagnetic properties) fall short of expectations.

Lidar, or laser radar, is a technology widely used to enable self-capabilities in vehicles. With the potential size of this market, it was no surprise traders priced so much potential into MicroVision shares.

But in recent months, like many meme stocks, the hype has faded. Many speculators have moved on, to chase the next fast money opportunity.

It has dwindled in meme stock popularity, and today is more of a risky bet on turning its ambitions into tangible results. Unless it soon comes out with news of it entering a partnership deal with a major automaker, investors will continue to opt of owning this “also-ran” lidar play, and stick to more promising names.

For example, Luminar Technologies (NASDAQ:LAZR), which while still reporting losses, is much further along in turning its technology into a thriving, profitable business.

MicroVision’s lidar catalyst may still be strong enough to keep shares from giving back all their recent gains. Yet as it slides back to single-digit prices, keep this in the stocks to sell category.

A further decline appears more likely than a spike out of left field.

As you may recall, Ocugen, which is trying to bring vaccine candidate Covaxin (developed in India by Bharat Biotech) to the U.S. and Canada, soared recently.

Why? In anticipation of Covaxin obtaining an Emergency Use Listing (EUL) from the World Health Organization (WHO). Even as this designation had little bearing on its American/Canadian approval chances. However, in true “buy the rumor, sell the news” fashion, OCGN stock tanked when the WHO EUL became official.

Trading for above $15 per share earlier this month, Ocugen now changes hands at around $7.72. This, however, shouldn’t be seen as a “buy the dip” opportunity. As I’ve discussed in prior coverage here at InvestorPlace, the numbers simply don’t add up for this speculative biotech play.

It’s still far from getting full FDA (Food and Drug Administration) approval stateside, and in getting the go-ahead from health authorities in Canada. By the time it (possibly) gets approval it may not matter. Headwinds include vaccination rates in both countries already high, and President Biden’s vaccine mandate (despite a court-ordered pause) likely to continue to move the vaccination rate higher.

Plus, the prospect that Ocugen will sell enough doses to justify its current market capitalization ($1.91 billion) are murky. With little backing it up if its Covaxin catalyst fizzles out, count on it eventually moving back down to low single-digit prices.

Down nearly 50% in the last month, PTON stock may already seem as if it is in the market’s graveyard. Yet despite already getting sent six feet under due to a dismal earnings report, Peloton Interactive may still be at risk of taking an additional tumble.

As the at-home fitness company’s growth is falling fast due to the post-lockdown environment, confirming the fears of investors? Expect a further re-assessment of this busted growth stock’s valuation. Its premium P/S ratio of 3.3x could see more multiple compression.

That’s not to say Peloton is doomed to fall toward a P/S multiple equal to that of less glamorous peers. For instance, Nautilus (NYSE:NLS), which trades at a price-to-sales ratio of 0.5x. But as the affluent customers who opted for its at-home alternative make their way back to in-person fitness programs like SoulCycle, as the “new normal” continues to fade away? It has slim chances of reversing the trends that are now working against it.

It’s possible PTON stock reaches a point where it’s oversold. If that happens, it may be worth going contrarian on it. But now is not that time. Follow the market’s lead, and avoid this stock.

The post 7 Stocks to Sell Before They Head to the Market Graveyard appeared first on InvestorPlace.