InvestorPlace - Stock Market News, Stock Advice & Trading Tips The AMP crypto is on the move. The token gained more than 40% on Tuesday and could see further upside....

By Shrey Dua November 24, 2021
This story originally appeared on InvestorPlace

Altcoin bulls, rejoice! The Amp (CCC:AMP-USD) crypto is heading to the moon, or at the very least, a new six-month high. What is the catalyst? AMP gained 42% on Tuesday after receiving a listing on one of the largest crypto exchanges in the world, Binance. Now, with crypto bulls playing ball, where will it go next? 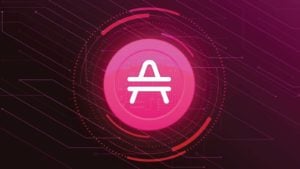 This is actually the second major listing for the token this month. Voyager added AMP to its exchange less than a week ago, on Nov. 17.  As such, the altcoin has been enjoying a wild month. It remains one of the few thriving alternative assets while most of the big-name cryptos attempt to shake a general downtick heading into the holiday season.

AMP functions as a sort of crypto collateral on the Flexa Network. In a situation where Bitcoin (CCC:BTC-USD) or Ethereum transactions fail for any reason, AMP can be liquidated to cover the transaction and pay the vendor. As such, it’s seen as a sort of safeguard for crypto payments.

So with all the momentum going for the token, where is it headed? Let’s see what some experts think about the fledgling currency:

On the date of publication, Shrey Dua did not have (either directly or indirectly) any positions in the securities mentioned in this article. The opinions expressed in this article are those of the writer, subject to the InvestorPlace.com Publishing Guidelines.

Electronic Arts (EA) Gains As Market Dips: What You Should Know