Is AMC Entertainment Setting Up for a Big Move?

A symmetrical triangle has formed in the chart of AMC Entertainment Holdings Inc. (AMC). This forms when a down trending resistance line is combined with an up-trending support line. If...

By Christian Tharp November 29, 2021
This story originally appeared on StockNews

A symmetrical triangle has formed in the chart of AMC Entertainment Holdings Inc. (AMC). This forms when a down trending resistance line is combined with an up-trending support line. If the stock breaks through either level, a strong move is expected. Read more to learn how to profit from this trade.

AMC has become one of the top meme stocks as Reddit traders forecast a large turnaround for the company. The retail investors expect a short squeeze and consumers heading back to movie theaters. While the company is recovering, its revenue is still considerably lower than its 2017 through 2019 numbers.

While its current cash balance of $1.6 billion is much higher than its short-term debt of only $29 million, it is considerably lower than its massive long-term debt of $10.3 billion. Sales have lost an average of 34.7% per year over the last three years.

However, revenues are expected to rise 581.3% year over year in the current quarter leading to a Growth Grade of B in our POWR Ratings system.  The stock looks very overvalued, though, with a price to sales ratio of 9.6. AMC was showing bullish momentum in June only to fall in July. Performance has been mixed since. This is evident in the chart below.

Take a look at the 1-year chart of AMC below with my added notations: 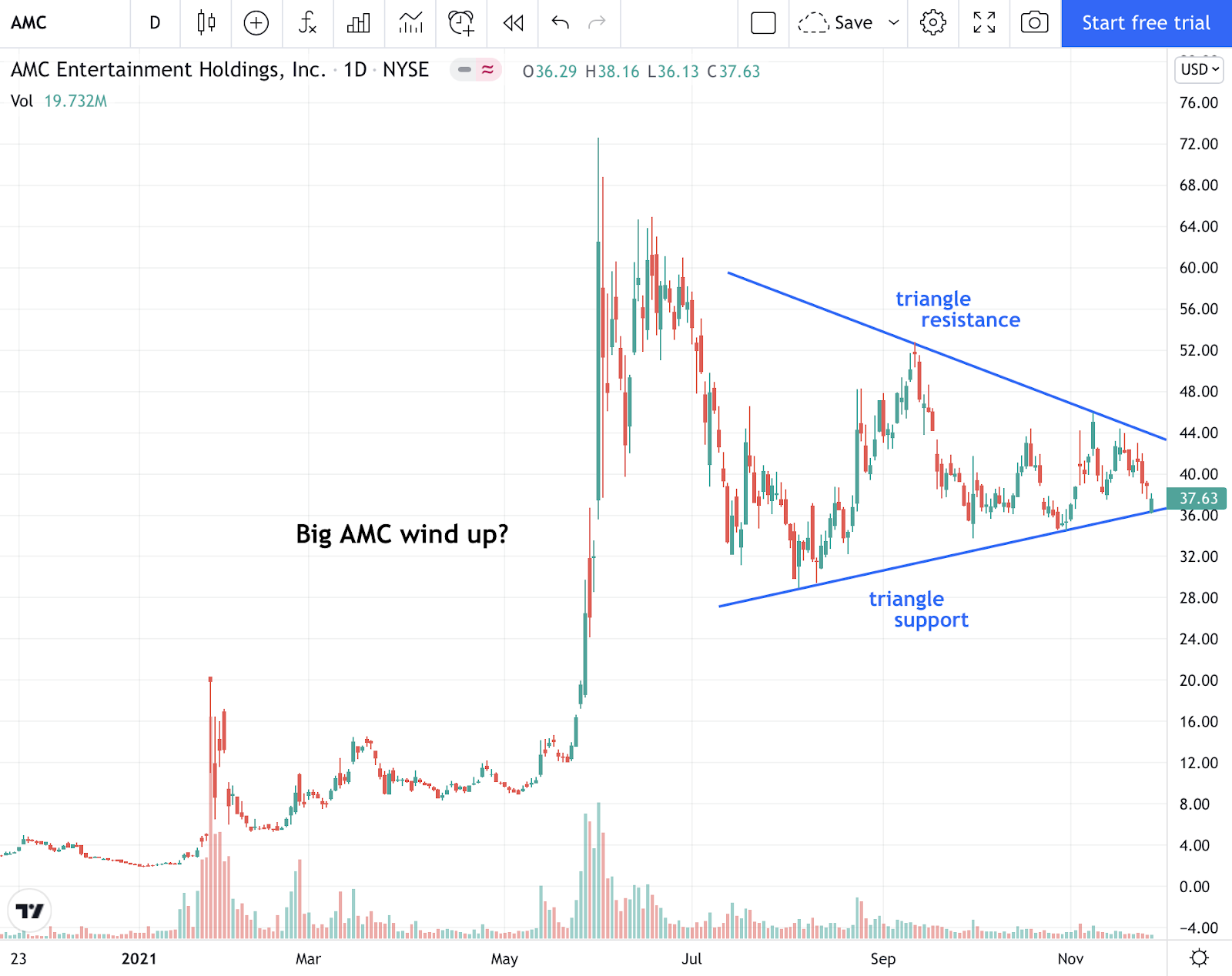 Chart of AMC provided by TradingView

AMC is consolidating within a common chart pattern known as a symmetrical triangle. A down trending resistance combined with an up-trending support forms the triangle pattern (blue). Since there is no true way to know which way the stock will break, traders will often wait for the breakout or breakdown before entering a trade.

The post Is AMC Entertainment Setting Up for a Big Move? appeared first on StockNews.com