Dogecoin Is Gaining More Utility, Even If It Is a PR Stunt

By Alex Sirois December 1, 2021
This story originally appeared on InvestorPlace 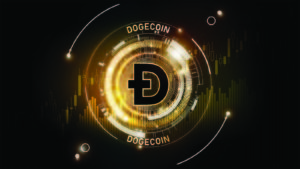 I’ve long held the opinion that it is nothing more than a tool for traders to make quick profits. It is simply appealing based on the fact that it moves so rapidly. In other words, detractors like myself find Dogecoin to be slightly better than many other forms of gambling at best.

Like many others, I’ve also long held that DOGE will live or die by its ability to add use cases and utility.

So, it is necessary then to at least recognize that Dogecoin has recently become more useful.

It deserves kudos for doing that much.

In the world of cryptocurrency the idea of utility can be defined in many ways. For example, a coin like Ripple’s (CCC:XRP-USD) XRP coin is useful in cross border transactions and remittances. Likewise, Cardano (CCC:ADA-USD) has utility in education as an example, and is building use cases in smart contract construction.

Those kinds of use define utility in that something is being built from those respective projects. That will ostensibly bring them value, thus increasing their price.

But another form of utility in the crypto space is that as a means for purchasing goods and services. i.e., What can I buy with this so-called cryptocurrency? Does it, in reality, act as currency?

This is where DOGE has made improvements of late. It is becoming a more widely acceptable form of currency.

The good news for Dogecoin is that Canadian healthcare service firm Ask The Doctor announced on Nov. 14 that it would soon be accepting DOGE as a form of payment.

It should be noted that Ask The Doctor has a long history of being at the forefront of cryptocurrency acceptance as a form of payment. Back in 2016, the firm garnered attention for agreeing to accept Bitcoin (CCC:BTC-USD) and five other cryptocurrencies as payment.

That implies that Doge is still far from seeing wider acceptance. Nevertheless, early adoption has to begin somewhere, and for that Dogecoin deserves recognition.

That news wasn’t the only update regarding increasing acceptance of the dog-inspired coin as a form of payment.

Earlier this month, AMC Entertainment (NYSE:AMC) became the first major cinema chain to accept DOGE for the purchase of tickets and concessions.

Regal Cinemas followed in the path blazed by AMC, recently allowing crypto including Dogecoin as a form of payment. Regal Cinemas boasts over 500 cinemas in 46 states and Washington D.C. It will accept various forms of crypto at all of those locations.

The optimist in me looks at the bigger picture. Cryptocurrency is becoming further and further embedded into the fabric of our economy. I personally think that’s great. But the cynic/realist in me sees the acceptance of Dogecoin for payment as a PR stunt more than anything else.

Flagging companies, including AMC, have every reason to bring attention to themselves. The old saying that “any press is good press” comes to mind. So, I have to cynically believe that AMC’s motives are more driven by the headlines Dogecoin garners rather than its economic goodness of fit to the firm.

As stated, Dogecoin deserves kudos for its increasing utility as a form of payment. I still can’t say I’m swayed at all, though. Dogecoin has little behind it as a project.

It will always be a “joke” as it was conceived to be just that. Its strange ascent and the ensuing attention is why it now is being accepted for payments. Little else. Yes, it’s cheaper than other cryptos, but it still has a long road ahead before it merits legitimate attention.

The post Dogecoin Is Gaining More Utility, Even If It Is a PR Stunt appeared first on InvestorPlace.