After ten years on Wall Street, Jack Tao had seen it all. He founded Phemex in 2019 after a decade of observing just how unfairly traditional finance and its associated services treated the average investor

By Shishir Jajoo December 3, 2021
Opinions expressed by Entrepreneur contributors are their own.
You're reading Entrepreneur India, an international franchise of Entrepreneur Media.

People usually receive gifts on their birthdays, but as part of its second anniversary celebration, Phemex is flipping the script. This November, Singapore’s premier digital asset derivatives exchange is calling out to all its users to celebrate two years in the making, and awarding those who come up with the most imaginative and unique birthday wishes. Join its Choose Your Reality event to discuss your personal dreams and aspirations -- a few special winners might just have their wishes granted.

Blockchain technology is still quite new, but it proposes some interesting solutions to the world’s financial problems, and for Jack, creating Phemex was about harnessing that potential.

Starting out with just three contract pairs, the Phemex ecosystem has expanded to accommodate 39 contract pairs, 40 spot pairs, and over 1.5 million users in just two years. The platform has a reported daily trading volume records worth over $12.5 billion, and with its fast, lightweight trading engine, and commitment to security and integrity, Phemex is ushering in a new paradigm for digital asset markets.

The last two years have brought unexpected challenges to nearly all corners of the global economy. Rising prices and shifting consumer demands have placed some established businesses into ruin, but the blockchain industry has arguably never seen better days, and Phemex is a fine example of that.

Soon after its launch in 2019, the platform conducted a giveaway in the form of a puzzle, and awarded anyone who could solve it a whopping 2.1 BTC. The puzzle quickly went viral, expanding Phemex’s reach and user-base right off the bat. In May 2020, the exchange took its premium members to “The Era of Zero,” slashing all fees on spot trades.

Phemex is well known for taking a very compassionate approach to its platform and users. In early 2020, amid a medical supply crisis in Wuhan, the exchange even facilitated the purchase and transport of masks from Japan to the epicenter of the COVID-19 outbreak with the help of volunteers from the Wuhan People’s Hospital. 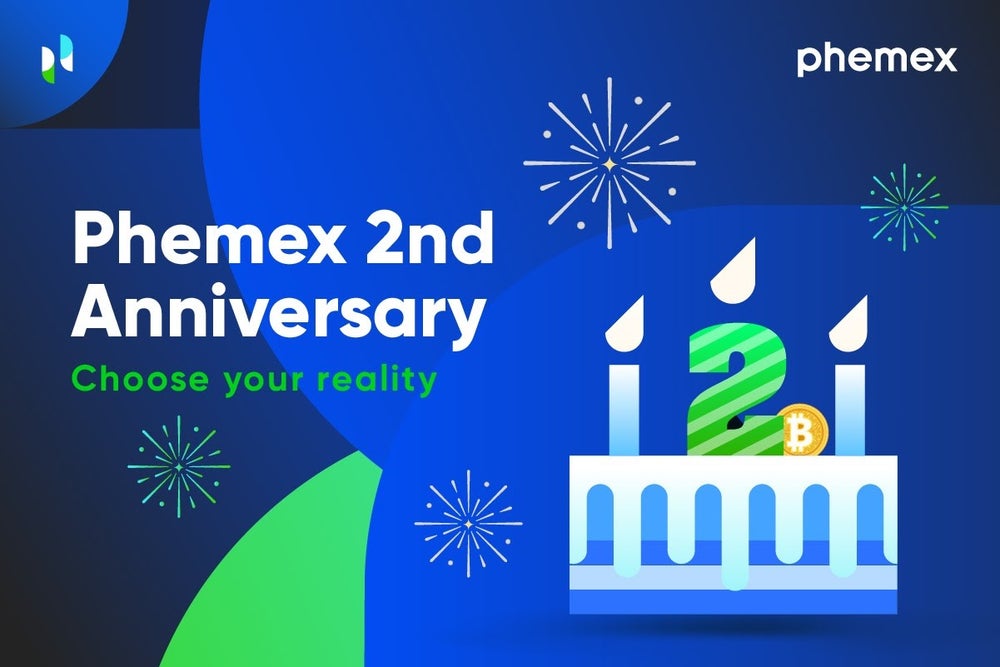 Phemex also launched its Earn Crypto program, enabling the platform’s users to earn up to 8.5% APY on deposits of USDT worth up to $1.5 million. Additionally, for the first time ever, Phemex launched and auctioned its first NFT in a collaborative event with its community this year. The artwork was sold on OpenSea for an impressive 44 ETH, and contained the Ether deposit addresses of more than one thousand Phemex traders.

Blockchain technology is advancing rapidly, pushing the limits of the problems money and financial services can solve. However, technologies like DLT, which have the potential to cause deep-routed societal change, don’t just achieve mass adoption in an instant. It took over a decade for the Internet to gain substantial momentum, and even today, only a fraction of the global population has access to it.

Phemex understands the value of technological education, and in its endeavour to fast-track blockchain’s adoption, the exchange launched its Learn and Earn platform this year, incentivizing its users to obtain a deeper understanding of the technology behind digital assets. They even launched an Academy portal with over 400 informative articles on various crypto-related topics.

In 2019, the potential of cryptocurrencies and blockchain technology had already started making waves in financial circles, and robust digital asset exchanges already existed. However, Phemex was created not to be just another cryptocurrency exchange -- it was founded to become the most reliable digital asset exchange on earth. With its stellar track record over the last two years, the platform has most certainly lived up to that ideal, fostering an environment for both Phemex and its community to grow together.

While Facebook may have recently popularized the concept, the idea of a metaverse has existed for decades. The metaverse is a future vision for social media technology, and with how distributed ledgers are redefining the sentiment around digital ownership, Phemex believes we could be closer to this future than it seems.

Over 1500 experts from the blockchain industry were present at Phemex CEO Jack Tao’s speech during the recent World Blockchain Summit in Dubai, where he spoke about the metaverse narrative, and how Web3 products like Non-Fungible Tokens (NFTs) are pushing the boundaries of what’s possible for the future.

“NFTs are here to stay, not because some have been sold for millions of dollars, but because millions have been sold for some dollars. Digital collectables are not only the playground of crypto-whales; they are spreading in the direction of mass distribution,” he said. “No one quite knows what it will look like, but that’s sort of the point. The metaverse won’t be constructed by a handful of centralized conglomerates -- it’ll be assembled by billions of people.”

The vision of a metaverse involves blurring the lines between interactions made physically and digitally, and constructing a world where people can redefine themselves at will and achieve anything they desire. As mainstream audiences begin adopting NFTs, the idea that individuals can possess ownership over digital assets is slowly becoming a reality.

Niches within the DeFi space like GameFi are forcing the industry to reassess the limitations of blockchain networks, with various successful P2E platforms making their way to the mainstage in just the last two years. Phemex has always championed the adoption of experimental technologies, even launching its own GameFi product on their first anniversary last year.

With the metaverse converging on us, Phemex hopes to catalyze society’s transition to the digital world that the future holds in store. With its second anniversary fast approaching, Phemex is celebrating the industry’s shared ethos of distributed control, handing power back to the people by breaking through the confines of established traditional institutions, and breaking free into the future of a digital society.