By Josh Enomoto December 17, 2021
This story originally appeared on InvestorPlace

Despite some of my probing questions regarding cryptocurrencies, I’m actually a fan of blockchain innovation. Indeed, I was one of the first people to discuss cryptos on InvestorPlace. And I’ve shared how the asset class has changed my life for the better. So, when I assess new opportunities like Enjin Coin (CCC:ENJ-USD), I’m actually coming from a place of gratitude. 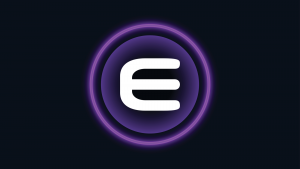 At the same time, I don’t like nonsense (I’d use a stronger word, but editorial standards limit me). It’s hard for me to tow the corporate line just for the sake of towing it. Therefore, I easily frustrate those who have strong political views. I find it impossible to whittle the complexities of life into a binary spectrum.

Thus, when analyzing something like Enjin Coin, I can appreciate what it has to offer. According to CoinMarketCap, Enjin is a “company that provides an ecosystem of interconnected, blockchain-based gaming products. Enjin’s flagship offering is the Enjin Network, a social gaming platform through which users can create websites and clans, chat, and host virtual item stores.”

Among the many applications undergirding Enjin Coin, it’s the ability to tokenize in-game items that has many people intrigued.

As you know, the internet is undergoing a transition called Web 3.0. Long story short, Web 1.0 represented the absolute basics of internet access. Web 2.0 presented far greater utility and interactivity but at a cost of monopolization by big technology firms. Therefore, Web 3.0 is the internet decentralized, where the people control and monetize their content.

Similarly, gaming is also undergoing its own evolution, which bodes well for Enjin Coin. Today, technology has made it possible for developers to create community-driven gaming ecosystems and economies, away from the greedy hands of big gaming companies.

Eventually, whether you’re talking Enjin Coin or any other digital asset, the probability of its success gets closer to zero the more competition rises and the less distinct the offering becomes.

Am I saying that Enjin Coin is heading to zero? Absolutely not! The point is that while its play-to-earn gaming model is extraordinarily compelling, it’s compelling on an almost exclusively technical sense. The underlying project still has a marketing challenge to address. Otherwise, if competition skyrockets, who’s going to fund or imbue value in these in-game non-fungible tokens?

So while play-to-earn is a groundbreaking invention, you’re not betting on the invention (because it’s decentralized). Rather, you’re betting that Enjin Coin is the superior iteration of play to earn.

ENJ is a Wager on Results, Not the Selling of Tickets

I hope what I said above makes sense. With cryptos, whether it’s Enjin Coin or something else, you’re not investing in the concept of the blockchain or decentralized applications or play-to-earn models or whatever else computer programmers have dreamt up.

No, blockchain, DeFi, play-to-earn, these are all open-source concepts. You take from them however you please. Instead, when you’re buying Enjin Coin or whatever crypto, you’re making a bet that this particular coin or token has the superior and more marketable iteration than the competition.

That’s a much different proposition than betting on the play-to-earn model as a whole. Frankly, it’s well within possibility that ENJ could fail while the play-to-earn concept thrives. Thus, if you’re going to bet on Enjin (or any crypto for that matter), you should do so with throwaway money.

How Your Company Can Keep Pace in 2022

10 Deals on Apple Products and Accessories