Despite its massive drop in price since last winter, there’s still a lot of optimism for Desktop Metal (NYSE:DM). Given the potential growth the additive manufacturing (3D printing) industry could see in the coming years, I understand why many may continue to give the company some slack and hold onto their positions in DM stock. 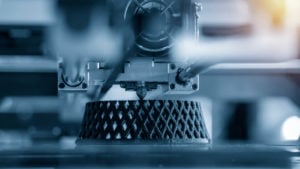 The industry may have a promising future. But regarding the future of this 3D printing play? The jury’s still out.

Yes, it’s snapping up competitors, and ramping-up manufacturing capacity. The company’s management believes “pent up demand” justifies them keeping their foot firmly on the gas.

Yet despite their big ambitions, so far it has failed to deliver. Execution has been an issue. That’s clear based the company’s most recently reported results, which were horrendous. Not to mention, its walking-back of its guidance.

With these dim prospects in mind, can things really improve in the coming quarters? It’s hard not to see DM stock, down around 85% from its all-time high, making its way to lower prices.

Of course, I wouldn’t say a comeback has zero-percent chance of happening. I could be proven wrong, with the “pent up demand” thesis fully playing out. But with little evidence that’s going to be the case, there’s little reason to dive into this name, as it drops toward penny stock levels.

Here’s a closer look at why you should avoid DM today.

DM Stock at a Glance

After going public via a special purpose acquisition company (SPAC) merger about a year ago, Desktop Metal shares were flying high in early 2021. As a popular play in a hot, fast-growing industry, it’s not hard to see what that was the case. That’s especially true when it had high-profile investors like Chamath Palihapitiya in its corner.

But after hitting prices nearing $35 per share last February, the market began to sour on DM stock. Blame this on many factors. The waning popularity of SPAC stocks, for one. Some may say the end of the Reddit/meme stock phenomenon’s initial wave could have been a factor too, though it’s not for certain.

Along with these more market-related reasons, company-specific factors played a role too in its steady price drop over the past ten months. The company has aggressively used M&A (mergers and acquisitions) to bulk up its operations. Among many deals, so far this year it has completed two large ones. First, its $300 million purchase of EnvisionTEC, completed in February. Then, more recently, its $561.3 million purchase of ExOne.

Some may be worried it’s biting off more than it can chew as it spends heavily (using both cash and stock) to become a leader in this industry. Along with this, there’s the worry about the big gap between its big plans, and its actual results.

Talking a lot about its M&A strategy, you may have the idea that DM stock is simply a roll-up acquisition play. However, I’ll admit that the company has big potential to grow its sales organically. Or else, the company would not be ramping up manufacturing capacity for its flagship Production System P-50 printer.

Citing “pent-up demand,” management sounded very confident it would deliver strong results in the coming year. OK, so the company is doing a lot more than trying to “buy growth.” Sounds good, right?

Just a few weeks after making such an optimistic statement regarding “pent-up demand,” the company released results were in stark contrast to these prior statements. For the quarter, it generated revenue of $25 million, below sell-side estimates calling for $27 million in revenue. The company also lowered its full-year guidance for revenue, as well as higher projected EBITDA losses for 2021.

Laying much of the blame on the global supply chain headwinds, CEO Ric Fulop bluntly remarked: “ultimately, we didn’t execute in the last quarter.”

Fulop quickly followed this up with more optimistic statements about improved results in 2022, thanks to the P-50. Yet given its latest results, and the fact management has been vague about its growth potential in 2022, I wouldn’t put too much faith in “pent-up demand” saving the day. Not when more “poor execution” could be what’s in store.

The Verdict on DM Stock

Currently earning an “F” rating in my Portfolio Grader, there’s no need to catch the falling knife that is Desktop Metals. Spending down its SPAC war chest by gobbling up its 3D printing rivals, it may end up overextending itself.

Despite its attempts to gin-up buzz among investors for its P-50 printer, which it believes could benefit from high demand in 2022, the company’s struggles with execution, which can only be partially blamed on the supply chain crisis, make it hard to believe things are going to improve in the span of a quarter or two.

Desktop Metals is much more likely to move lower on more disappointment, than stage a rapid recovery. Stay away from DM stock.