Reasons to Be Skeptical of Naked Brand’s Pivot to EVs

InvestorPlace - Stock Market News, Stock Advice & Trading Tips NAKD Stock's foray into the EV realm has people excited about its prospects, but its unlikely to amount to much....

By Muslim Farooque December 29, 2021
This story originally appeared on InvestorPlace

Many had hoped that the retail trading frenzy and the strategic shift toward eCommerce would breathe new life into Naked Brands (NASDAQ:NAKD) stock. However, in a bizarre turn of events, the intimate-apparel company is pivoting toward commercial electric vehicle (EV) technology. Though it’s a fascinating prospect for the company, it comes with plenty of risks, limiting the turn-around potential of NAKD stock. 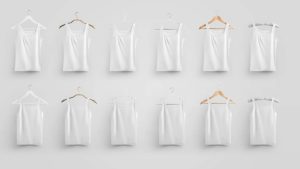 Naked Brands has had it incredibly tough in the past years. The company has struggled for top-and bottom-line growth, leading to the radical decision to sell its brick-and-mortar operations. Moreover, the meme-stock mania helped the company raise a sizeable amount of cash to hunt for value-creating targets. However, a merger with Chinese EV firm Cenntro Automotive Group would have surprised everyone.

The meme-stock interest has now faded away. But its price is up to where it should be for its EV merger, as it has recently undergone a reverse stock split. Though these developments have helped lift the stock considerably, it is simply an eyewash to many of its glaring issues.

Cenntro Automotive Group is a China-based EV firm specializing in the production of light electric commercial vehicles. Unlike several EV startups that have opted for a reverse merger, Cenntro isn’t in the pre-revenue stage as its flagship vehicle has sold over 3,300 units.

The company expects a 50-fold increase in deliveries in the next couple of years. This year it expects to generate $25.3 million in revenues and a whopping $2.1 billion by 2023. On top of that, the company boasts compelling gross margins in excess of 25%.

Cenntro has the edge over its peers in that it specializes in an EV market expected to grow exponentially in the future. Research suggests that the market for commercial electric vehicles will grow at 41.1% through 2028. If these reports are true, then Cenntro is operating in the fastest growing niche in the EV market, resulting in massive revenue growth down the line.

Naked Brand’s merger with Cenntro has plenty of positives, but several red flags raise concerns about the future. Firstly, growth hasn’t been too impressive in the past couple of years, especially during 2020 when Cenntro sold just 707 units.  Moreover, despite healthy gross margins, the company’s losses from operations are sizeable, which continue to cripple its potential. A lot of it is attributable to massive operational expenses.

Though Cenntro’s niche is somewhat of a novelty in the EV sector, plenty of competitors are chomping at the bit for supremacy. Some of these include BYD Company Limited (OTCMKTS:BYDDF), Diamler AG (OTCMKTS:DDAIF), Nikola Corporation (NASDAQ:NKLA), and others.  Additionally, there is always the threat of new entrants, considering how lucrative the niche could be down the line.

Another troubling element for Cenntro is that its bulk sales during 2020 were from vehicle kits. It’s tough to see how the company can nail its production targets in the future. There is also the another perplexing matter of Cenntro’s focus on the United States. It plans to make substantial inroads in the market, but it will be interesting to see how it fares with so much competition.

Naked Brands has had quite the year. It got caught in the meme-stock rally, which helped its finances. Then it announced a strategic shift toward online retail, which attracted investors. Then came the announcement of the reverse split to lift its price past penny stock territory.

However, virtually everyone is baffled by the foray into the EV realm, but it could potentially get it out of the lurch it is in. Cenntro has multiple risks with its business, which are likely to limit the upside of its business deal with Naked Brands. Hence, it’s best to avoid NAKD stock.

The post Reasons to Be Skeptical of Naked Brand’s Pivot to EVs appeared first on InvestorPlace.