If something comes from your heart, it will reach the heart of your audience, says Dr. Vivek Bindra

“I believe my story has all the ingredients of a good movie script,” quips Dr. Vivek Bindra, motivational speaker, founder and CEO, Bada Business.

Bindra had a difficult childhood. His father left him when he was only three.  The family circumstances were such that he was separated from my family. This is what gave wings to his entrepreneur journey.

“While I did not know the literal meaning of the word ‘entrepreneurship’ back then, I can definitely say that I knew its essence. When I was 16 or 17 years old, I started tuition classes in my colony. Opening a centre was a costly affair, and needed CAPEX. I conceived a fly-light business model. I spoke to some teachers, distributed pamphlets, and hired a telephone operator. I worked only as a demand-supply medium on a commission basis. I consciously decided not to get involved as a tutor as it would have limited my role and scalability. You can call it education with entrepreneurship or edupreneurship. It worked and I started earning, not just enough money but a substantial amount for sure,” he said.

He believes that one’s past plays a crucial role in fashioning his or her future. Bindra was a sports enthusiast and from there he learned the art of ‘bouncing back’. But his life-changing moment was when he left worldly life and spent four years as a monk.  “I started living the life of a ‘Bramhachari’, studied the shastras, and helped poor children. The Bhagavad Gita gave me a fresh perspective of life--How you can transform a hopeless end into endless hope, breakdown into a breakthrough. The underlying principle here was:  try don’t cry,” he said.

Pre-Covid, Bada Business was a 300-people company. Now the figure stands at approximately 750. During the past six months, it has expanded from 60 branches to 125 across the country,  and office area from 400 square feet to 40,000 square feet in four years. 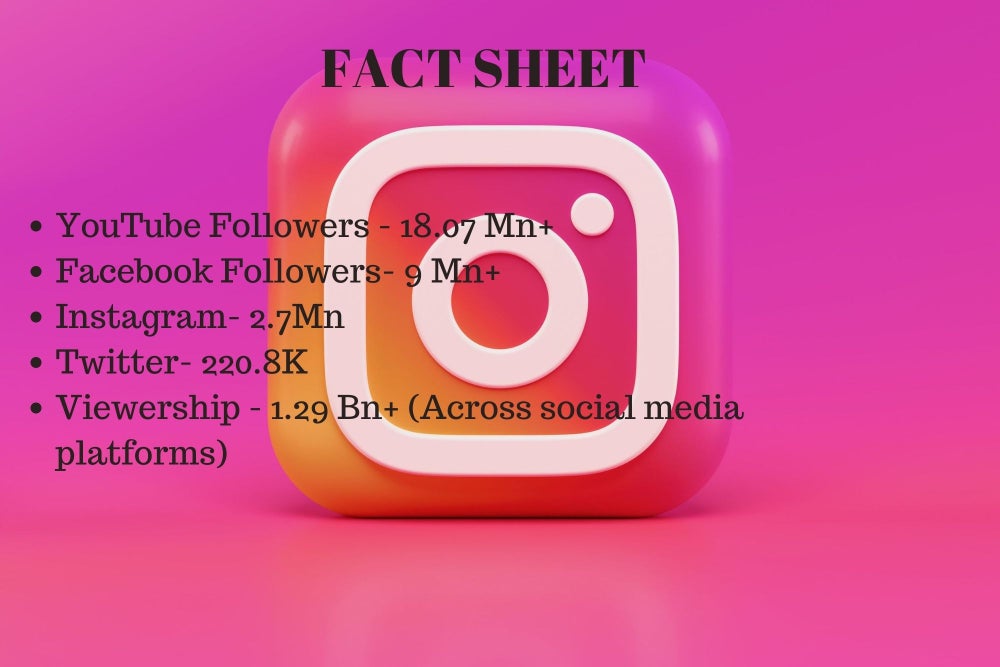 However, becoming a content creator was never a plan for Bindra. And it still isn’t, he says. When he started his journey as a corporate trainer, he realized very soon that in India for the top tier companies, there are consultants like KPMG, Mckenzie, Ernst & Young etc to help them grow. For the bottom of the country, the government is running initiatives of skill and development. However, there was no one from the business community who was helping them to grow their businesses. “And this was the largest requirement and that too in their local language, which is Hindi. So, when I realized that I came up with free content for them. I realized that the SMEs, MSMEs, entrepreneurs, solopreneurs, wannapreneurs required business coaching in simple Hindi language because they were not able to go for premium education as it required prior qualifications. And the quality of content and teachers was not up to the mark. Hence I came up with this channel so that I could provide a free university for content on business for tier-2, tier-2 people,” he said.

As a closing note to the interview, he leaves us with an advice to aspiring YouTubers and influencers: “Be what you are and don’t try to become someone else. If something comes from your heart, it will reach the heart of your audience. Feel the content so that the audience can connect with you.”

Shanthi specializes in writing sector-specific trends, interviews and startup profiles. She has worked as a feature writer for over a decade in several print and digital media companies. She is also a mom who looks forward to playing a game of cards with her tween daughter every evening after work.

The Yasmin secret to fitness