Why Now Is a Good Time to Avoid StoneCo Stock

By Louis Navellier and the InvestorPlace Research Staff December 30, 2021
This story originally appeared on InvestorPlace

2021 was a tough year for financial technology (fintech) stocks. But in terms of losses, none of them hold a candle to StoneCo (NASDAQ:STNE). While major plays in this space are down around 20% for the year, STNE stock is down about 80%. 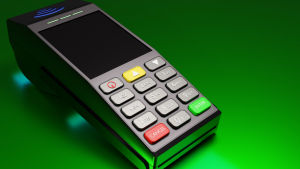 What’s behind this Brazil-based payment processor’s tremendous drop in price? You can’t place the blame on market volatility. Instead, the blame lies with its poor operating performance. Largely, due to tough macro conditions in its home market. With that in mind, these conditions — including high inflation and other headwinds — will likely persist, impacting results in 2022.

That’s not all, though. In addition, there’s a possible red flag, brought to light in a “short report” issued about the stock back in October. I won’t speculate too much about this development. Having said that, it’s still something that has put pressure on the stock, which has gone from as much as $95.12 per share, to around $17 per share, since February.

At first glance, with shares down so much, it may look like a possible “bottom-fisher’s buy.” Legendary investor Warren Buffett’s association with it (albeit non-material) may pique your interest as well. However, take a closer look at the details. It’s clear that “stay away” is the best course of action with this sinking stone of a stock.

STNE Stock and How It Fell

During 2020, and through early 2021, StoneCo shares were on a tear. Sell-side analysts were bullish, including it alongside more familiar names as a solid “digitalization of money” play. Some investors may have seen this more under-the-radar name as a possible contender to join the ranks of its more well-known U.S.-based peers.

But starting in February, this narrative that sent the stock rocketing higher completely vanished. Its position as a fintech leader in a key emerging market was no match for the near-term economic headwinds being experienced now in that same market.

Like I discussed in my last article on STNE stock, Brazil’s economy remains hit hard by the coronavirus pandemic. In addition, there are issues stemming from high inflation. If you think the level of inflation we’re seeing stateside is bad, take a look at Brazil’s numbers. Its annualized inflation rate is now at double-digits. The global supply chain crisis has also hit its economy much harder than America’s economy, as its more dependent on exports for its economic health.

The results? A severe impact to its bottom line. Over the past three quarters, it’s seen a pronounced drop in its operating income, with its third quarter operating income down more than 50% compared to the prior year’s quarter. With this, it’s easy to see why sentiment has done a 180 over the past ten months.

By No Means ‘Cheap,’ and it Could Get Cheaper

Again, with its outsized decline in price, you may think the market overdid things a bit. That is, pushed STNE stock to a discount valuation. Yet taking a look at traditional financial metrics like price-earnings ratio (P/E), this stock is by no means cheap.

At its current price, StoneCo trades for 104 times analyst projections for its 2021 earnings. Now, you may say it’s unfair to use this metric. After all, the sell-side estimates much better earnings for 2022, with earnings per share (EPS) consensus coming in at 64 cents.

Using this number, shares look seemingly cheap for a fintech play, at just 26 times next year’s earnings. However, you need to keep in mind that Brazil’s economic challenges will likely carry on into the coming year. This makes it hard to assume it’ll in the quarters ahead deliver results in line with consensus. Instead, we can see the same sort of numbers in upcoming earnings releases as we saw in the most recent one.

If that happens, StoneCo, a “cheap stock” in the eyes of some, could get even cheaper in the months ahead. Treading water in the high-teens per share for the most month, it may seem like it’s bottomed out. Still, more disappointment (which is very likely) could arise, perhaps sending this stock, which once flirted with a move to triple-digit prices, down to single-digit levels.

The Verdict on STNE Stock

Earning an “F” rating in my Portfolio Grader, the situation with this former high-flier has changed dramatically throughout 2021. With the root cause of these issues likely to carry on into 2022, I wouldn’t expect any sort of comeback over the next twelve months.

Instead of being a misunderstood growth story, or a turnaround play, StoneCo is a clear-cut “stay away” situation.

Down more than 80%, and at high risk of taking another double-digit plunge, avoid STNE stock.

The post Why Now Is a Good Time to Avoid StoneCo Stock appeared first on InvestorPlace.