Matterport Just Became Much More Interesting Due to Enview

By Alex Sirois January 12, 2022
This story originally appeared on InvestorPlace

Matterport (NASDAQ:MTTR) stock immediately became more relevant in the metaverse with its recent acquisition of Enview. 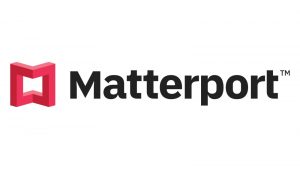 Matterport itself wasn’t a particularly well-known stock until recently. But following the increasing awareness of the metaverse, it has garnered more awareness for MTTR stock.

Matterport is concerned with digitizing what it calls the built world. In other words, it uses data to build 3D models — or digital twins — of buildings and spaces.

In fact, Matterport wasn’t publicly traded before it merged with Gores Holdings VI via a special purpose acquisition company (SPAC) deal on July 23. So, it’s relatively new. But it is becoming increasingly relevant, especially given its Jan. 5 acquisition of Enview.

Matterport was already on many investors’ radars simply due to its association with the metaverse. It could very well become the dominant player in digitizing buildings and spaces which populate the developing metaverse.

And on Jan. 5, it became even more entrenched in the space when it acquired 100% of the equity interest in Enview, a 3D spatial data AI firm. Enview’s development is inherently interesting, and an attractive company in its own right.

Enview is a company that was born out of a hypothesis that the world would soon be 3D scanned and that cloud data insights were a massive opportunity.

Co-founder and CEO San Gunawardana was a PhD graduate in aerospace engineering who graduated from Stanford University. He ended up going to Afghanistan with the U.S. Army to prototype tools for its use.

While there, he came to understand how the Army was creating nation-scale digital twins of areas using LiDAR technology. He immediately saw the potential opportunity of it for the Army in its operations, but also as a commercial tool. However, it was limited in that it required extensive manual effort in order to extract insights.

So, he had a thought: Combine the power of cloud computing with AI and LiDAR technology, and apply it to the commercial side.

After completing his time with the Army, Gunawardana and a friend launched Enview. Their mission was to create an analytics framework which can derive insights for 3D scanned areas.

Matterport is becoming more and more vertically integrated in the built world space. Before it acquired Enview, Matterport already boasted impressive numbers. It counted 6.2 million spaces under management and a subscriber base of 439k users across 170 countries.

Now Matterport has a powerful data analytics tool that leverages the cloud. It can derive powerful insights regarding those spaces.

There are many possibilities regarding the improved utility the firm will now have in the metaverse space. I could imagine that Enview will help Matterport to understand the commercial value of various spaces in greater detail.

If Matterport builds such functionality through Enview, there’s massive revenue potential. Just imagine how much individuals and firms would pay to be able to better estimate revenue in a given digital space.

Such insight could be used to make more sound business decisions. And such insight would at the same time, help to establish realistic market values for digital spaces.

It must be exceedingly difficult to decide where to build commercial space within the metaverse now. On the one hand, companies know there’s a huge opportunity afoot. But on the other hand, the retail market isn’t analogous to that in the real world: Identify the next Rodeo Drive or Fifth Avenue and you’re immediately very important.

I’m not saying this is exactly where Matterport is headed, or that Enview immediately makes such a reality possible. But it does seem closer.

And for that reason, I think MTTR stock is headed upward for the time being.

I believe Matterport is further cementing its position as a metaverse play and a vertically integrated firm. Consider purchasing it now.

The post Matterport Just Became Much More Interesting Due to Enview appeared first on InvestorPlace.