InvestorPlace - Stock Market News, Stock Advice & Trading Tips A slow rise in interest rates will be great for Bank of America stock in 2022. A rapid rise, however,...

By Dana Blankenhorn January 13, 2022
This story originally appeared on InvestorPlace

I bought Bank of America (NYSE:BAC) stock back in the summer of 2020 for a simple reason: if money is going to cost money again, those who sell money will prosper. 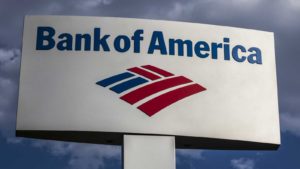 Since then, Bank of America stock has become the star of my portfolio, nearly doubling my investment. And it’s not done yet. That’s because I’m usually early to a financial party, and this one is just getting started.

Restaurants sell food for more than they pay for it. Banks sell money.

For Bank of America, the net interest margin in September was 1.93%  But getting an estimate of earnings from that isn’t simple. According to the Federal Deposit Insurance Corporation (FDIC), bank interest margins in June ranged from 1.69% on mortgages to 9.41% on credit cards.

Loan margins have been so low for so long that big banks no longer rely on loans for income. In its third quarter report, Bank of America reported $11.1 billion in interest income, but $11.7 billion in non-interest income. Total net income was $7.7 billion, 85 cents per share, against $4.9 billion and 51 cents a year earlier. This was helped by the fact that just .20% of loans went bad and had to be written off, half the rate of a year earlier.

Bank of America next reports on Jan. 19. The official earnings estimate is for net income of 76 cents per share. But there’s a “whisper number” for 86 cents. In other words, analysts are upbeat. TV’s Jim Cramer calls Bank of America stock incredibly cheap. JPMorgan Chase (NYSE:JPM) likes BAC stock even better than its own.

With both money and trading booming, people are turning away from tech stocks and toward the good old bank. As the Federal Funds Rate rises, many Bank of America loans will reprice. The bank has estimated that a 1% rise in rates would raise its net interest income by $7.2 billion. Some think the stock price could double this year to $100.

If that happens, I’ll be lightening up. As I’ve written before, bankers are becoming apps. Bank of America has tremendous technology debt, older code and computing systems that cost money to run. Fintechs can strip that out complexity, run operations in the cloud, and do the business for less. Right now, Bank of America has time to adjust with new tools. If things get tight, the rush toward lower-cost options could be brutal.

The Bottom Line on BAC Stock

Banks are conservative investments. They’re not supposed to double the gain in the S&P 500, as Bank of America stock has for the last year. They’re ballast in your portfolio, offsetting riskier investments with modest, but regular gains.

I’ve been telling readers this for a while. Don’t worry about short term gyrations. Gains of 10% are fine if your nest egg is big enough. If you’ve got $1 million in your retirement account, as many of my fellow Baby Boomers do, a 10% gain is $100,000. That will do nicely, and you won’t have to spend every other day checking up on it.

On the date of publication, Dana Blankenhorn held a long position in BAC. The opinions expressed in this article are those of the writer, subject to the InvestorPlace.com Publishing Guidelines.

Dana Blankenhorn has been a financial and technology journalist since 1978. He is the author of Technology’s Big Bang: Yesterday, Today and Tomorrow with Moore’s Law, available at the Amazon Kindle store. Write him at danablankenhorn@gmail.com, tweet him at @danablankenhorn.