Dhruvil Sanghvi, CEO, Loginext on building the next in Logistics

A Man of Ambition

By Punita Sabharwal February 10, 2022
Opinions expressed by Entrepreneur contributors are their own.
You're reading Entrepreneur India, an international franchise of Entrepreneur Media.

Dhruvil's tryst with entrepreneurship began quite early, being born in a family with a strong entrepreneurial lineage. His father, grandfather, and great-grandfather were all involved in some kind of trading, manufacturing, or business of their own. As such, he spent much of his teenage years keenly observing & learning as his father went about running his business. He would often tag along, always eager to be on the frontline and trying to understand all aspects of the engagement first hand. The obvious choice would have been to join the family business but Dhruvil had other plans.

It was in class 11th when everyone wanted him to take up commerce as his core field of studies, he however chose to follow his own instinct and took up Science. He had a natural knack for mathematics, computers, and physics which flowered during his high school years and subsequently also during his college time. After completing his graduation from India, Sanghvi went on to study at the prestigious and renowned Carnegie Mellon University (CMU), which he describes as a life-changing experience. He utilized the time well, to maximize the opportunity at hand to learn as many skills as he possibly could. During one such experience, Dhruvil participated in a startup competition that was being organized, which provided him early exposure to the entrepreneurial world including insights on what it's like to build a business. Essentially, the entrepreneurial seed had been sown and just needed the right opportunity to sprout. While still at CMU, he was offered a job by Deloitte, and he started working there as a Data Analytics Consultant post-course completion. This gave him a taste of the enterprise world.

While consulting in the logistics and automation space, he realized that a huge revolution was imminent in the entire Transportation Management System arena and enterprises like Oracle and SAP who were leaders in the space were not acting fast enough. The sector had barely seen the digital transformation as was witnessed in other industries. "I noticed that most of the enterprises in logistics and delivery management were lacking a sense of urgency. Plus, they did not have a culture to really hire engineers or tech talent to build the next," shares Sanghvi. "And that's where I felt lied the opportunity for me. If we could build a solution that offered traditional brands with the ability to launch eCommerce services, or start their own deliveries, or start expediting deliveries, or simply improve the end-customer experience, then we're really on to something very impactful!" adds Sanghvi with excitement. With his background in technology combined with experiences in college and university, Dhruvil knew in his mind that he could realize his vision by combining his own business acumen along with the technological advancements offered by the fields of AI, ML among others. He started asking some of the potential customers from his network in the corporate world -"If I built a tech platform to optimize and automate your delivery management, would you be keen to pilot it in your organization?" Most of them had positive things to say about the idea and this was the initial validation Dhruvil was seeking to get into the venture full-time! Thus, the first green off-shoots from the seed sown had sprouted and LogiNext was born. 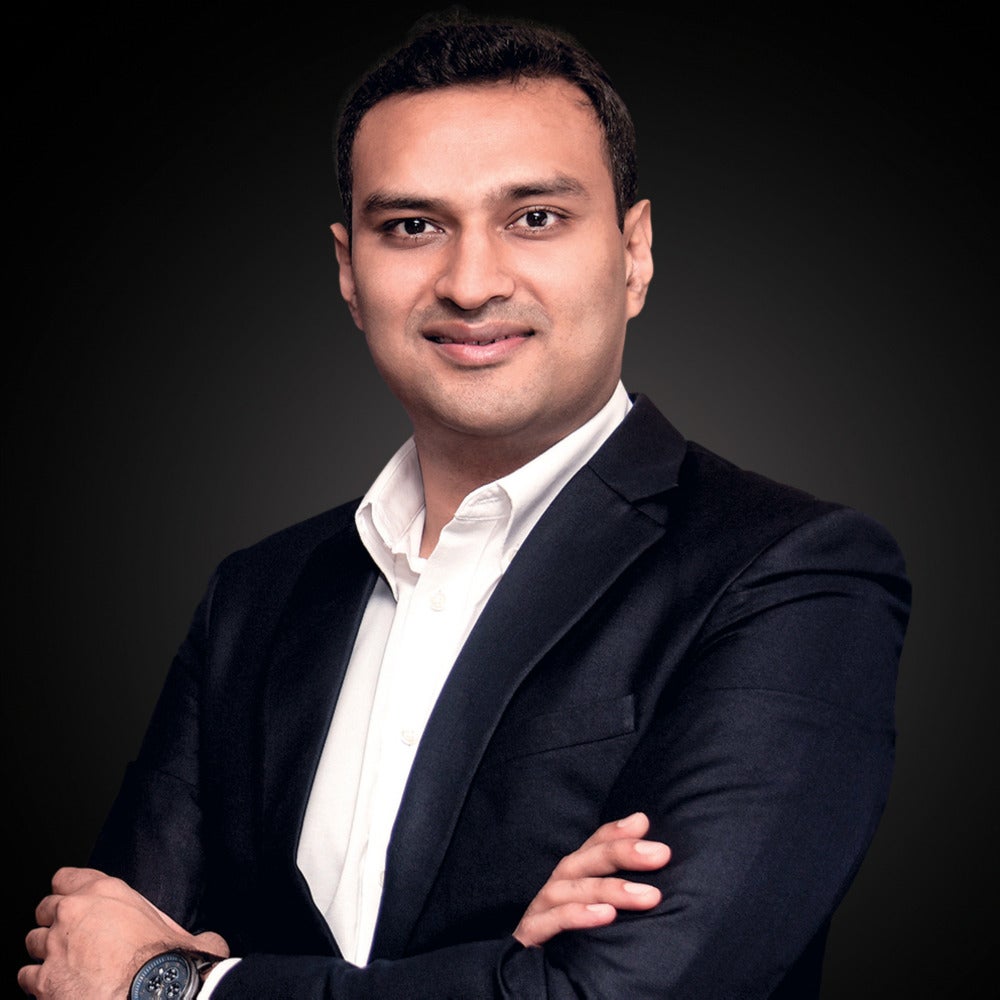 Only 25 at that time, Dhruv (as he was known at the workplace in the US) decided to call his father and informed him that he would not be joining the family business but instead establishing his own start-up! But that wasn't going to be easy. There are several roadblocks an entrepreneur faces and the first one for Sanghvi, who was still an immigrant in the US then, was to navigate through the US immigration & visa laws regarding starting up as an immigrant in 2014. The rules were different back then and looking at the circumstances, he made a prudent decision of setting up base first in India and then building further in the US because eventually, that's where the real market opportunity was. Putting a foundation in India had two key advantages- firstly, it is cost-effective to put a team together, and secondly, India has an incredible technology talent pool that is perhaps second to none. From Google to Microsoft to Twitter, most of the major technology giants have CEOs who have an Indian origin and most of these companies also have their technology centers in India. After working on the initial idea in 2014, Sanghvi officially launched LogiNext in 2015. The idea was to help logistics companies to improve their internal operations, optimize delivery networks, and help them provide a great end customer experience using data and machine learning, advanced analytics, and visualization. An early boost came in when LogiNext was selected to be a part of Reliance and Microsoft Ventures' incubator, GenNext Innovation Hub in Mumbai. The company signed up a couple of pilot clients here and also raised seed funding from Indian Angel Network with Sanjay Mehta being the lead investor. Within a year, LogiNext raised a series A round of $10 million from Alibaba group of companies.

Foreign shores
Things were building smoothly in 2016 when an email hit Sanghvi's inbox via a contact us form on LogiNext's website. The largest supermarket chain in the US had shown interest in the product and signed up for a demo! A surge of excitement rushed throughout the LogiNext camp and Dhruvil quickly arranged a product demo which was loved by the customer! And this was the trigger moment to go global. Between 2016 and 2018, they had a number of demos and proof of concept deployments across countries like the USA, the UK, Canada, Singapore, Thailand, and the UAE, all of which underscored the fact that it's a product with true global appeal. Talking about what changed the course over a period of time, Sanghvi says, "In 2018, there was one pivotal moment that happened where we decided to completely start opening the product for the global enterprise customers. We realized we got hundreds of signups every year from very large companies. VPs and CXOs of large companies like UPS, McDonald's, and KFC were interested in our software solution and were seeking to take a demo or POC. This was like a validating moment for us that what we have built is not really specific to one industry or one market."

Soon Sanghvi started traveling outside India, meeting more customers, understanding their requirements, and convincing them to come on board quickly. With that, the company opened its offices in Dubai and Kuala Lumpur and started hiring more people overseas. Today, LogiNext has more than 200 enterprise customers globally who process more than 500 million packages every year on its platform. Apart from this, the LogiNext Transportation Automation Platform has thousands of daily users, primarily drivers and customers who are using its platform (on the web and mobile app) to track deliveries or to dispatch deliveries and get payments.

From automating core dispatch operations to planning pre-delivery, preorder scheduling, to managing reverse logistics, to the last mile, LogiNext added modules around scheduling, route optimization, customer scheduling, customer experience, driver payment, exception management, B2B invoicing, etc. Today, 70% of their customers are from the retail sector. Apart from consumer retail, they also take care of a lot of B2B movement, which forms the rest 30 percent. Today, 95% of their market lies overseas while only 5% of it is in India. When asked why the Indian business isn't growing, Sanghvi mentions, "India is a growing market but still an extremely price-sensitive one. So when we onboard one customer in the US, the revenue is equivalent to that of nine customers onboarded in India. Having said that, we do believe in the India potential for our product, just that at this stage of our company's growth journey we are prioritizing markets where we have a stronger price-value appeal."

Funding and IPO plans
On how the business has grown globally, Sanghvi replies, "We have a strong inbound interest especially post the pandemic with on-demand deliveries and contactless deliveries becoming a norm. Enterprises typically show interest by signing up a form and taking a demo, post which the product is a very much a self-serve do-it-yourself platform with an extensive knowledge portal available for customers in case they need help." Talking about his learnings while working across geographies, Sanghvi shares, "There is a certain uniformity in how the business world functions across the globe. And this is truer for enterprise business because we only work with large corporations and they pretty much run in the same way across the world. If I had that learning on day one, I would really, do the global business from day one versus launching in different countries in a phased approach."

Early in 2020, LogiNext also raised a series B funding round of $39 million from marquee US-based investors, Steadview Capital, and Tiger Global Management. This brought the total funding to $50 million across three rounds. With a majority of funding still in the bank, Sanghvi shares his learning from the last two years of the pandemic while running a global business being temporarily based in Mumbai, "The initial base that we built in our people, in our leadership across borders had a great impact in the remote working environment. With everything suddenly going virtual, our solid foundation with a focus on processes and technology kept us together and continued the momentum during the pandemic." 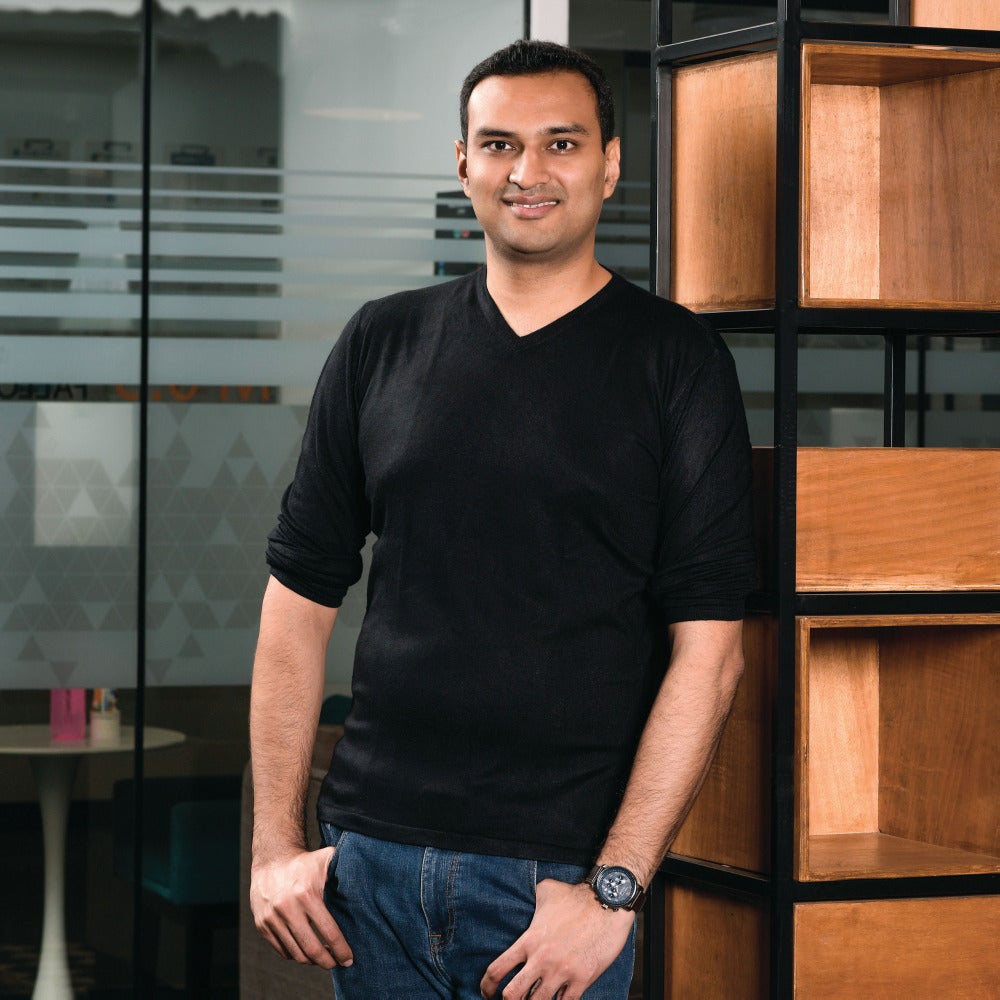 For LogiNext, client feedback seamlessly merges with the product roadmap. And the beauty of the SaaS model is that if one client asks for a certain feature and LogiNext decides to build it, every other future customer also gets its benefit. For instance, the logistics industry is currently facing a huge shortage of drivers and driver onboarding is a lengthy & tedious process. The engineering team at LogiNext is busy building an Uber for brands, where companies can log on to LogiNext's platform and manage their deliveries from a large pool of drivers. Sharing the vision for the enterprise, Sanghvi says, "Our eventual goal is to list the company on NASDAQ, which is what we're evaluating right now. We are building our internal processes, leadership, positioning, everything around it. The current roadmap is to get there in three to five years."

Here comes the angel
Not only as an entrepreneur, but Sanghvi has also been part of the startup ecosystem by investing in people and ideas. As he shares, "Being able to contribute back to the startup ecosystem is extremely fulfilling for me. I am actively involved as a mentor to several upcoming SaaS founders across the globe." He has a portfolio of founders that he has invested in India and the US both. He advises a lot of founders informally as well and adds, "It's a wonderful feeling to be a part of this entire space and in a way - it feels like accelerating the society, and the entrepreneurial spirit of the nation."

Headquartered in New York and has regional offices in Dubai, Mumbai, Delhi, Kulala Lumpur, and Jakarta