Lay Of The Land: Terra Founder Rashed Al Tayer On Embracing His Roots

"Terra is my soul, and a personal heaven. It is an authentic space that welcomes guests to come as they are."

"When I create a concept, I put my heart into it." It's this line uttered by Rashed Al Tayer that I keep in mind as I recall my experience dining at Terra, the Mediterranean-themed restaurant that he founded just over a year ago in the UAE.

Located in Dubai's Jumeirah neighborhood, the eatery made an impression on me as soon as I entered its distinctively designed interiors- step into Terra, and you'll find yourself welcomed into a space that has been carefully crafted to feel like a safe haven that's sequestered away from the hustle and bustle of the city outside. The décor is rustic and minimalistic, with the restaurant's center marked by a hand-hammered column, and everything else -be it the terracotta floor tiles, or the abundance of leafy foliagepaying homage to the meaning of Terra in Latin, i.e. earth, or land."

And this deference is reflected in the food that is served here as well- quality ingredients are proudly proclaimed as the stars of each dish that is put in front of you, with a special mention given to those that are locally grown and produced. Starting with the beef carpaccio rolls, and going all the way to the sticky dates pudding, the menu at Terra has been designed to ensure that every guest has a delightful gastronomic experience when they dine there. As Al Tayer put it: "Terra is very much centered around the people, and we value each guest that walks through its doors. The customer profile at Terra is the everyday person who appreciates authenticity, honesty, and attention to detail." 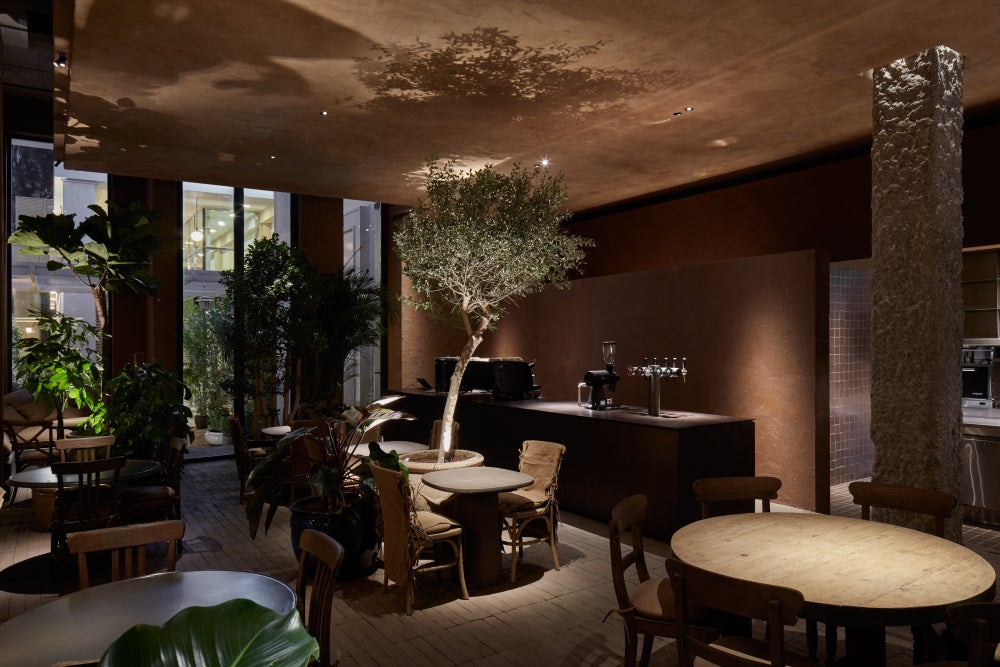 It doesn't surprise me when Al Tayer tells me that Terra is not his first foray into the F&B arena- besides founding two other concepts in the UAE, he has also acquired a venture here, and, since then, propelled it to its next stage of growth. But his career trajectory didn't start in this domain. "After graduating from university in San Diego in the US, I returned to Dubai to begin my career working with my family in real estate," Al Tayer reveals. "Although it was quite successful, I felt uninspired with each day going by signing contract after contract, and decided to begin an independent journey as an entrepreneur. The decision to venture into the world of F&B was a no-brainer, as I have always been passionate about cuisine, and dining out is a huge part of my lifestyle."

"Throughout my life, I was fortunate enough to have the ability to travel frequently, and I spent the majority of my time searching for unique F&B concepts in each country I visited." Al Tayer recalls here that during his time in California, he had done a tour of over 35 specialty coffee roasteries that were located everywhere from San Diego to San Francisco to learn about different roasts and flavor, and it's this experience that laid the foundation for his first entrepreneurial outing: a café in Dubai called Neighbors.

"My first concept, which launched in 2016, was Neighbors, which I intentionally founded on my own, in order to learn and grow as an entrepreneur within the F&B industry," Al Tayer says. "The idea came quickly, as I knew exactly what I wanted to create- a space that welcomed people to share the joyous little moments in life." As a café specializing in artisanal coffee, Neighbors also serves unique dishes from around the world alongside freshly squeezed juices- Al Tayer highlights the fact that only fresh ingredients are used for all that it serves its guests. After Neighbors, Al Tayer launched SKM'D, which he billed as a healthy eatery serving all-day breakfast, lunch, and dinner, alongside specialty coffee, at Dubai's very popular Kite Beach."

"Al Tayer also purchased an existing F&B concept called Boston Lane located in Dubai's Al Quoz neighborhood, a space that he believed could be completely revamped, and thus, "elevate the hidden gem." It's thus after building Neighbors, SKM'D, and Boston Lane to what they are today that Al Tayer embarked on launching Terra. "Founding Terra was a milestone for me as an entrepreneur, as I had garnered enough experience to create a space that encapsulated my vision," Al Tayer says. "For me, Terra is my soul, and a personal heaven. It is an authentic space that welcomes guests to come as they are."

Related: A Family Affair: Paris-Born Mama Shelter Is All Set To Bring Its Unique Offering To The Middle East's Hospitality Landscape 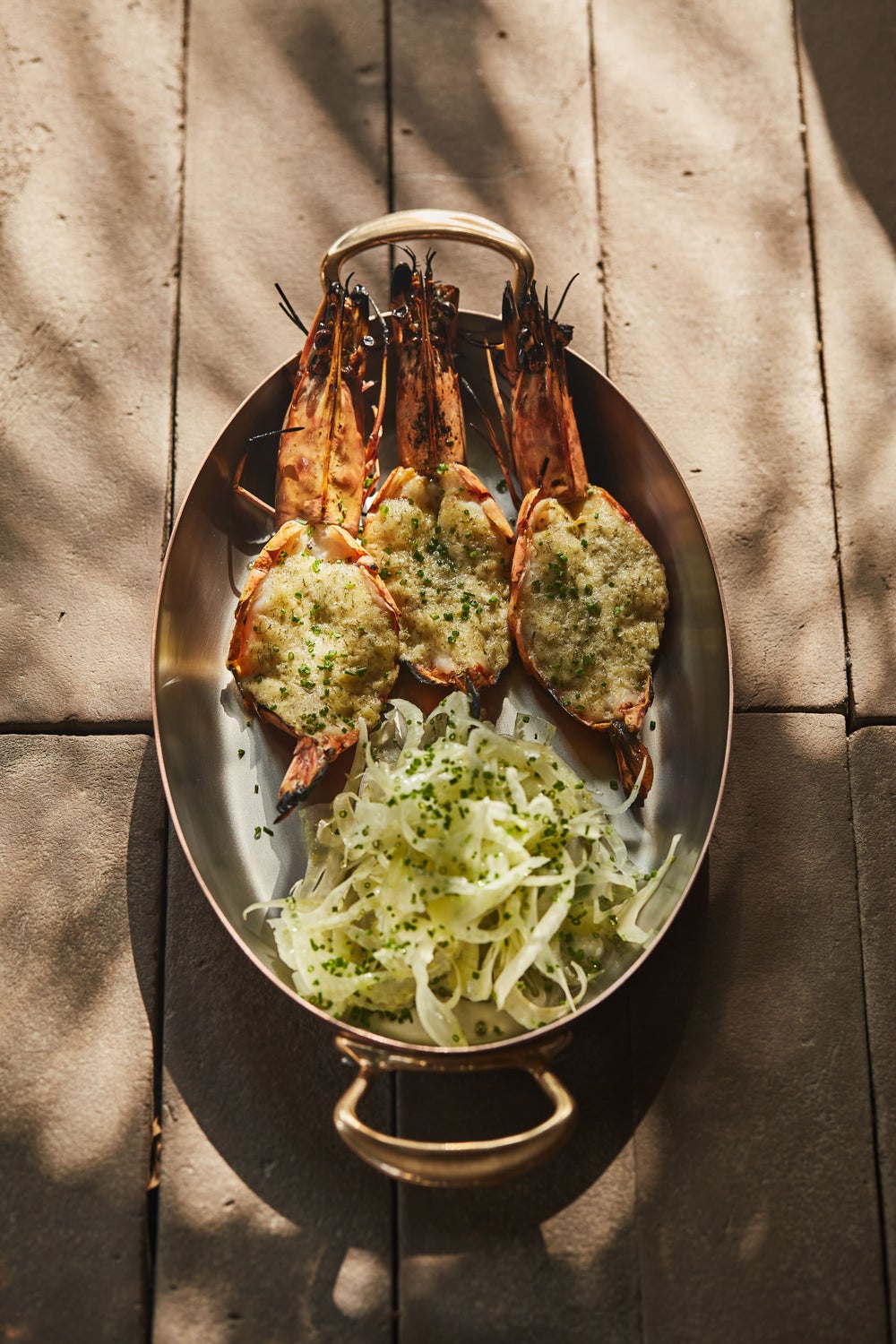 I first visited Terra in February last year, and I remember being taken aback by the number of people waiting to get inside the fully packed restaurant then- there wasn't a reservations system in place at the time, which, incidentally, was a reiteration of Al Tayer's philosophy that guests should be able to "come as they are," whenever that may be. However, he has since changed this rhetoric, because, well, "we had guests driving all the way from Sharjah and Abu Dhabi, and we wanted to be able to accommodate all our guests and ensure they had a table." That anecdote in itself should serve as an indication of how popular Terra has become, and Al Tayer believes that the restaurant's success is being driven by the good food it serves, as well as its amazing atmosphere.

"I believe success is in the details, and we pride ourselves in being honest and authentic, which is hard to copy," Al Tayer says. "The interiors at Terra is something I am particularly proud of. I believe in focusing on detail from top to bottom, which is definitely portrayed in the design. The finishing on the walls were done by an Italian artisan, and all the tiles were handmade in Italy. The bathrooms are fitted with vintage mirrors, and the sinks hand chiseled from Indonesian stone. Our open kitchen is one of the key elements of the interior, as it represents the honesty at Terra. Fresh ingredients are in plain sight, and all of the preparation is visible to the guests, as it would be in your own home."

Al Tayer says that the idea for Terra came quite naturally to him given his inherent passion for cuisine, with the concept also bearing influences from his travels to Greece, France, and Italy. "One of the unique facts about creating Terra is that everything fell into place the moment I found the venue," he says. "I immediately knew it was the space for my dream concept. To bring my vision to life, I focused immensely on the details, as I wanted each aspect to be a reflection of the concept, or to hold meaning and represent the essence of Terra." Al Tayer's vision was translated into the restaurant's warm and inviting interiors by Bone, a Dubai-based design studio founded by Achraf Mzily and Natalie Mahakian in 2018, and he also had a particular part to play in the food served at Terra as well.

"I decided to create the concept for the menu independently at first, without a chef, to ensure each dish was uniquely Terra," Al Tayer reveals. "I personally tasted them over 50 times before finalizing the menu." The Emirati entrepreneur thus has good reason to be proud of all the success that Terra is seeing today, but he's not resting on his laurels- he's already working on growing and expanding the concept. "For Terra's next step, I will be opening a second location in Abu Dhabi later this year," Al Tayer reveals. 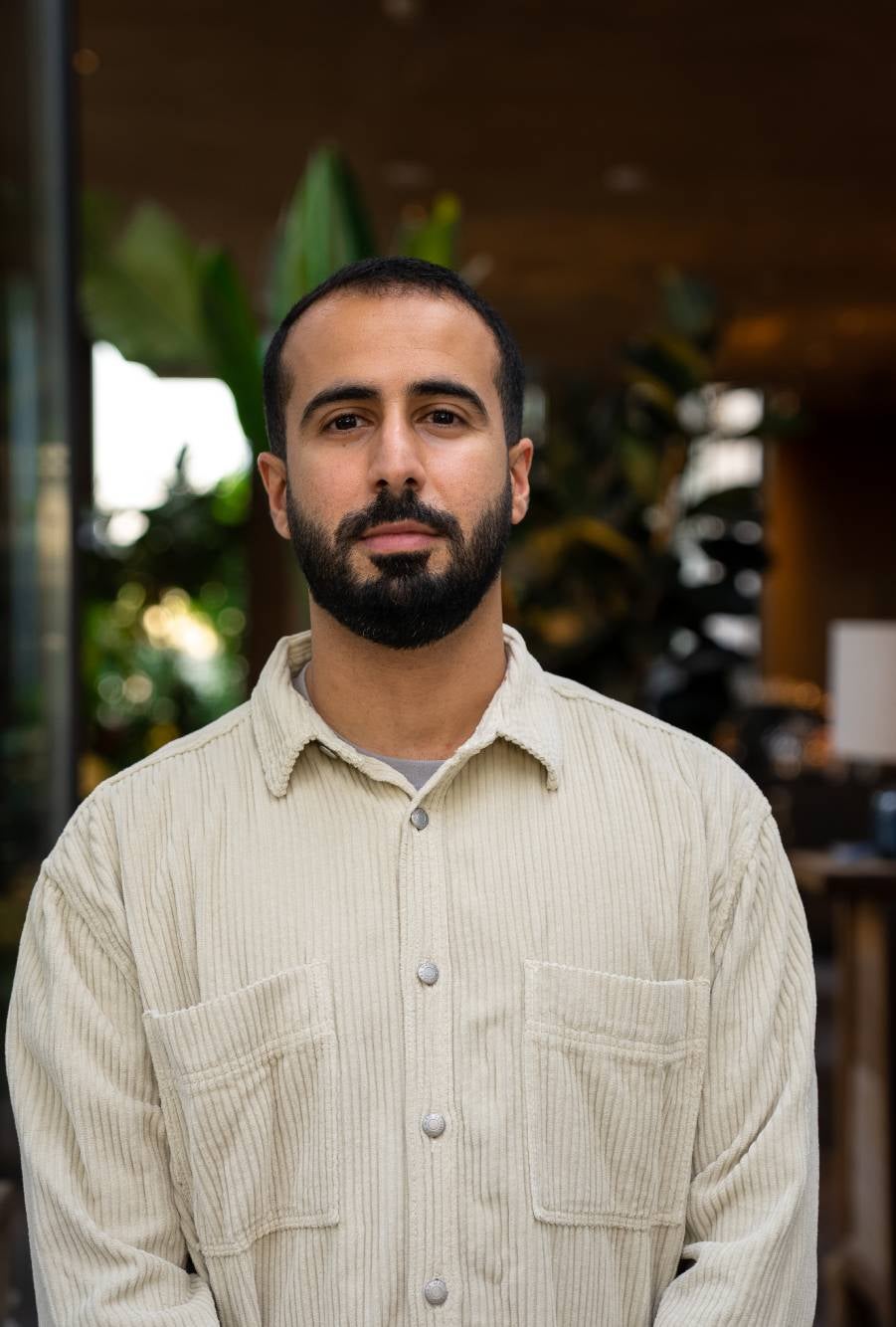 "My ultimate dream for Terra is to make it international by opening several locations in prime spots worldwide such as West Hollywood, London, and the UAE." And that's not all- Al Tayer has more ideas that he wishes to pursue as an entrepreneur. He has got a few projects under development at the moment- one of these is called Outset, which he describes as a "mother company" to unite all of his existing and future concepts, and pave the way for expansion into other industries like wellness, while still focusing heavily on F&B and hospitality. "I definitely see myself expanding my F&B operations to include more diversity with an artisan bakery, coffee roasters, Asian cuisine, and a brasserie," Al Tayer reveals.

Meanwhile, Al Tayer is also working on concept he is calling CMPLX, which will be a set of seven warehouses in Al Quoz that will act as a -you guessed it- complex or central hub that will bring people in the community together to experience a number of different (and interesting) concepts and activities. While I can sense that Al Tayer has got quite a lot in the works, he is choosing to remain tightlipped about sharing more details on them- an aspect that I believe is his predilection to let his work do the talking for him. Indeed, that's the conclusion I make when Al Tayer tells me about what powers his entrepreneurial frame of mind.

"I would say my key drivers are passion and curiosity," he says. "Being able to bring my visions to life definitely drives me to continue my journey as an entrepreneur. I am thankful that I haven't made any major mistakes in my career, and those I have had were pursued with the intention to learn. I personally like to take risks for the experience and to see the outcome, and I think this definitely sets my entrepreneurial approach aside."

When it comes to advice for his peers in the entrepreneurial realm, Al Tayer has a few simple, yet significant, pointers to share. "Always work to improve your offering, and impress customers with consistency by staying on track to gain trust, and build credibility and customer loyalty," he says. "Show them what you have, and be honest across the board. Customers need to trust in what you offer- that's number one." But, perhaps most importantly, Al Tayer says that entrepreneurs need to remember to stay true to who they are. "Be yourself, and be authentic," he concludes. "Be passionate, and don't give up!"

Related: Serial Entrepreneur Samer Hamadeh Explains Why It's All About The Endgame