C-Suite Exodus Means RumbleOn Might Run Out of Gas

By David Moadel February 22, 2022
This story originally appeared on InvestorPlace

Are you ready to rumble? Based in Texas, automotive e-commerce platform RumbleOn (NASDAQ:RMBL) is America's largest retailer of powersports vehicles and provides the first omni-channel customer experience in powersports. This might sound like a hyper-growth market in the making, which would warrant a long position in RMBL stock. 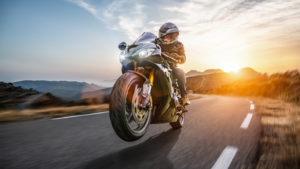 Let's not get into the fast lane just yet, though. RumbleOn's long-term shareholders have suffered substantial losses, and at this point there's a tough road to get back to break-even.

Don't get me wrong – there are reasons to be bullish on RMBL stock. For example, RumbleOn seeks to serve a total addressable market valued at more than $100 billion, and the demand for outdoor sports equipment surged in the wake of Covid-19's emergence (according to RumbleOn, at least).

Nevertheless, as we'll discover in a moment, holding on to one's investment in RumbleOn hasn't been a profitable venture. Moreover, there are some high-level changes going on at the company, so be careful lest you fumble on RumbleOn.

A Closer Look at RMBL Stock

On a reverse-split-adjusted basis, RMBL stock traded at a peak of around $218 in September of 2018. In hindsight, it's evident that investors should have taken profits at that point.

It was a bumpy ride over the ensuing months, as the RumbleOn share price slid below $100 and even below $50 before the end of 2019.

The stock recovered reasonably well in the wake of the Covid-19 pandemic, but struggled to hold $40 throughout most of 2020 and 2021.

There's no dividend to speak of here, so those losses undoubtedly stung. The situation would get even worse, though, when RMBL stock tumbled 30% on Feb. 14, 2022.

Even though it was Valentine's Day, evidently there was no love on Wall Street for RumbleOn. So, what caused the share price to sink into the mid-$20s?

It wasn't an earnings report that caused traders to panic-sell RMBL stock on that day. Rather, it was the result of RumbleOn's press release pertaining to some senior management changes.

Let's back up a bit. In a Securities and Exchange Commission (SEC) filing, RumbleOn disclosed that on Jan. 31, 2022, the company's board had appointed Narinder Sahaia to the CFO position.

Then, a SEC filing revealed that on Feb. 4, Sam Dantzler resigned as a member of RumbleOn's board of directors. This decision, according to the filing, was due to "potential conflicts with Mr. Dantzler's powersports consulting business."

That was just a warm-up for the bombshell news that was about to be revealed in another SEC filing, and then again in the aforementioned press release.

Reportedly, William Coulter resigned from his positions at RumbleOn as a director and as the company's executive vice chairman, "effective immediately."

At the same time, Coulter was "alleging termination for good reason due to material reductions or diminutions by the Company of his authorities, duties, and responsibilities."

RumbleOn "disagrees with Mr. Coulter's claim," but apparently they didn't stop him from leaving the company and making his allegation.

Along with the news of Coulter's resignation, RumbleOn also revealed that Mark Tkach was resigning as the company's chief operating officer. The circumstances were similar to Coulter's exit, with the same "material reductions or diminutions" allegation and RumbleOn disagreeing with that claim.

RumbleOn tried its hardest to give all of this a positive spin. Despite deploying a press-release headline heralding the company's "Senior Management Changes" and "Organizational Improvements to Enhance the Customer Experience," RumbleOn couldn't prevent the Valentine's Day massacre of its share price.

The Bottom Line on RMBL Stock

It's perfectly fine if you believe in the future of the powersports market. There's the potential for growth in this industry, and for RumbleOn in particular.

However, the sentiment on Wall Street doesn't clearly favor RMBL stock. This is evident in the long-term trajectory of the share price.

Besides, allegations and resignations aren't typically a positive sign for any business. It's probably a good idea for investors to just stay out of the way and let RumbleOn chart its own course, or crash and burn.