InvestorPlace - Stock Market News, Stock Advice & Trading TipsBefore you go on a bottom-fishing expedition with DIDI stock, check the facts as the downward spiral is likely to...

By David Moadel February 24, 2022
This story originally appeared on InvestorPlace

In July of last year, Mad Money"s Jim Cramer tried to warn prospective investors about Chinese ride-hailing giant DiDi Global (NYSE:DIDI). Referring to Chinese initial public offerings (IPOs) in general and DIDI stock in particular, Cramer cautioned, "you should steer clear of them at all cost." 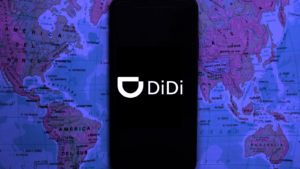 In a similar vein, DoubleLine founder Jeffrey Gundlach recently declared, "China is uninvestible, in my opinion, at this point." He added, "I think that investments in China could be confiscated. I think there's a risk of that."

Admittedly, the confiscation-risk argument might not necessarily apply to DIDI stock. Anything's possible when it comes to Chinese investments, though.

As the Chinese government continues to crack down on multiple business sectors, it's getting harder to invest there with confidence. And while Wall Street's value hunters might dismiss Cramer's and Gundlach's warnings, informed investors should check the news and think twice before taking a position.

A Closer Look at DIDI Stock

Is DIDI stock a bottom-fisher's delight, or a toxic asset? Let's see how it has performed on the New York Stock Exchange (NYSE), so far.

After a prolonged decline, DIDI stock fell to $5 and change before the end of 2021. By mid-February 2022, the share price was barely above $4.

$5 is sometimes considered a crucial technical level for stocks. That's because some traders informally define a penny stock as a stock that trades for less than $5 per share.

By the way, DiDi's trailing 12-month earnings per share is reported to be -$5.86. When that figure is negative and its absolute value is greater than the stock price, that's probably not a good sign.

It's a disappointing end to a woeful story. Could it be that Cramer was right all along?

As if DiDi's U.S.-based investors didn't have enough to worry about, the company's board of directors approved the required procedures for a delisting from the NYSE.

This event was announced in December 2021. Current investors in the U.S. might wonder what will happen next. Apparently, DiDi plans to list on the Hong Kong Stock Exchange.

The company also reportedly plans to ensure that the American version of its shares can be swapped for "freely tradable shares of the Company on another internationally recognized stock exchange."

How DiDi can ensure this isn't entirely clear at this point. In any event, the company supposedly intends to file for the Hong Kong listing around March.

While the company prepares to de-list from the NYSE, DiDi is also apparently shrinking, at least in terms of human capital.

At the end of 2020, DiDi was a thriving business with nearly 16,000 full-time employees. Fast-forward to early 2022, and the company has reportedly commenced a program of company-wide layoffs.

DiDi's plan, evidently, is to slash its total head count by as much as 20%. The idea, as you might expect, is to reduce the company's expenses.

It's been said that DiDi's drivers, who are gig workers and aren't included in the company's head count, won't be affected by the round of layoffs. So, at least that's a bit of good news.

Granted, the head-count reduction hasn't been finalized yet, and could still change. Still, DiDi's full-time employees — and the company's investors — probably shouldn't get their hopes up.

Without a doubt, DiDi's ongoing problems are fodder for Cramer's and Gundlach's arguments.

However, you have to form your own conclusions about the company, and about Chinese investing in general. That being said, there's no denying the cavalcade of bad news.

At this point, it's fine to cut your losses if you're currently holding DIDI stock. And if you're considering a long position now, it's probably advisable to just stay on the sidelines.