By Faizan Farooque February 25, 2022
This story originally appeared on InvestorPlace

Electric vehicles (EVs) are becoming more popular in recent years. Experts say that by 2040, most cars will be electric and will overtake traditional cars. An EV company expected to make an earnings report in just a few days, Lucid Group (NASDAQ:LCID), also called Lucid Motors, will offer investors more than one cause to boost the stock if price trends remain favorable. 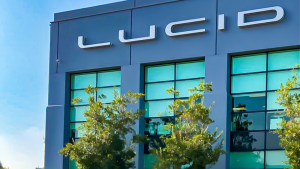 Lucid Motors will release fourth-quarter (Q4) earnings on Feb. 28. With this, investors have an opportunity to analyze the stock before it releases its earnings or any new developments on Lucid Air. The EV company's new vehicle model could lead to an impressive number of pre-orders and make some people take it more seriously.

Lucid Motors expects to provide updates on its delivery, production growth, and sales predictions. The Air sedan received 17,000 preorders in November. That is an impressive number and demonstrates the demand for the car.

Lucid Motors's lack of profitability has not dampened investor interest. And it is even expected to attract more people who are interested in investing in LCID stock.

Given the recent correction in prices, better-than-expected results might hint at a shift in momentum, leading to a rise in the company's value.

In the last quarter, Lucid Motors began delivering their latest EV to customers.

Sep. 29 was a big day for the first-ever Lucid Air production cars. On that day, the engineers finished what they set out to do. And Lucid is now concentrating on building its Dream Edition variants. People who pre-ordered the new Lucid Air Dream editions had their cars delivered on Oct. 30.

The company will produce an array of special variants for this model. Lucid Motors is marketing their latest special edition model, the Air Dream Edition, for up to $169,000.

In addition, Lucid Motors is looking to expand into international markets, which will be interesting to observe in their upcoming earnings report. Lucid Motors has set their sights on global expansion with an eye toward European and Chinese markets. The company hopes to enter the Middle East soon, as well.

The European market is a hotbed for automotive innovation and Lucid Motors has shown they're not afraid to jump in with both feet. Rumors about an expansion into China could serve as fuel if priced right. China is one of the world's largest EV markets and it is not going anywhere. So, any ambitious EV maker should explore this market. Plus, most people believe that Lucid Motors will see a surge in stock prices due to the company's pre-order status for its new product.

The Hunt for the Next Tesla?

EV maker Lucid has been hailed as the next Tesla (NASDAQ:TSLA). The parallels are certainly there. Chief Executive Officer Pete Rawlinson and Chief Technology Officer Eric Bach came from Elon Musk's EV company. The company has expanded its range of innovations to include high-tech electric cars, renewable energy storage, and more.

Lucid has received a large amount of feedback because of its new luxury sedan, the Lucid Air. The new Lucid Air is a hit among many. Its sleek design, along with its high-energy performance, have been praised by many. It is also an ideal choice since it can drive about 520 miles on just one charge. The award-winning car began to ship out in late October 2021. The car was selected by MotorTrend as their 2022 Car of the Year.

Lucid is one of the only electric vehicles on the market with a "best-in-class" combination of speed, performance, range, and price. They have assembled an all-star team to launch this exciting new car that boasts an advanced sensor system that puts it ahead of the competition.

Lucid Motors not only sells electric cars, but also solar energy storage and other eco-friendly tech. They have been doing so for a few years. EV batteries are their main focus. The goal is to add 300 miles of new electric power in 20 minutes by partnering with Electrify America. They want to continue making their technology affordable and available to the public.

It will take a while before one of these car companies is proven to be the champion of the electric car race. For now, both have one goal in mind — to sell eco-friendly luxury cars that consumers love.

LCID Stock: One of the Best EV Makers on the Market

Lucid is quickly turning into a powerhouse of the automotive industry. It is on the forefront of innovation and its EV technology, vertical integration, and revenue potential are examples of what makes it so strong.

Tesla is leading the pack of car manufacturers with most sales and Lucid Motors, who haven't hit their stride as well, are scrambling to catch up. They have fallen behind due to manufacturing issues, but it won't take much for them to knock down Tesla's lead.

LCID stock was up for a while, but has slipped into a corrective pattern as the company's stock price started decreasing mid-way through the fourth quarter. Lucid Motors will report its earnings on Feb. 28, but investors should be considering the company's stock before then, as it is likely to see a significant change in price.

Lucid Motors has a great chance of surpassing their delivery and sales targets, especially if they can give more details about the planned European market entrance. Before the earnings report, there are all sorts of positive incentives to invest in LCID stock.

On the publication date, Faizan Farooque did not hold (either directly or indirectly) any positions in the securities mentioned in this article. The opinions expressed in this article are those of the writer, subject to the InvestorPlace.com Publishing Guidelines.

Faizan Farooque is a contributing author for InvestorPlace.com and numerous other financial sites. Faizan has several years of experience in analyzing the stock market and was a former data journalist at S&P Global Market Intelligence. You can check out his work on InvestorPlace and TipRanks.

The post Lucid Stock Is a Buy as the Q4 Earnings Report Date Nears appeared first on InvestorPlace.