By Chris Lau March 8, 2022
This story originally appeared on InvestorPlace

How the Russia-Ukraine war plays out in the months ahead will have permanent repercussions for the North Atlantic Treaty Organization (NATO). The world could have avoided needless casualties on both sides with diplomacy. In times of war, fighting is easier than talking. Conflicts among countries will risk escalating. After Russia invaded Ukraine, investors who panicked on Feb. 24 only needed to wait a few hours. By the end of the day, markets rallied. The uncertainty in the weeks leading to the invasion is part of the reason markets fell.

Uncontrollably high-interest rates are the underlying threat to stock market valuations. Before worrying about that, investors should have positions in military stocks. This will hedge a portfolio against the market instability caused by the Russia-Ukraine war. Even with a temporary peace settlement, the fight will not end there. The region faces future military risks from Russia. NATO must stop the spread of Russia's influence in Ukraine. Failing to do so may destabilize the freedom that neighboring countries enjoy. At particular risk are the neighboring countries of Poland, Romania, and Finland.

There are seven defense contractor stocks to consider. Some stocks rallied to 52-week highs, so investors who did not have a position will need to pay a premium.

Neighboring countries in Europe will shore up their defensive capabilities. They will protect their borders by investing in new military equipment. So these stocks will likely continue to stay high.

Alphabetically listed, the seven companies are: 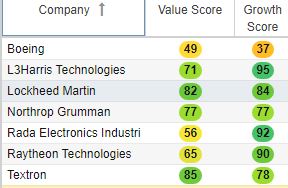 The stocks score well on value and growth.

In the Stockrover scores shown above, Rada Electronics scores the highest on growth, followed by Raytheon. Boeing scores the lowest due to production delays of its Dreamliner 787. 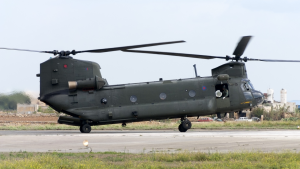 Boeing tarnished its image with long delays for its Dreamliner 787. It is still a defense and space investment that Boeing said is seeing stable demand. The U.S. government will continue to buy Boeing products after the federal budget includes increased defense spending.

The world has started loosening Covid-19 restrictions. For example, the Centers for Disease Control and Prevention (CDC) loosened its mask guidelines on Feb. 22. As a result of the Russia-Ukraine war, the U.S. government will prioritize global military threats. However, in the fourth quarter, Boeing's Defense, Space & Security revenue fell by 14% year over year (Y/Y) to $5.9 billion. Operating margin was negative 4.4%.

Looking ahead, investors should expect stable revenue for Boeing's defense business. Growth may accelerate if governments perceive a greater threat from Russia.

The service business will rebound as commercial airline flights rise in the post-Covid world. 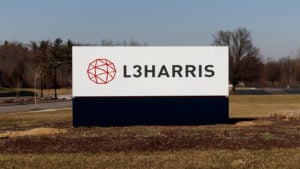 L3Harris increased its cash dividend rate from $1.02 to $1.12. Shareholders holding the stock as of March 11 will get the dividend. L3 has a strong financial outlook. It has a disciplined capital allocation. In addition, it is experiencing margin expansion. It is rewarding shareholders with a higher payout.

Due to the risks of Russia launching cyber attacks against other countries, L3Harris's Intel and Cyber business growth may accelerate. Before the invasion, L3Harris said it expected growth in the high single digits. The air sector may grow faster than expected. It attributed a $135 million drop in revenue from the F-35 program. However, the F-35 Lightning II is the future of airpower and L3Harris furnishes the avionics systems. In the F-35's next round of upgrades, also known as the open systems upgrades for tech refresh 3 (TR3), the company will continue to supply bomb racks, displays, and more that add under $1 billion in revenue. 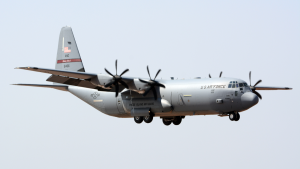 In January, Lockheed scrapped its $4.4 billion deal to buy Aerojet Rocketdyne. Regulators do not want the defense contractor to get too big. Lockheed will increase its long-term return on investments without the deal.

The company has plenty of research and development and capital expenditure opportunities. It has joint venture plans, too. Most importantly for investors, it will have a dynamic and disciplined approach to achieve high return on investment (ROI). For example, Lockheed will not grow its cash balance. Instead, it will allocate capital to raise its ROI.

From the National Defense Authorization Act of 2022, Lockheed will sell Black Hawks, C-130Js, and interceptors. The increased funding will benefit Lockheed's tactical and strike missile programs.

Before Russia invaded Ukraine, Chairman, President and Chief Executive Officer Jim Taiclet said that the threat level is evolving in Russia, Yemen, China, and North Korea. National defense requires the U.S. to not sit back to watch military tensions unfold.

Analysts have a $433.85 average price target on LMT stock. 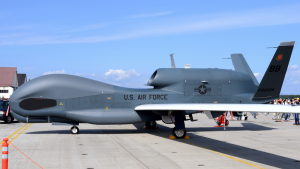 On its conference call, analysts asked about headwinds in Northrop's Aeronautics unit. CEO Kathy Warden said those issues will dissipate going into 2023. By 2024, that trend will reverse. The company has a higher production volume in aeronautics in the year ahead. Of particular importance to Northrop Grumman is their Ground-Based Strategic Deterrent (GBSD) program, which is a planned replacement for the Minuteman III intercontinental ballistic missile (ICBM). As Russia has ramped up nuclear tensions, demand for the GBSD may increase as well.

GDSDs are a significant component of Northrop's growth in the last two years. In addition, it has a strong demand for propulsion and satellites. It also has contracts with National Aeronautics and Space Administration (NASA) and the Air Force.

NOC stock is trading at fair value. The stock might dip enough after markets take profits. If that happens, investors who missed the recent rally to 52-week highs may want to establish a position. 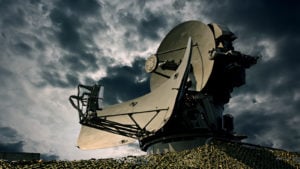 In the fourth quarter, Rada reported revenue growing by 36.4% Y/Y to $31.76 million. This would explain its strong growth score (shown above). The gross margin was 41%. Rada posted a GAAP EPS of 10 cents.

Rada's Short Range Air Defense (SHORAD) will likely add around $10 million in incremental sales in 2022. But its Ground Based Air Defense (GBAD) for the Marine Corps is a bigger business for the company.

The company said it expects strong GBAD sales in the Middle East and India. Furthermore, testing efforts for SHORAD in Europe will lead to large contracts.

Over a three to four-year timeframe, Rada Electronics may generate $90 million annually from U.S. markets. For 2022, gross profit at 40% to 41% is possible if it stabilizes its operating expenditures.

Markets are cautious with RADA stock. Costs could rise unexpectedly, hurting earnings. Rada may raise its 2022 outlook after the Russia-Ukraine war unfolded. Customers who previously delayed signing a contract will not hesitate. 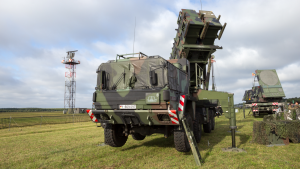 Raytheon will already benefit from an increase in passenger traffic post-Covid. In 2021, it saved $760 million from the United Technologies and Raytheon merger. To maximize shareholder returns, the Board of Directors authorized a $6 billion stock buyback. It will spend at least $2.5 billion on repurchases in 2022.

This year, the company expects military sales at Collins in the low single-digit. The unit has lower producing inputs for F-135 engines (the F-35's engines). F-135 sustainment volumes will offset this decline.

Bipartisan support for the defense budget lifts Raytheon's defense business. It also has a $63 billion backlog, so even without stronger demand, Raytheon will still report growth.

Expect orders for the Lower Tier Air and Missile Defense Sensor (LTAM), also known as GhostEye radars, to further increase the company's growth in 2023. Furthermore, the Patriot Missile Defense system's upgrade, which should incorporate LTAMs. is still a few years out, should be another growth catalyst for RTX stock. 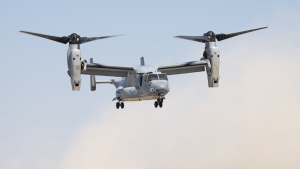 Textron won quite a few new defense contracts in Q4. In the fourth quarter, its aviation unit won a $143 million contract with Royal Thai Air Force for eight AT-6 Wolverine aircraft, with accompanying spare parts, training, and ground support equipment.

Textron also has a new single-engine turboprop. The Beechcraft Denali milestone's first flight in November 2021 was the first step before sales contribute to revenue.

In December 2021, Bell finished the first nacelle upgrade for the Air Force's fleet of CV-22 Ospreys. The Bell unit won a five-year contract worth $1.6 billion to continue upgrades to the Osprey fleet. Bell's commercial business delivered 156 helicopters in 2021, up from 140 in 2020.

The company does not need ongoing tensions in Europe. Customer demand throughout 2021 across all segments led to a $2.5 billion backlog growth. It benefited from initiatives including a product refresh strategy for the Citation M2 XLS and CJ4 Gen2 luxury aircraft. Market conditions are improving this year. Textron will increase production rates. It will hire and train more staff. This will increase fulfillment backlog order rates and boost earnings.

On Wall Street, analysts have an average price target of almost $80 (per Tipranks).

The post 7 Defense Stocks to Protect Your Portfolio From the Russia-Ukraine War appeared first on InvestorPlace.