Addition by Subtraction Does Not Make AT&T a Buy

By Will Ashworth March 8, 2022
This story originally appeared on InvestorPlace

The consensus of the InvestorPlace brain trust is that AT&T (NYSE:T) becomes a better company once it completes the WarnerMedia spinoff and subsequent merger. That might be true, but that doesn't make T stock a buy. 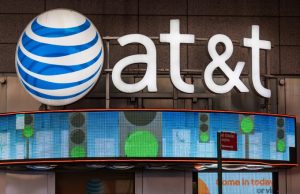 Here's why I feel this way.

I've written about this before.

The opportunity cost of buying and holding AT&T over two-and-a-half decades has been value-destruction of the highest order. It is this argument that prevents me from recommending the company's stock despite the fact you'd have to be a complete fool not to realize AT&T is a better business without WarnerMedia.

Of course, it is. The debt reduction alone makes it better. However, we do not invest in a bubble. There are 43 companies with market capitalizations greater than AT&T's current market value of $170 billion. Many of them are still growing like weeds despite their size.

I would be gobsmacked if Berkshire Hathaway (NYSE:BRK-A, NYSE:BRK-B) didn't outperform AT&T over the next decade, despite Berkshire having a succession issue hanging over the stock.

It always amazes me that just because a company is strong in 5G, it's got to be a "slam dunk" investment in the long term. Never mind that AT&T has always done one thing well, and that's disappointing shareholders.

Over the years, retail investors got so addicted to AT&T's dividend they forgot to pay attention to whether it was delivering for shareholders relative to the S&P 500.

AT&T trades at 1996 prices for a reason. Incompetent management in the C-suite. Whoever is running the company in the future will figure out a way to muck things up.

Why wait for AT&T to change? It never will.

InvestorPlace's Steve Booyens recently discussed how the WarnerMedia spinoff could spark a dividend recovery. And there's that addiction coming through. I've got to have my dividend, man!

"Before cutting its quarterly dividend by 47% in May last year, AT&T was viewed as the ultimate dividend aristocrat with one of the most favorable dividend yields," Booyens wrote on March 3.

The best dividend aristocrats aren't those with high dividend yields but rather those that grow their annual dividend faster than the market in general and their peers. Dividend yield ought to be irrelevant.

At this point, the company has a problem.

It can do one of two things with its improved financial position: It can opt to keep the dividend payout relatively low from a historical perspective. But, at the same time, it continues to pay down debt, invests in 5G, and repurchases shares. Or, it can go back to the days of 7% dividend yields.

In the former situation, it risks losing the dividend lovers — those that haven't already moved on — who were infatuated with its dividend aristocrat reputation. It also faces the possibility that it won't execute its 5G plan nearly as well as some of its competitors.

Then what does it do about growth? Buy another WarnerMedia or DirecTV? We know how those turned out.

In the latter, it risks having a 7% dividend yield at a time when interest rates are higher, and guaranteed investments are more attractive than owning stock in a capital-intensive business with low-to-middling revenue growth.

I wouldn't consider either of these choices attractive, but it's your money.

The Bottom Line on T Stock

Let me leave you with an example of a company that allocates capital in a first-rate manner. I'm talking about Deere & Company (NYSE:DE).

According to its fiscal 2022 presentation, it generated $54.6 billion in cash from operations between fiscal 2004 and fiscal 2021 (October year-end). The company returned approximately 55% to shareholders through dividends and share repurchases. Only $4.6 billion went to acquisitions, one-third of its capital expenditures.

If this doesn't make you immediately switch your buying interest to Deere & Company from AT&T, nothing will.

Good luck with your T stock. You're going to need it.

The post Addition by Subtraction Does Not Make AT&T a Buy appeared first on InvestorPlace.