Al-Bahrani gets candid about leading one of the largest privately owned business houses in the Gulf region, dating back to over half a century.

By Tamara Pupic April 11, 2022
Opinions expressed by Entrepreneur contributors are their own.
You're reading Entrepreneur Middle East, an international franchise of Entrepreneur Media.

When it comes to launching and running businesses, entrepreneurs today usually hope to have their enterprises follow a path of exponential growth that allows them to build, sell, and make a profit on one undertaking, and then move on to the next big thing very quickly. This is quite a shift in mindset when compared to the thought processes showcased by earlier generations of entrepreneurs, who were known to be keen on building businesses that stand the test of time, having an impact, and leaving a legacy that lasts long after the founders are gone.

Mohsin Hani Al-Bahrani, CEO of the Oman-headquartered Mohsin Haider Darwish's (MHD) Automotive, Construction Equipment, and Renewable Energy (ACERE) vertical credits his grandfather, the late Mohsin Haider Darwish, for having this visionary, long-term approach when founding his eponymous family business in 1974. Indeed, it's that strategy that has led to MHD's growth over the years, with it becoming a corporation in 1987. "Since then, the company has continued progressing to become one of the most successful privately owned business conglomerates in Oman," Al-Bahrani notes. Another point that Al-Bahrani commends his late grandfather for is insisting on the larger societal good as a key objective for the business from the outset. "My grandfather was so far-sighted that when he started his business about half a century ago, he always linked the growth of MHD to the growth of Oman," Al-Bahrani adds. "He firmly believed that the success of a business has no value if it doesn't lead to national development. A modernday entrepreneur also needs to be empathic, genuine, and considerate towards the needs of others. In this technological and fast-moving business world, he should be more humane than ever. This is my idea of the modern-day entrepreneur."

Bahrani joined MHD after earning a master's degree in social science and public policy from King's College London, fueled by a desire to carry on his grandfather's legacy, and live up to the vision he had for the family business. "I started as a summer intern in automotive brands, like Jaguar and Land Rover, where I gained firsthand experience in the industry," Al-Bahrani recalls. "At MHD, I worked as the Director of Automotive, and in 2020, I was promoted to become the CEO of MHD ACERE." MHD ACERE was created after merging MHD's automotive, construction equipments, and renewable energy departments under one umbrella, which has led the group to enter a new phase of growth. "MHD is currently home to more than 10 automotive brands since we have successfully brought prominent brands, such as McLaren and others, to Oman," Al-Bahrani says. "In addition to that, we performed outstandingly in the sales, after sales, marketing, and network development of the UK motoring brand MG, earning MHD the Grand Prix 5 Star Distributor Award at at the Virtual Dealer Awards by SAIC Motor and MG Middle East."

The merger also allowed Al-Bahrani to lay the foundation for MHD's future success too. "We have launched a renewable energy division, introducing the ABB brand of chargers for electric cars, solar panels, construction equipment, and different sustainable solutions that are aligned with the goals of the Oman Vision 2040, which we are committed to contribute to by all means," he adds. As was the case for pretty much every other business, MHD ACERE also had to weather the effects of the COVID-19 pandemic that broke out in 2020. "As a result of the pandemic, and like many other automotive businesses, the growth of MHD was hindered," Al-Bahrani says. "But we kept high hopes, and tried to see new opportunities, and take advantage of the challenges. We sought to integrate some of MHD's verticals to optimize operations. We also strengthened our presence online through expanding our virtual network, and launching e-commerce portals to facilitate a safe and simple purchase experience for our customers from the comfort of their homes." 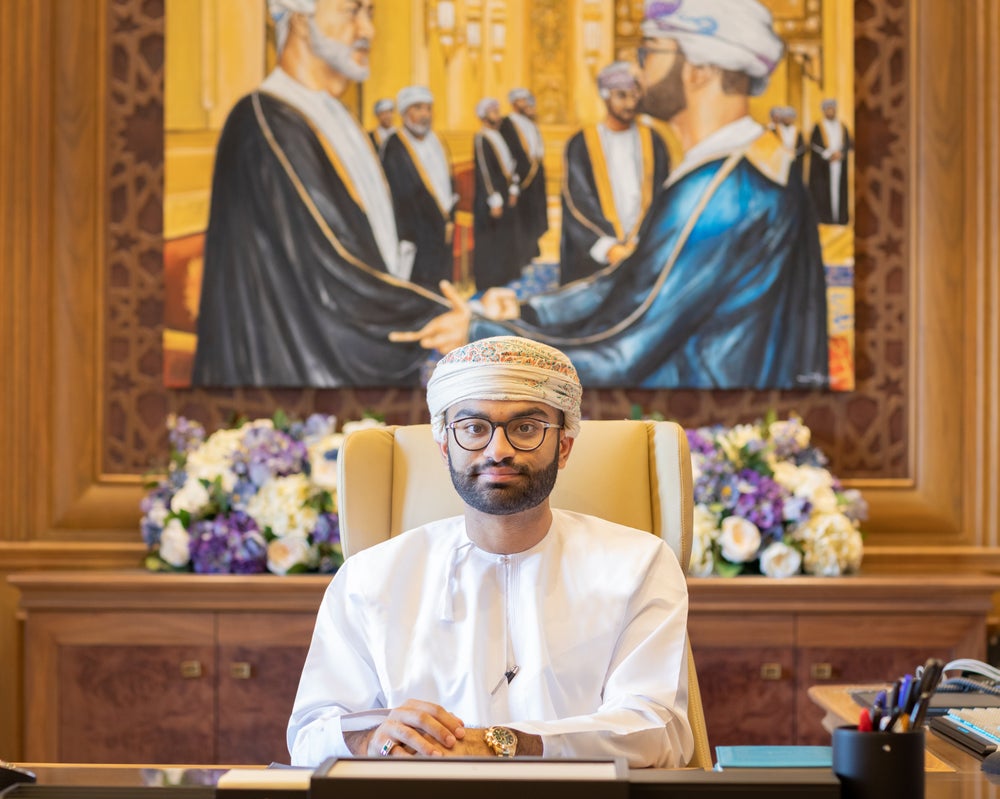 According to Al-Bahrani, the lessons learnt from such challenging times have proved to be essential for the company's future progress. "One is changing the way we approach business by becoming more aggressive, using whatever tools at our disposal, and seizing every opportunity, big and small," he says. "Moreover, we had to be creative and find ways to go around obstacles to grow, while remaining focused on our goals."

This mindset stems from the strategy that he uses for leading MHD ACERE, which rests upon a belief that the role of a CEO stretches beyond only administrating the overall operations of a company. "He or she should be a friend of their colleagues, a coach, a leader, a motivator, and much more," Al-Bahrani explains. "I try to perform all these duties with utmost sincerity, yet I discourage a strict top-down approach in a company. At MHD ACERE, every employee is a valuable asset of our company, and an integral part of the company's ideation and decision-making process. This stood as MHD culture over the past years, and I have endeavored to maintain and honor that."

Looking back on his time at MHD, there are two achievements that Al-Bahrani is particularly proud of. "One of the key moments that I believe made a pivotal turn in my career at MHD is successfully attracting world-class automotive brands such as McLaren, Jaguar Land Rover, and Hongqi to our group," he says. "This has opened several prospects, and helped accelerate the following stages of growth. I am also proud of establishing the renewable energy division, which will be the pioneer of turning Oman into a futuristic, sustainable, and eco-friendly state. Additionally, we have achieved extraordinary growth of MG, and expanded the brand's dealership in different regions in Oman."

Al-Bahrani wants to keep automotive services as a focal point for MHD ACERE, which is evident from him establishing its AutoExpert initiative, which provides premium off-roading products from Australian manufacturer and supplier of suspension parts Ironman 4×4, as well as car care products from British manufacturer Autoglym, along with offering car valeting and detailing services. Furthermore, the newly-formed MHD Rental and Leasing division provides hassle-free rental and leasing of a wide range of vehicles. Having added other growth verticals that include the aforementioned construction equipment and renewable energy departments, Al-Bahrani has also launched MHD ACERE's HospiCare division by partnering with the best global medical brands to bring some of the best medical equipment to Oman.

It's thanks to such efforts that Al-Bahrani believes MHD ACERE will be a key contributor to Oman's Vision 2040, which aims at developing a sustainable and diversified Omani economy driven by the private sector. "Oman has a promising business environment, with its basic infrastructure, and abundance of opportunities in its budding market," he says. "Oman is considered one of the most politically stable and developed countries in the Arab world, as maintained by many international indices. It is known for its safety and peacefulness in different aspects. I believe that this is the main strength for a business hub." 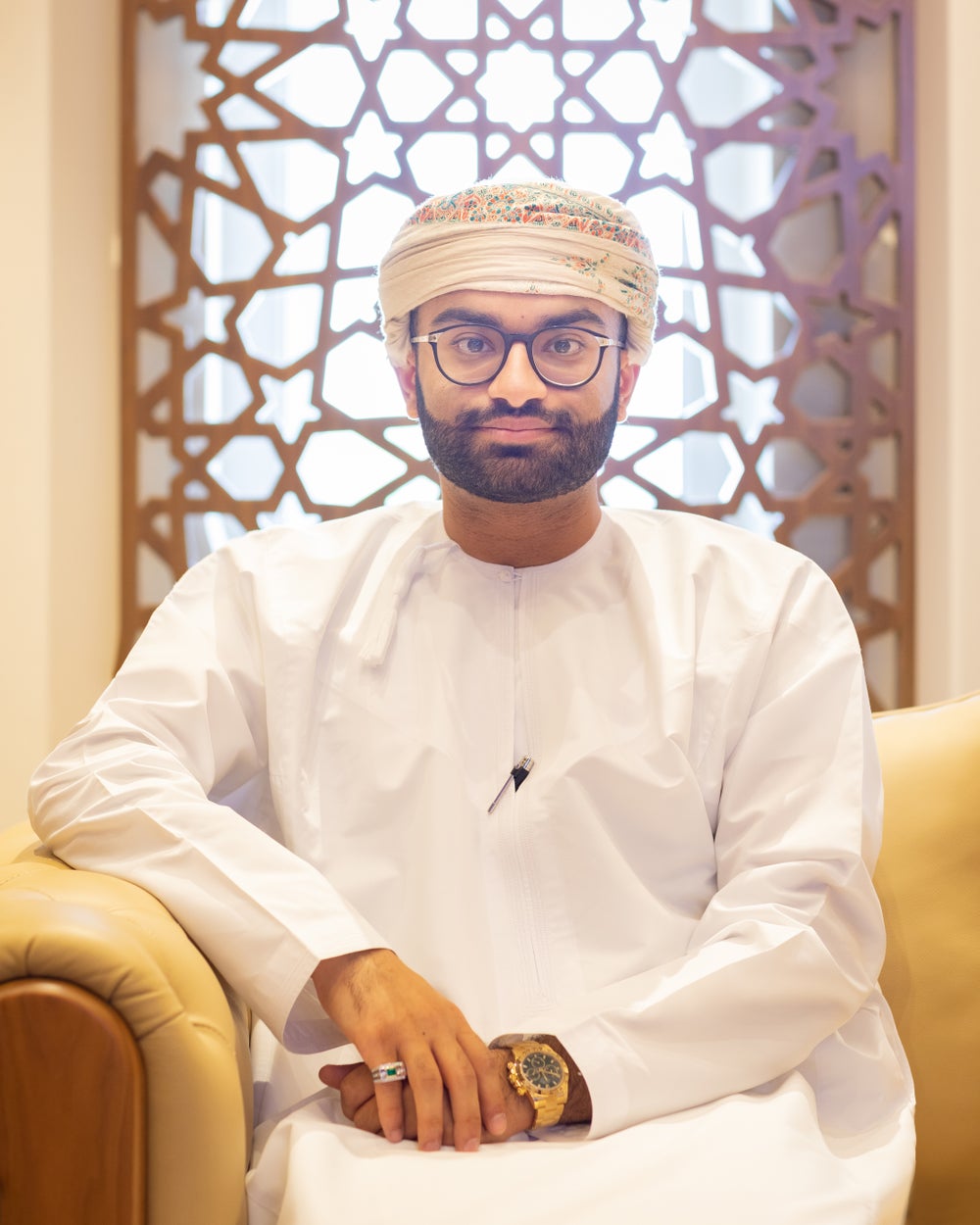 Having said that, Al-Bahrani says that it is crucial to further enable the Omani private sector through different governmental incentives and regulations in order to boost the country's socio-economic development. This approach, he adds, needs to be applied across all the GCC markets. "The entrepreneurial ecosystem in the member states of the GCC is rapidly evolving in conjunction with the rising economic diversification movement, and therefore, the opportunities are increasing," Al-Bahrani says. "However, creating a more friendly atmosphere for entrepreneurs can be challenging, as it requires a balanced strategy of establishing a venture-attracting market, facilitating policies, proper funding, and other supporting methods."

But given that regional markets are still growing and developing, Al-Bahrani advises fellow entrepreneurs to be as agile as possible to adapt to their circumstances. "They need to possess the mental flexibility to go beyond their business vision," Al-Bahrani adds. "To be successful, they need to maintain authenticity and take unconventional routes, as opposed to constraining themselves with fixed road maps." Given his time at the helm of MHD ACERE, Al-Bahrani is someone other CEOs can certainly learn from when it comes to leading their respective businesses. "My first word of advice to fellow CEOs is never let failure get to your heart, but also, don't let success get to your head," he says. "Setbacks exist to teach us lessons, but it is also easy to forget the importance of consistency in the euphoria of victory. Just keep the balance, and do not let any of the two extremes take over you."

Speaking to entrepreneurs specifically, Al-Bahrani says that keeping one's passion alive for what one does is crucial. "Passion is the most efficient fuel to success," Al-Bahrani declares. "It will take you everywhere you want to go, if you add hard work to the equation. Lastly, believe in yourself. Believe that you can go beyond expectations, and always challenge your perspective. This is how you guarantee self-improvement."