Paul Misener, Vice President for Global Innovation Policy and Communications at Amazon, describes how his company continues to foster a culture of innovation and entrepreneurial spirit within the enterprise.

By Pamella de Leon April 12, 2022
Opinions expressed by Entrepreneur contributors are their own.
You're reading Entrepreneur Middle East, an international franchise of Entrepreneur Media.

"Rather than spending more time gathering more data and being hesitant to launch, why not just launch it, and if it doesn't work out, why not just keep trying?" This ethos of being open to experimentation and failure is how Paul Misener, Vice President for Global Innovation Policy and Communications at Amazon, describes how his company -one of the world's most valuable brands, by the way- continues to foster a culture of innovation and entrepreneurial spirit within the enterprise. Misener talked about this at great length in his talk at this year's edition of STEP Conference in February in Dubai, and shortly after he addressed the crowd, I got the opportunity to speak with the Amazon veteran in a freewheeling conversation that had him explaining (and advocating) the innovative mindset his company professes.

Prior to joining Amazon in 2000, Misener was an engineer, lawyer, and astrophysicist who had brought his expertise to advise numerous policy and technology organizations during his career. For instance, he served as the Senior Legal Advisor to a commissioner of the US Federal Communications Commission, he also co-founded and led the Internet Access Coalition, and he continues to be on the board of a number of organizations in the US, advising on economic development, technology, education, and public affairs. While Amazon famously started as an online bookseller in 1994, its success had propelled by the late 90s and early 2000s, having broadened its retail categories, as well as launched its IPO on the NASDAQ market in 1997. So, what led Misener to join Amazon in its early days? "I felt the company had a lot of opportunity," he replies. "But it was really about spending time with [Amazon founder and Executive Chairman] Jeff [Bezos], just getting to know him and hearing his vision, and I thought to myself, I want to work for this man."

Misener has since gone on to be dubbed as Bezos' "righthand man for all things innovation," but he points out that that title isn't entirely true. "The characterization isn't easily accurate, because everyone in the company is required to be innovative," Misener says. "It's not just a separate group of people or an individual that are innovators; everybody is." Elaborating his affinity with Bezos, Misener states that he has a learnt a lot from the founder over the years. Five years after joining the company, the duo had a talk that Misener continues to fondly remember. "We sat down and decided that we had a culture, and we wanted to describe it. So, we undertook the exercise of writing down what the culture was at that moment- it wasn't what we hope to be, it wasn't fiction, you know? It was a very honest assessment of who we were, and how we did business, and those become the first version of our Leadership Principles."

Though it has changed over the years, Amazon's Leadership Principles remain a mainstay of the company, with it currently consisting of 14 values that guide it and its employees, which include being customer-obsessed, having ownership, learning to be curious, and more. As per Misener, it acts as a prescriptive for everyone who becomes a part of the company. "They tell new Amazonians, and remind older Amazonians, about what our culture is," he explains. "So, it became a way of thinking. It's not saying that Amazon has the best culture; it's certainly not the only culture, it just happens to be our culture."

Misener also highlights that when Bezos moved on from his role as the company's CEO to its Executive Chair, change also came to strike Amazon's Leadership Principles. "We adopted new Leadership Principles, which are, explicitly, aspirational," he says. "We want to become, first, the best employer, and secondly, we want to do better by our communities. These are both areas where we recognize that we're doing something, but we could be better in both, so these are aspirational parts of our culture." 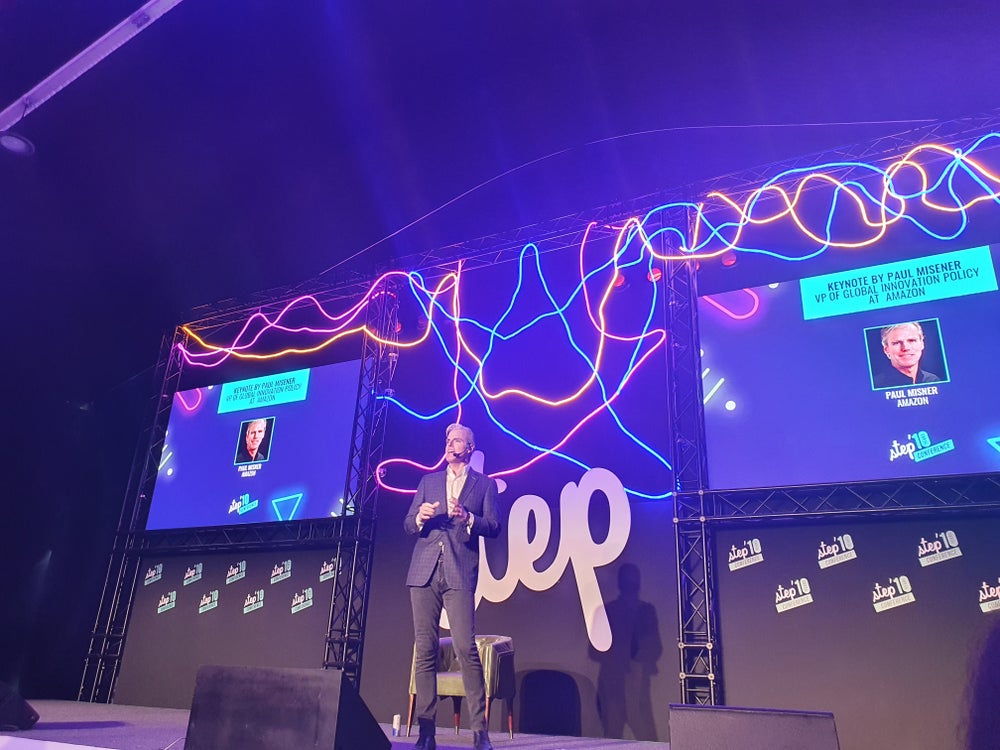 Interestingly enough, all of this has now turned into an important aspect of Misener's current advocacy at Amazon. Up until 2016, Misener established and led the global public policy operations division, which involved building relationships with governments across the world. His current role, which he has had for over five years, is a lot more focused on strengthening company culture. "I'm looking out for the protection and continuation of Amazon's culture, as well as the thoughtfulness of our leadership principles, especially as we've grown so much in recent years," he explains. "This will help ensure that newer employees understand the importance of culture at Amazon, and also give them an opportunity to experience how this culture is going to apply through the years."

According to Misener, Amazon's obsession with its customers is the most important factor to understand the company's approach to culture and innovation. "Everything we do has something for our customer in mind," he says. "So, we don't innovate and invent just for the sake of it; we really want to do something that is designed to get our customers, so customer obsession is first." A second factor to note lies in the fact that the company continues to encourage a startup-like mindset within the business, "We want to operate like a startup, so we have mechanisms that allow us, as a large organization, to still behave much more like a smaller organization, which means being nimble, being quick to act, quick to think, and willing to take risks," Misener explains. "As we're trying to innovate, we're not afraid of experimenting, and actually failing to do things… As we're trying to develop new products and services for our customers, we want to do those failures before it gets to the customers. But to do anything new and innovative, you must experiment and that must entail the possibility of failure."

Given that Misener emphasized Amazon's insistence on maintaining the entrepreneurial spirit of a startup, one wonders what this exactly entails for a trillion-dollar company. Again, Misener refers back to being deeply customerfocused, pointing to what Bezos and his team internally call "having a Day 1 mentality." In a 1997 letter to shareholders, Bezos outlined how this business outlook is fundamental to Amazon's success, which involves relentlessly focusing on customers, long-term value, and making bold moves. "Day 1 means that we're not ever looking back, and getting comfortable on the things that we've already done," Misener explains. "We're always looking ahead for what we can do better for our customers."

Another way the company ensures a startup-like culture is by encouraging small teams to operate very independently within the company as they innovate. "[In doing so,] it doesn't require all sorts of corporate approval across the entire organization to try new things," Misener says, while also noting that employees are also empowered to be innovative. "I think all our employees, no matter what role they have, they are expected to invent on behalf of customers. Those inventions can be small improvements deployed over large numbers of items, or many years, or they can be fundamental innovations that are sort of world-changing." 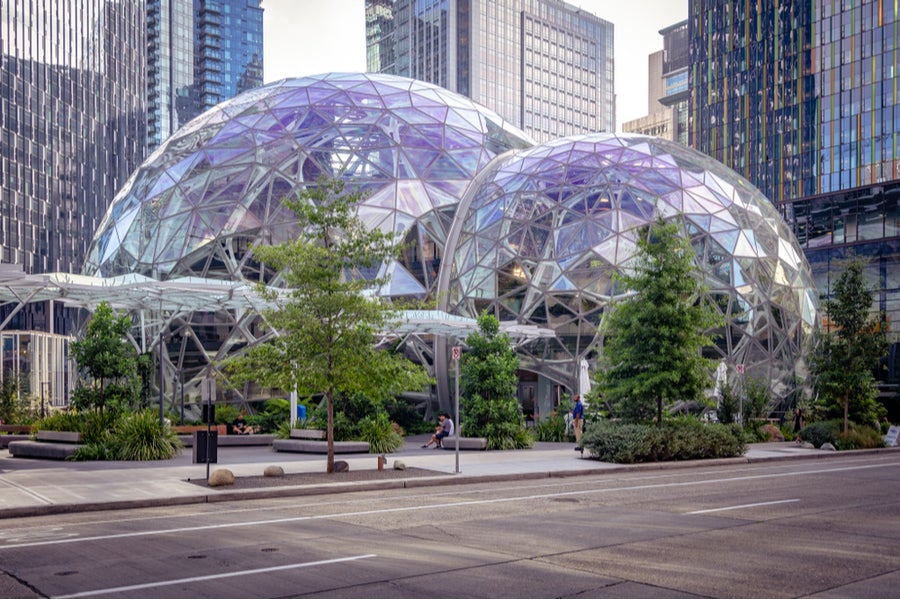 Looking at Misener's track record as an Amazon executive for 22 years, I ask his thoughts on staying passionate and avoiding burn-out in his role. To this, Misener indicates the significance of truly believing in what his enterprise is all about. "I believe in what we're doing, I really do," he says. "It's an idea that we would love to see imitated. I can see others do the kinds of things we do, and that's great, and that makes it better for all customers, so I really believe in the mission, and what we're doing. It gets me up in the morning!"

On that note, when asked on his thoughts to share his advice for entrepreneurs wanting to realize their ambitions, Misener replies, "It's hard, because they're in very different businesses, but I would say, focus on solving a problem for customers. Don't just have a technology for the sake of technology. Because it might be interesting, it might be a great little invention, but if it doesn't solve a problem or somebody, then it's impractical. I would really figure out how to do and take care of some challenge or pain point for some group of customers, and your business will be very successful if you can help people that way."

Related: Riding The Wave: Building A Resilient Culture Of Innovation For Corporations In A Post COVID-19 World