In one of the biggest buyout deals, billionaire entrepreneur Elon Musk has bought 100 per cent stake in Twitter for approx $44 billion, all of it in cash. Investors will receive $54.2 for each Twitter share they own. 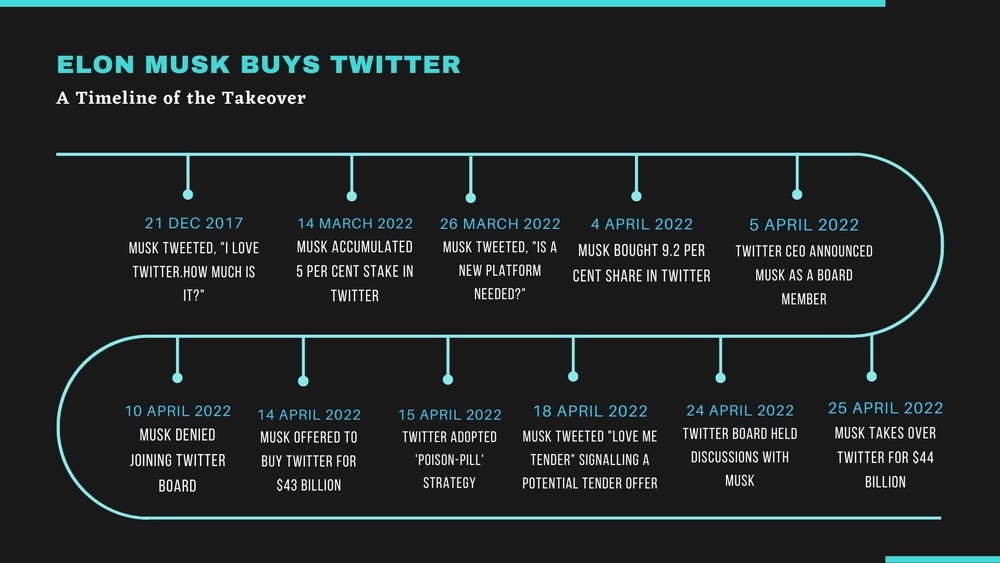 After acquiring the 16-year-old social networking platform, Musk tweeted praising free speech, saying that it is the bedrock of a functioning democracy.

"Free speech is the bedrock of a functioning democracy, and Twitter is the digital town square where matters vital to the future of humanity are debated," Elon Musk said in a statement.

"I also want to make Twitter better than ever by enhancing the product with new features, making the algorithms open source to increase trust, defeating the spam bots, and authenticating all humans," the Tesla CEO added.

Last month, Musk asked users on Twitter if he should launch a new social media platform since Twitter doesn't "adhere to right to free of speech". Responding to this, many users had said that he should instead buy Twitter. Musk also said that Twitter suppresses the right to free speech, which is believed to be the first thing he would solve as the owner of Twitter.

Elon Musk believes that Twitter has "tremendous potential", and he "looks forward to working with the company and the community of users to unlock it".

A few weeks ago, Elon Musk bought a 9.2 per cent stake in Twitter. This made him the second-biggest shareholder in the company. However, he declined to be a part of the company's board.

"Twitter has a purpose and relevance that impacts the entire world. Deeply proud of our teams and inspired by the work that has never been more important," said Twitter CEO Parag Agrawal.