Is Arqit Quantum a Good SaaS Stock to Buy on the Dip?

Arqit Quantum's (ARQQ) shares dipped nearly 16% in price last week on former employees' allegations about its encryption software. In addition, the stock is currently trading at a premium valuation,...

By Pragya Pandey April 26, 2022
This story originally appeared on StockNews

Arqit Quantum's (ARQQ) shares dipped nearly 16% in price last week on former employees' allegations about its encryption software. In addition, the stock is currently trading at a premium valuation, given the company's poor profitability. So, is it worth betting on the stock at its current price level? Read on, let's discuss.

London-based Arqit Quantum Inc. (ARQQ) is a cybersecurity company. Its flagship product is QuantumCloud, software that allows any device to download a lightweight agent for key generation.

The company has made bold claims regarding its encryption software, which include its claim that not even quantum computers will be able to crack its encryption. These claims have prompted former employees of the company to speak up, charging that ARQQ is exaggerating QuantumCloud's readiness and capability. They also charge that the corporation is overconfident about its future revenue. These allegations have raised investor skepticism regarding ARQQ's prospects. 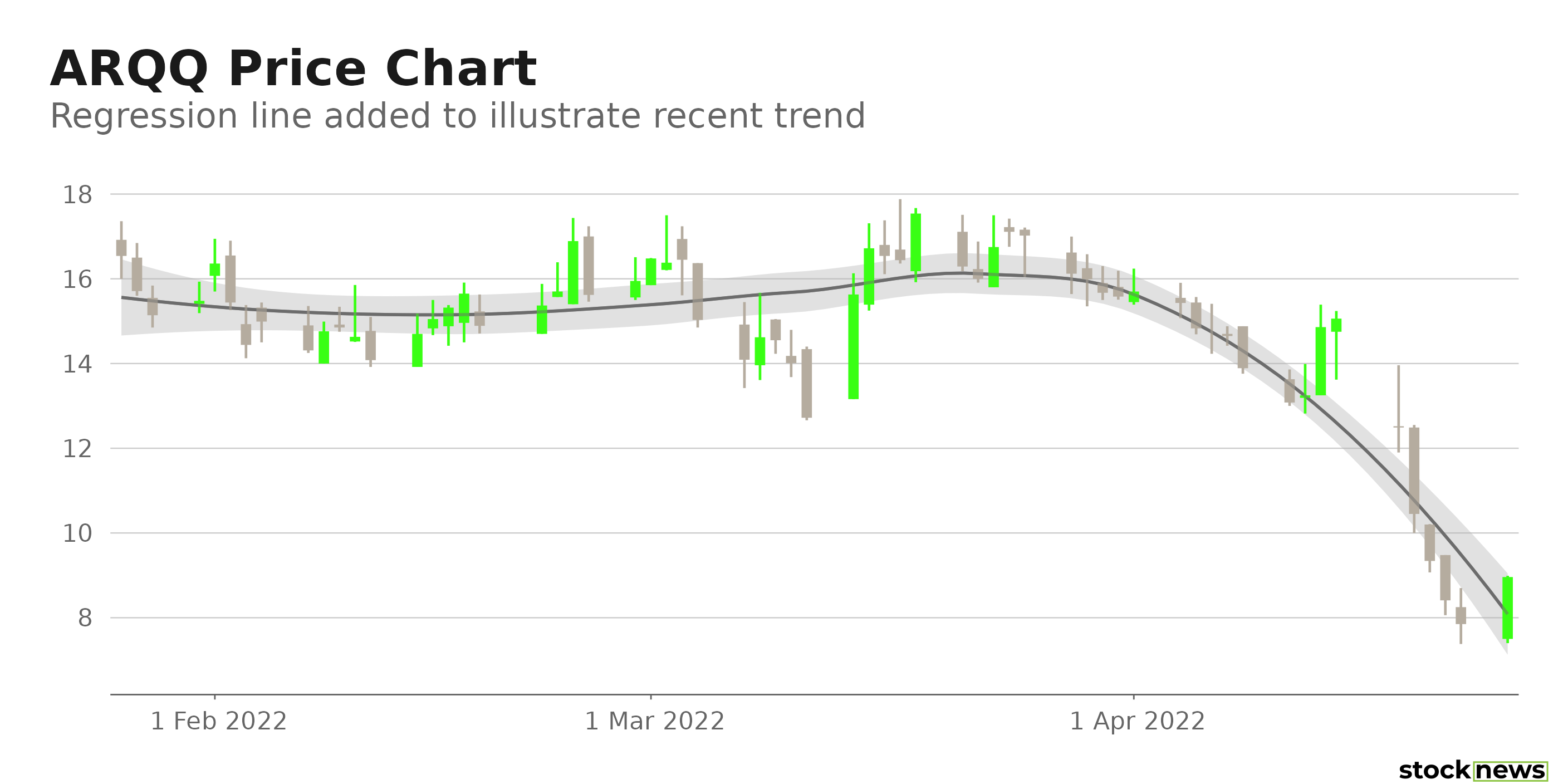 Here is what could shape ARQQ's performance in the near term:

ARQQ has an overall D rating, which equates to Sell in our proprietary POWR Ratings system. The POWR ratings are calculated by considering 118 distinct factors, with each factor weighted to an optimal degree.

Our proprietary rating system also evaluates each stock based on eight distinct categories. ARQQ has a D grade for Momentum. The stock is currently trading below its 50-day and 200-day moving averages of $14.72 and $16.90, respectively, which justifies the Momentum grade.

Among the 24 stocks in the F-rated Software – SAAS industry, ARQQ is ranked #20.

Beyond what I have stated above, one can view ARQQ ratings for Growth, Value, Stability, Quality, and Sentiment here.

Click here to checkout our Cybersecurity Industry Report for 2022

While ARQQ is in its early stages of development, its poor profitability and premium valuation could raise investors' concerns over its near-term prospects. Also, recent allegations against the company over its encryption software could further weigh on ARQQ's price performance. Therefore, we believe the stock is best avoided now.

How Does Arqit Quantum Inc. (ARQQ) Stack Up Against its Peers?

While ARQQ has an overall D rating, one might want to consider its industry peers, MiX Telematics ADR (MIXT), The Sage Group Plc (SGPYY), and Descartes Systems Group Inc. (DSGX), which have an overall B (Buy) rating.

The post Is Arqit Quantum a Good SaaS Stock to Buy on the Dip? appeared first on StockNews.com