Is Pacific Biosciences of California a Winner in the Diagnostics & Research Industry?

Despite posting robust sales growth in its last quarter, Pacific Biosciences (PACB) failed to meet consensus sales estimates. In addition, the company continues to face severe headwinds in the guise...

By Pragya Pandey April 26, 2022
This story originally appeared on StockNews

Despite posting robust sales growth in its last quarter, Pacific Biosciences (PACB) failed to meet consensus sales estimates. In addition, the company continues to face severe headwinds in the guise of various economic uncertainties and pandemic-led disruptions. So, let's evaluate if it's worth betting on the stock now. Read on.

Pacific Biosciences of California, Inc. (PACB) in Menlo Park, Calif., provides life scientists with extremely precise sequencing technologies. The company's unique equipment is based on single molecule, real-time Sequencing technology, which provides a complete picture of genomes, transcriptomes, and epigenomes, allowing access to the whole spectrum of genetic diversity in any organism.

The company's shares are down 64.9% in price year-to-date and 22.2% over the past month to close yesterday's trading session at $7.19. In addition, PACB failed to meet consensus sales estimates in its last reported quarter, which further weighed on its stock's price performance.

PACB saw lower utilization in January, due mainly to pandemic-related effects and accompanying quarantines, which slowed lab production and, in some cases, prevented lab access. Along with the pandemic, the current economic environment has resulted in capital purchase delays in the first quarter, notably in EMEA. 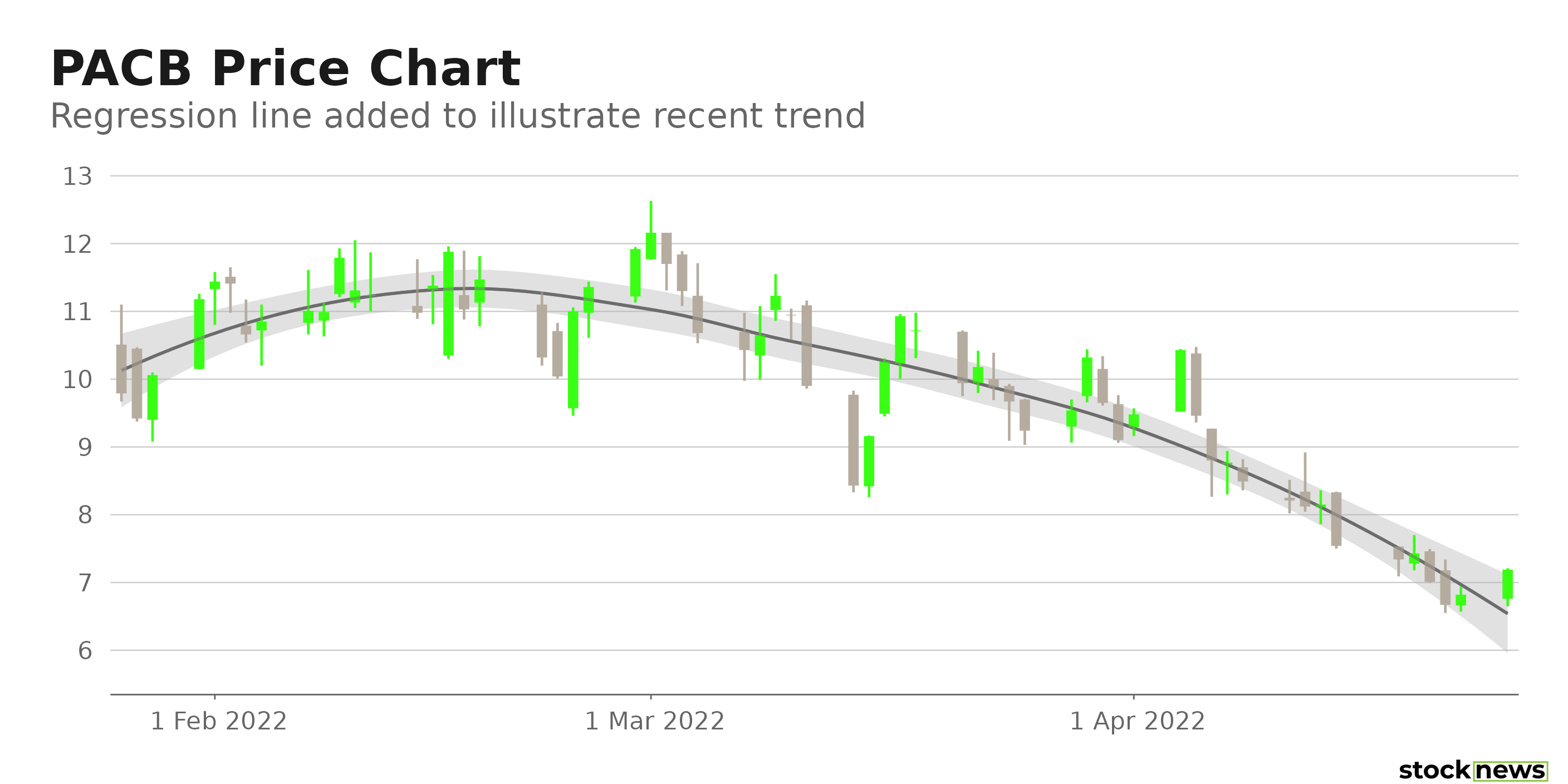 Here is what could shape PACB's performance in the near term:

PACB has an overall D rating, which equates to Sell in our proprietary POWR Ratings system. The POWR ratings are calculated by considering 118 distinct factors, with each factor weighted to an optimal degree.

Our proprietary rating system also evaluates each stock based on eight distinct categories. PACB has a D grade for Stability and Quality. The stock's 1.26 beta is consistent with its Stability grade. In addition, its poor profitability is in sync with the Quality grade.

Among 49 stocks in the D-rated Medical – Diagnostics/Research industry, PACB is ranked #42.

Beyond what I have stated above, you can view PACB ratings for Value, Momentum, Growth, and Sentiment here.

While the company reported solid revenue growth in its last quarter, it failed to meet analysts' estimates. In addition, analysts expect its EPS to decline 47.7% in the current year. Furthermore, the stock is currently trading below its 50-day and 200-day moving average of $9.77 and $20.44, respectively, indicating a downtrend. So, we believe the stock is best avoided now.

How Does Pacific Biosciences of California Inc. (PACB) Stack Up Against its Peers?

While PACB has an overall D rating, one might want to consider its industry peers, Global Cord Blood Corporation (CO), Qiagen N.V. (QGEN), and Agilent Technologies Inc. (A), which have an overall A (Strong Buy) rating.

The post Is Pacific Biosciences of California a Winner in the Diagnostics & Research Industry? appeared first on StockNews.com