Whether it is heading the biggest tech companies globally or becoming the go to eating joints in spots all over the globe, the Indian influence is everywhere. And when you're far away from your country and spot a familiar brand serving some of your desired dishes, you approach it with a special kind of joy.

By Kabir Singh Bhandari June 14, 2022
Opinions expressed by Entrepreneur contributors are their own.
You're reading Entrepreneur India, an international franchise of Entrepreneur Media.

Whether it is heading the biggest tech companies globally or becoming the go to eating joints in spots all over the globe, the Indian influence is everywhere. And when you're far away from your country and spot a familiar brand serving some of your desired dishes, you approach it with a special kind of joy. Memories of home come flooding back along with the gastronomical journey you get to experience. Over the years, various Indian restaurants have opened outlets abroad, making their mark across continents, but what led to their success and which dishes are enjoyed the most by Indians and the local populace there? Two successful restaurant owners give us a perspective on what is needed to flourish there and their plans for the future.

Zorawar Kalra, founder and managing director of Massive Restaurants Pvt Ltd, which owns brands such as Masala Library and Farzi Café, has outlets in nine countries, with the 10th opening two months later in the U.S. His restaurants abroad, chiefly Farzi Café, have becoming very popular. An outlet which opened in Canada just six months ago is already considered as the top choice there across all categories, not just Indian food. The one in Oman is one of the top three joints there in terms of revenue, whereas London and Kuwait are also doing well. "The real surprise, however, were North America and Canada because there it has become a rage there and the local government has issued a special certificate to us," says a beaming Kalra. 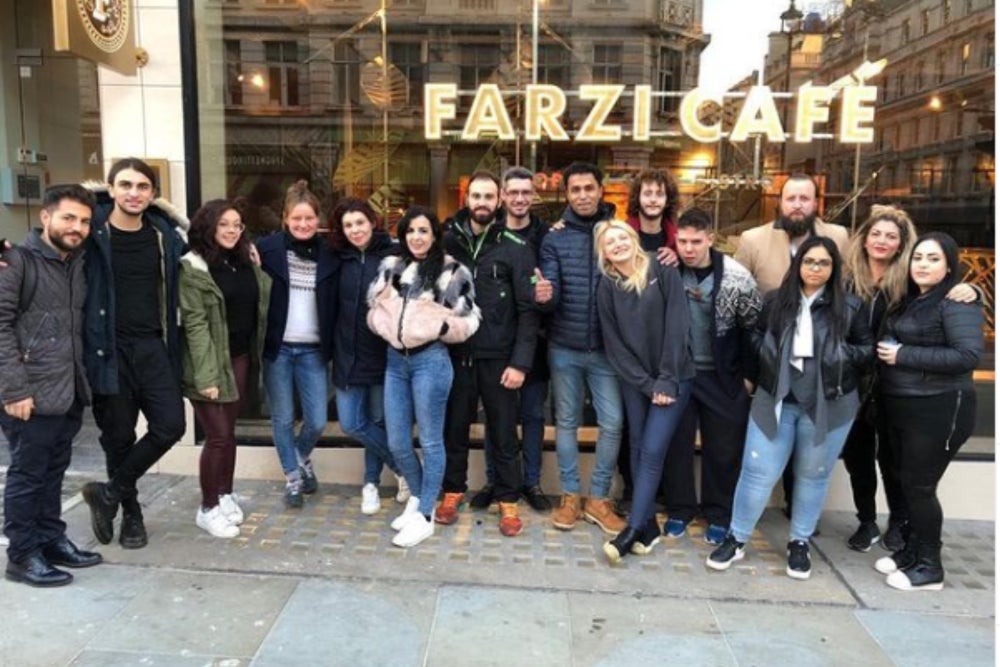 The key to success in this sphere according to him lies in having a passion for what one does, with the driving force being their franchise head who he describes as very organized and efficient. Kalra says he wants to expand to a 100 countries, and the key is all about having standard operating procedures, which help overcome obstacles such as the time zones. The one constant pain point however, is the difficulty in getting visas for US, Canada and London.

For other challenges such as understanding the real estate geographies, choosing the right consultants is imperative. "Since each restaurant is a huge investment, you can't take a risk without having done your due diligence," he says.

Popularity and profits aside, each market has its own favourite dishes, with Dal Chawal Arancini being the global hit, coming as a surprise to him since a lot of them are meat eating markets and it is a vegetarian dish. Other loved dishes include a deconstructed Pani Puri done in a molecular way in Canada, loved by the locals too. In London, they have an interesting take on Fish and Chips, giving it an Indian twist.

With Masala Library opening soon in Doha at Raffles, the world's most exclusive hotel, Kalra has plans to open outlets in France and going big in the US market, while also being keen on Japan, as along with India it is one of the greatest culinary societies in the world.

Another notable place is Noor Mahal Hotel, Karnal, which opened Colonel Saab, their modern Indian cuisine fine dining restaurant last year. The restaurant is situated at the very heart of the London City – High Holborn. The hotel is known for its restaurants such as the award winning Frontier Mail, which allows you to step back in time offering you dishes which are inspired from the Frontier Mail train that operated between Bombay and Peshawar during the pre-independence days.

"When the whole hospitality and restaurant industry was following the strategy of caution during the pandemic, we were working on Colonel Saab. The creation of this fine dining restaurant was delayed and extended due to the pandemic effect. It is my dream project and so something very close to my heart when all hospitality brands had suspended expansion plans and were cutting down costs. We took on the challenge and invested in building Colonel Saab to welcome our guests as soon as we were allowed to," says Kr. Roop Partap Choudhary, Executive Director, Noor Mahal and Founder Colonel Saab, London (UK).

London being a multilingual city, as a melting pot of various cultures and nationalities, it has always had exposure to foreign cuisines. So Indian cuisine was not new to the foodies in London, which is why Choudhary saw it as an opportunity. The coordination between UK and India is made possible because of the training given to their staff, so as to minimise daily management challenges and glitches. Communication is key and technology takes care of the rest.

"People in London are equally knowledgeable and exposed to Indian cuisine as well as other Asian cuisines such as Chinese, Malaysian, Thai etc. Until the last two decades, generic curries such as Butter Chicken and Chicken Tikka topped the charts. However, with the inflow of some very innovative chefs the country has now developed a taste for finer Indian food and regional cuisines," explains Choudhary. The people have become aware of the wide variety of dishes Indian cuisine has to offer in non-vegetarian, vegetarian and even vegan categories, and like to try new things and experience the complex flavours rather than just having the same dish over and over.

Going ahead, he is looking at other European countries for expansion and growth once Colonel Saab has earned a name for its quality and unique offering. The aim is to take the Indian cuisine fine dining experience to various parts of the world to reach a wider audience. "We want to share the grandeur and richness of authentic Indian flavours with foodies from different parts of the world," he says, passionately.