The television show "Shark Tank Georgia" premiered on the Georgian Public Broadcaster in 2021, and was quick to become popular. During the show's first season, the "Sharks" invested 1,500,000 GEL and became shareholders in 14 businesses. It's no surprise, then, that the show's highly anticipated second season was much bigger and even more interesting. Two international standard deals were made this year with startups whose activities go beyond the borders of Georgia. During the second season of "Shark Tank Georgia", 12 participants were funded and new investments of 1.5 million GEL were made. Taking both seasons together, that means a whopping 26 participants have already achieved success and over 3 million GEL has been invested in Georgian businesses. 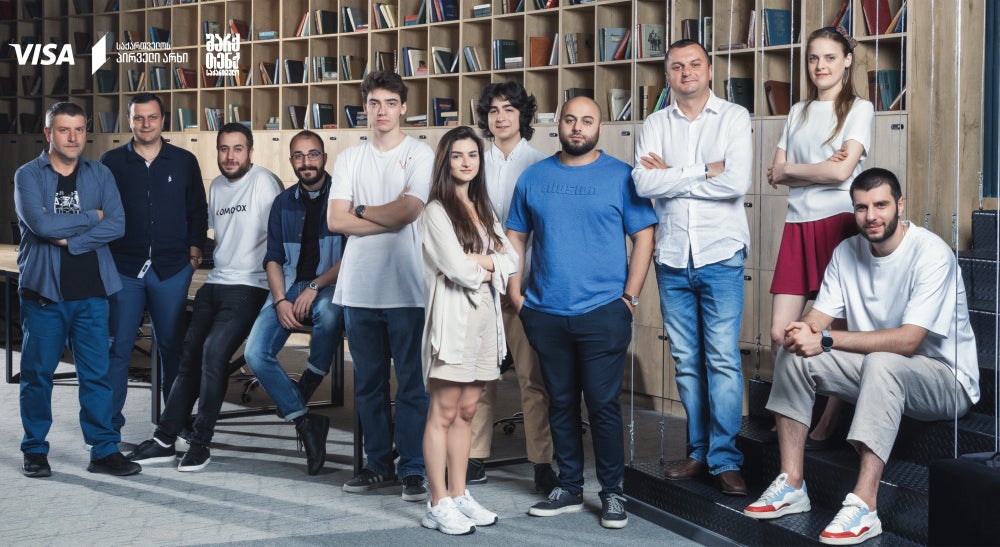 "Shark Tank Georgia" is a platform created by the Georgian Public Broadcaster that allows startup companies to present their projects in order to raise finances, and offers the audience the chance to see this process in an entertaining way. The project aims to promote Georgian investment in Georgian businesses, which is especially important for small and medium-sized companies here.

"We're proud to have created such a successful platform for investing in the Georgian industry." - says Tina Berdzenishvili, the Georgian Public Broadcaster's Director General. "Three million Laris in funding has been allocated, and this is just the first step. An investment involves achieving ideas, expanding production, and creating new jobs. Providing this opportunity is part of the Public Broadcaster's contribution to society." 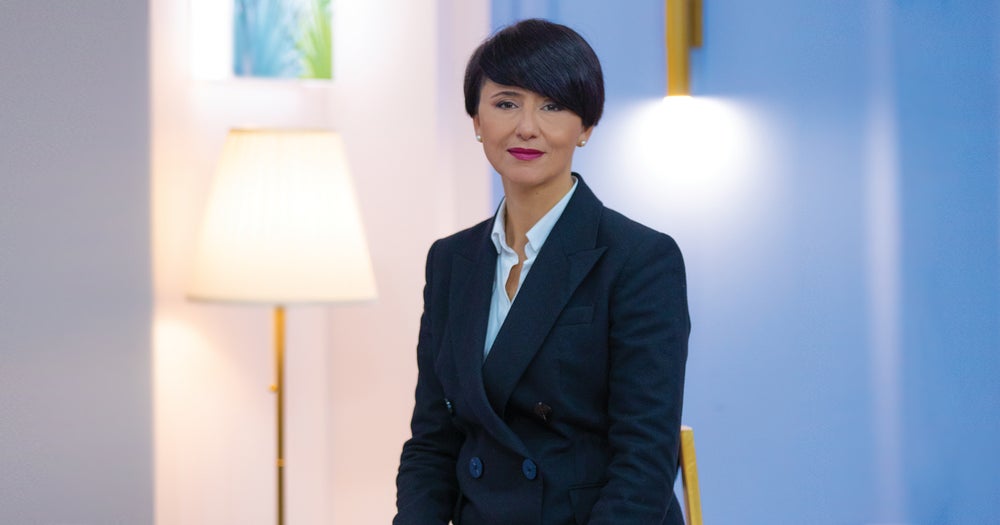 During the long history of the "Shark Tank" project, $250 million has been invested in over 40 countries around the world. The main essence of the project, founded in Japan in 2001 under the name "Money Tigers", is to provide startups with the opportunity to attract monetary and intellectual investments from "Sharks", i.e., a panel of jury members who listen to the entrepreneurs' presentations and ask them interesting questions about their projects. If approved, the "Sharks" offer a specific amount to the contestants in exchange for a certain share in the company. This project has made it possible for many people around the world to become business owners and entrepreneurs. Since last year, Georgian entrepreneurs have also had the opportunity to get involved, and successfully so for many of them.

The general sponsor of "Shark Tank Georgia" is Visa – the world leader in digital payments and a loyal supporter of Georgian businesses. Visa's role in the development of the business ecosystem involves the introduction of innovative products and technologies, as well as the implementation of partnerships in a number of projects and initiatives. The Georgian Public Broadcaster's show "Shark Tank Georgia" is an example of such a project, one which connects businesspersons and investors, simplifies communication between them, and increases local business recognition as well as the opportunity to export products to the global market. 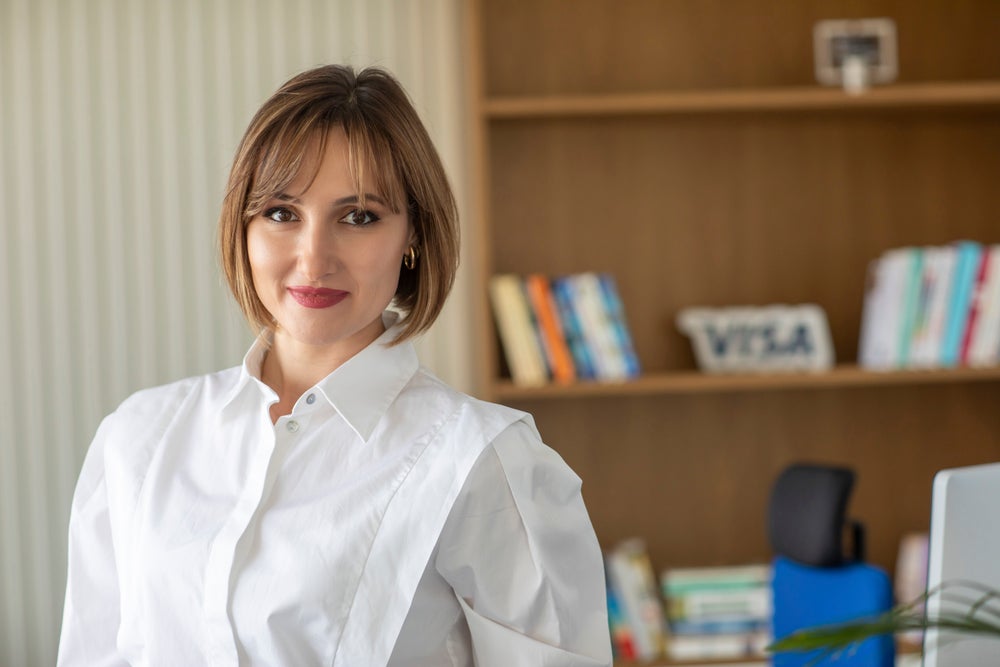 "Supporting small and medium-sized businesses [SMBs] and the economy on a local and global level are among the priorities of Visa's strategy." - says Diana Kiguradze, Visa Regional Manager for the Caucasus Region. "SMBs are the driving force of the local economy and are considered as an important contributor to job creation and productivity growth. Shark Tank Georgia is a platform that ensures successful communication between businesses and investors. The project aims to increase brand awareness of local startups and to promote their products. Visa, a world leader in digital payments, as a general sponsor of the project, grants the winners access to its innovative products and resources."

Entrepreneur would like to introduce you to "Shark Tank Georgia" Season 2's winning businesses, and their founders who managed to attract the attention of the "Sharks" and to win a significant investment. 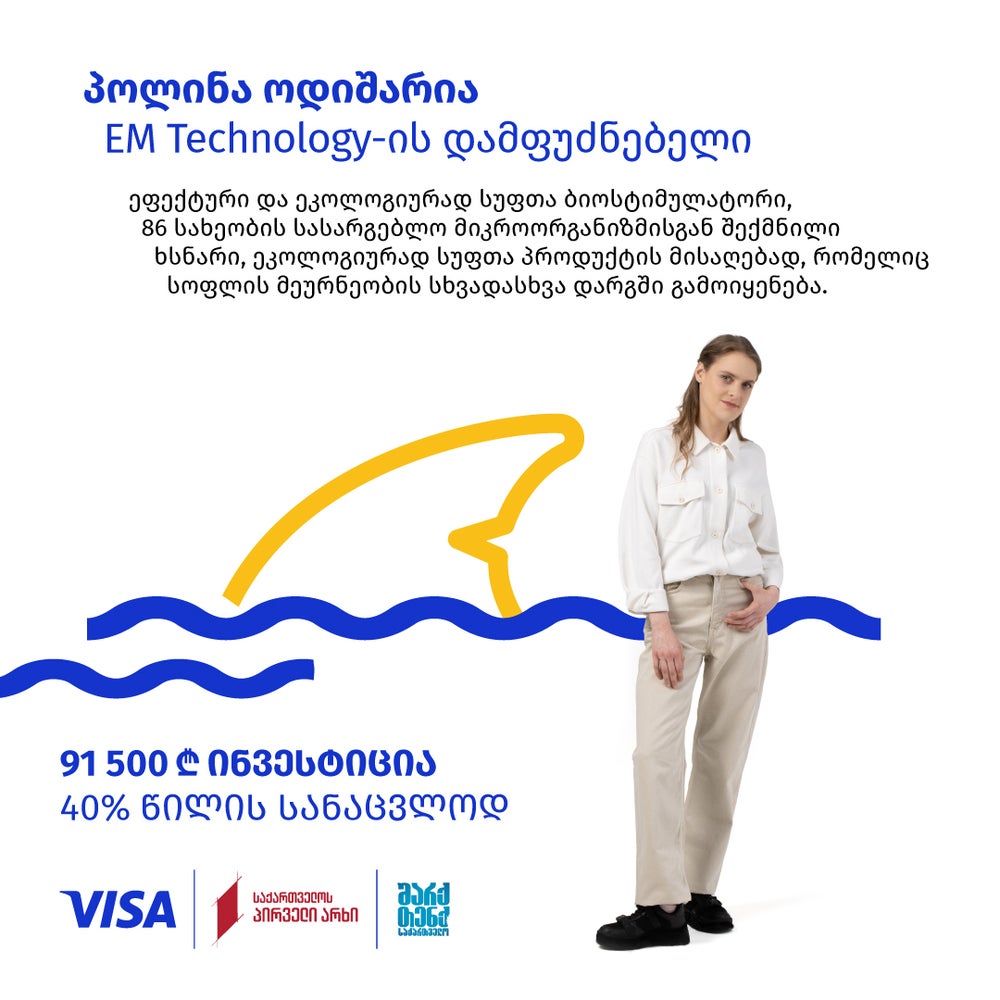 Polina's father Mikhail Odisharia, who had a Ph.D. in physics and mathematics, imported EM (effective microorganisms) from Japan and started developing a niche which is now led by his daughter Polina. The company tackles the problem of limited access to healthy products and foods by introducing EM technologies to the agricultural industry, in horticulture, poultry, livestock, etc.

According to Polina, EM increases yield, improves the immune systems of plants and animals, restores damaged soil, and, most importantly, as an ecologically clean and healthy product, it does not contain genetically modified microorganisms and is completely safe for people and the ecosystem. The company is soon planning to open its first official store, where customers will be able to purchase EM's solutions and concentrates. 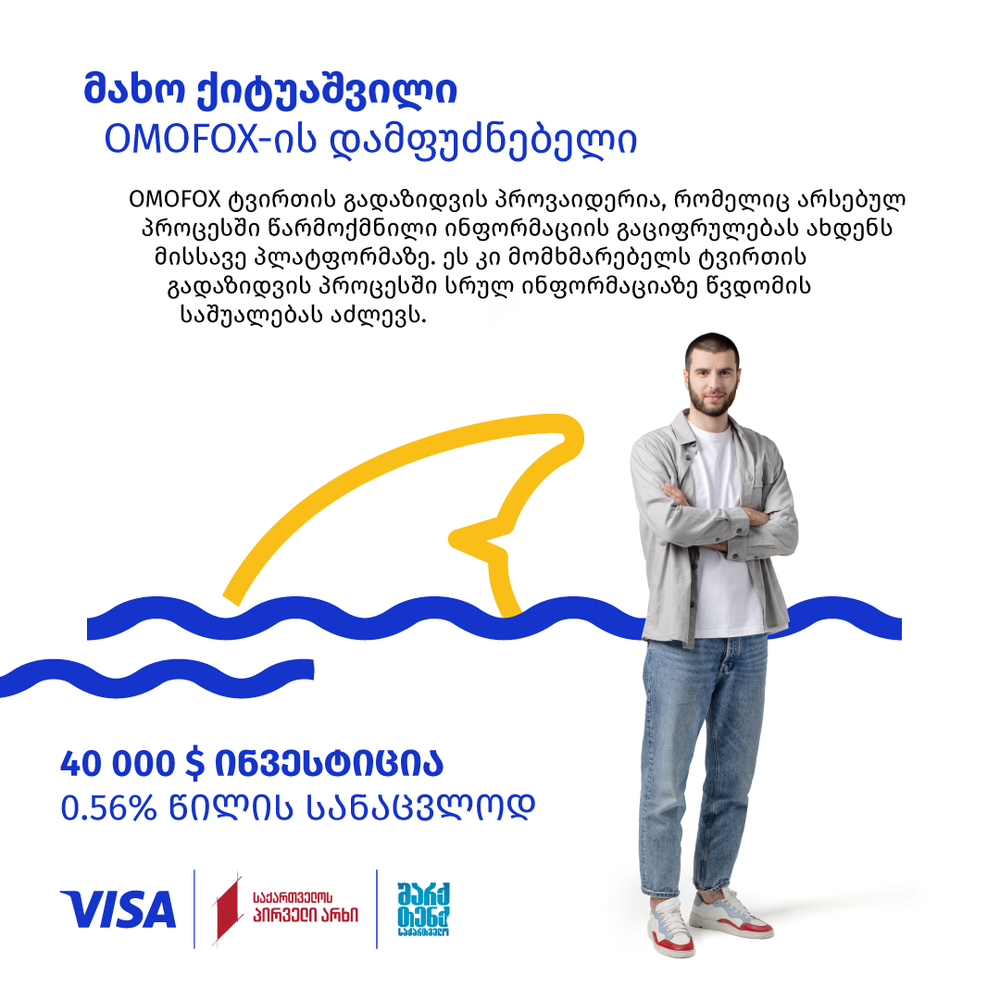 OMOFOX created a digital platform that allows manufacturing, retail, and production organizations to automate their logistics operations by sourcing, planning, and monitoring transportation shipments. Their clients are able to track the location of goods, the status of shipments, documentation, persons involved, and so on. The raised finances will be used in further product development and in scaling up by entering new countries. 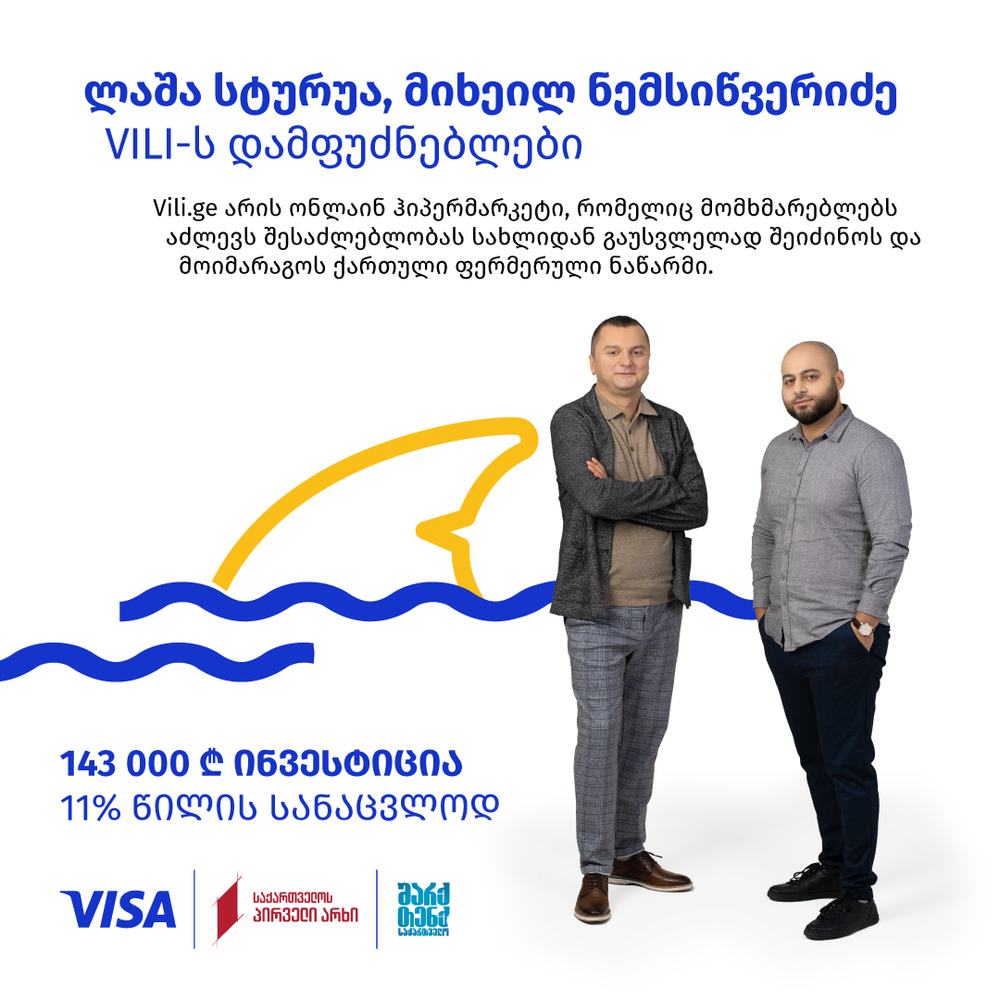 The idea to create Vili coincided with the pandemic's first lockdown, when people's daily lifestyles and consumer behavior changed. Online shopping became more popular, but the existing platforms couldn't meet the demand, and prices increased. Vili's founders saw the need for a new online supermarket with the goal to support Georgian farmers. Vili's platform now has over 1,500 items, including both daily use and agricultural products.

The company is growing fast, with active users increasing daily. The founders noted that they received great advice from the "Sharks", which will enable them to grow in the right direction. Vili currently only delivers in Tbilisi, but it is set to expand nationwide. 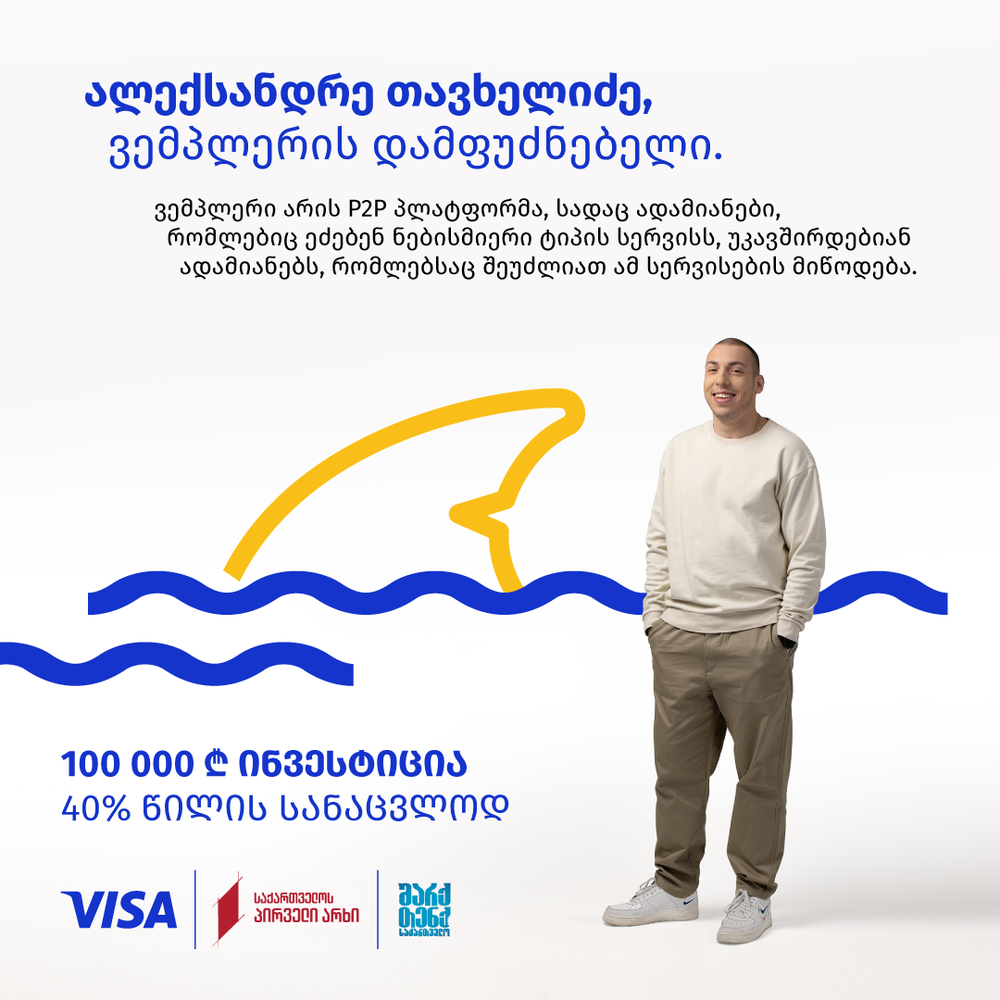 Wempler is a platform where people can find extra sources of income or new staff members on freelance, part-time or temporary contracts. Verified personnel are registered on the platform, where employers can select them for any chosen task. The company will use the raised money to create an MVP version of their platform. 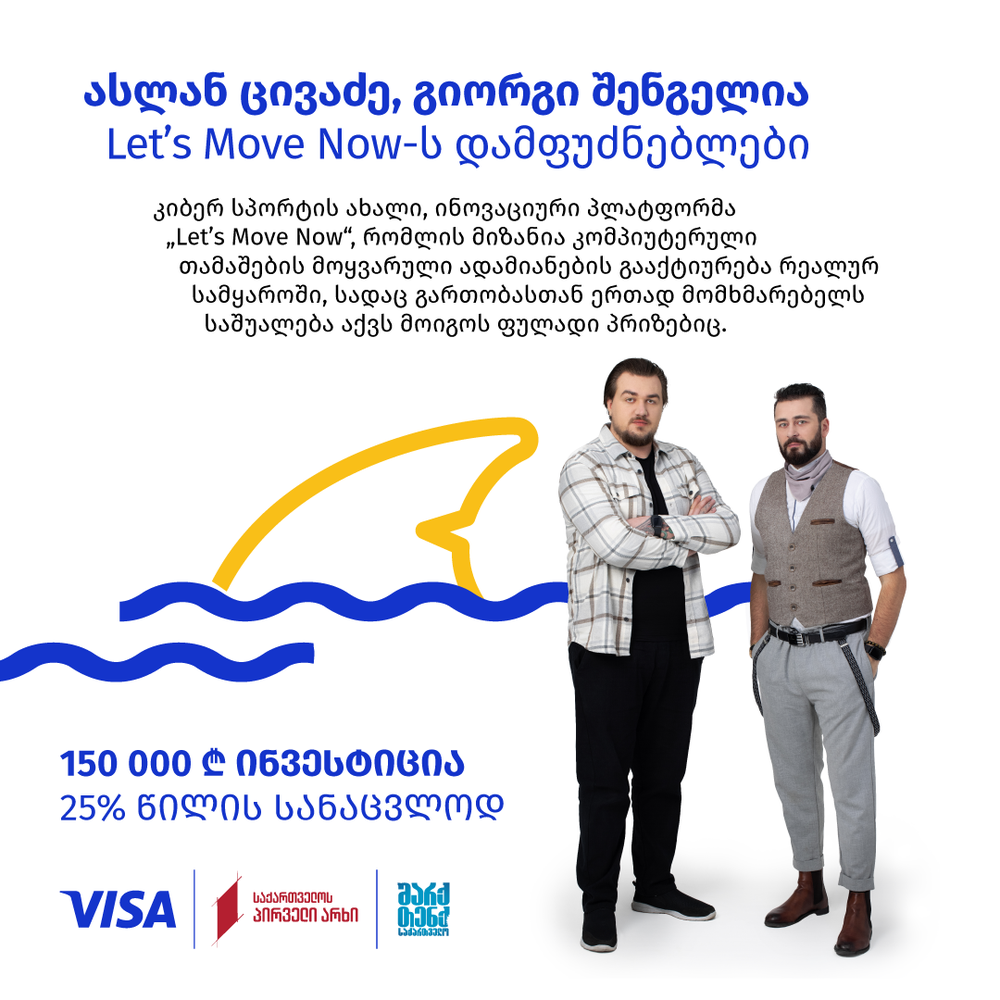 Let's Move Now developed an AR (artificial reality) game that represents a new type of cybersport that combines Battle Royale, Move-to-Earn and other computer games by implementing their ideas in real life. The team created the beta-1 version of the game and is now developing the beta-2 version by implementing blockchain and NFT technologie, with the goal of entering the global market. 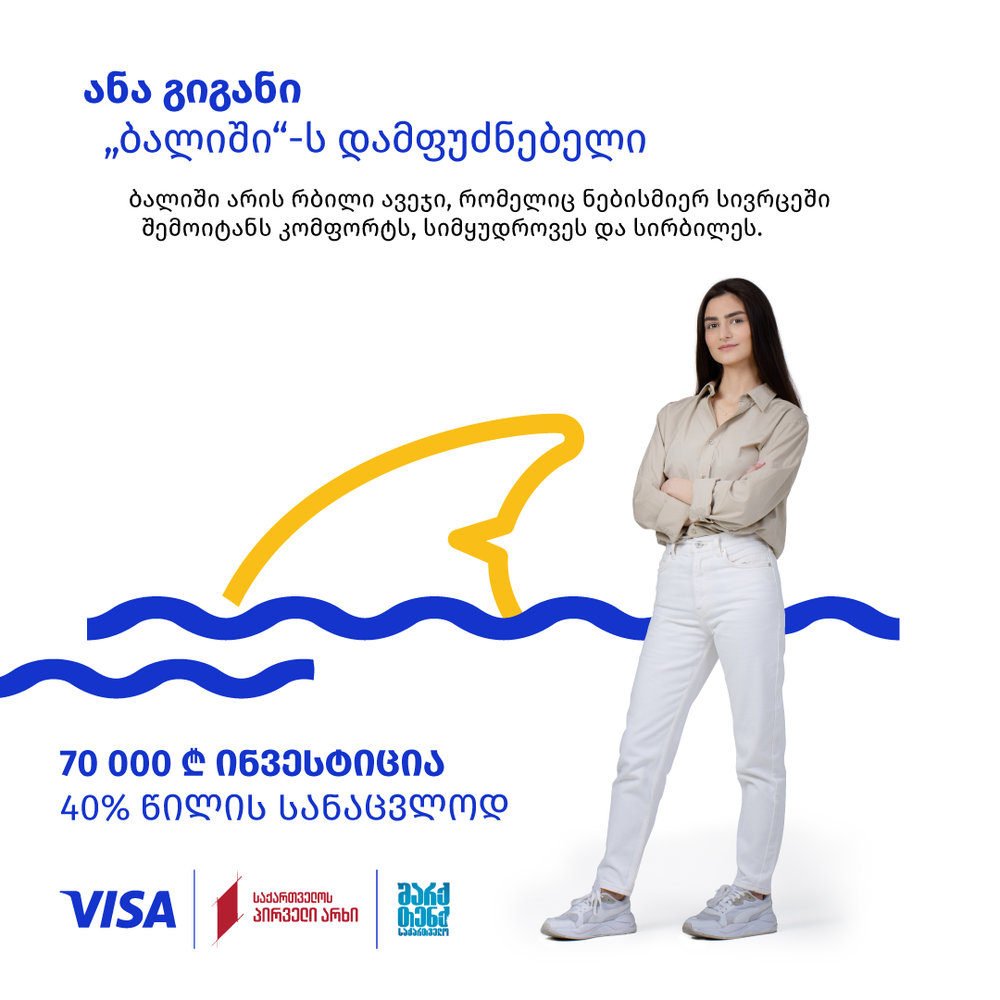 Balishi presents high-quality soft furniture made in Georgia. The product replicates the exact shape and muscles of the body and allows the nervous system to relax. Sales were initially only made online, and it was difficult to attract customers who were not familiar with the concept. Further, as people did not have the opportunity to see the product, it was difficult to build trust. Their appearance on "Shark Tank" and raised finances will help the founders build brand recognition and develop a company that will be competitive internationally. 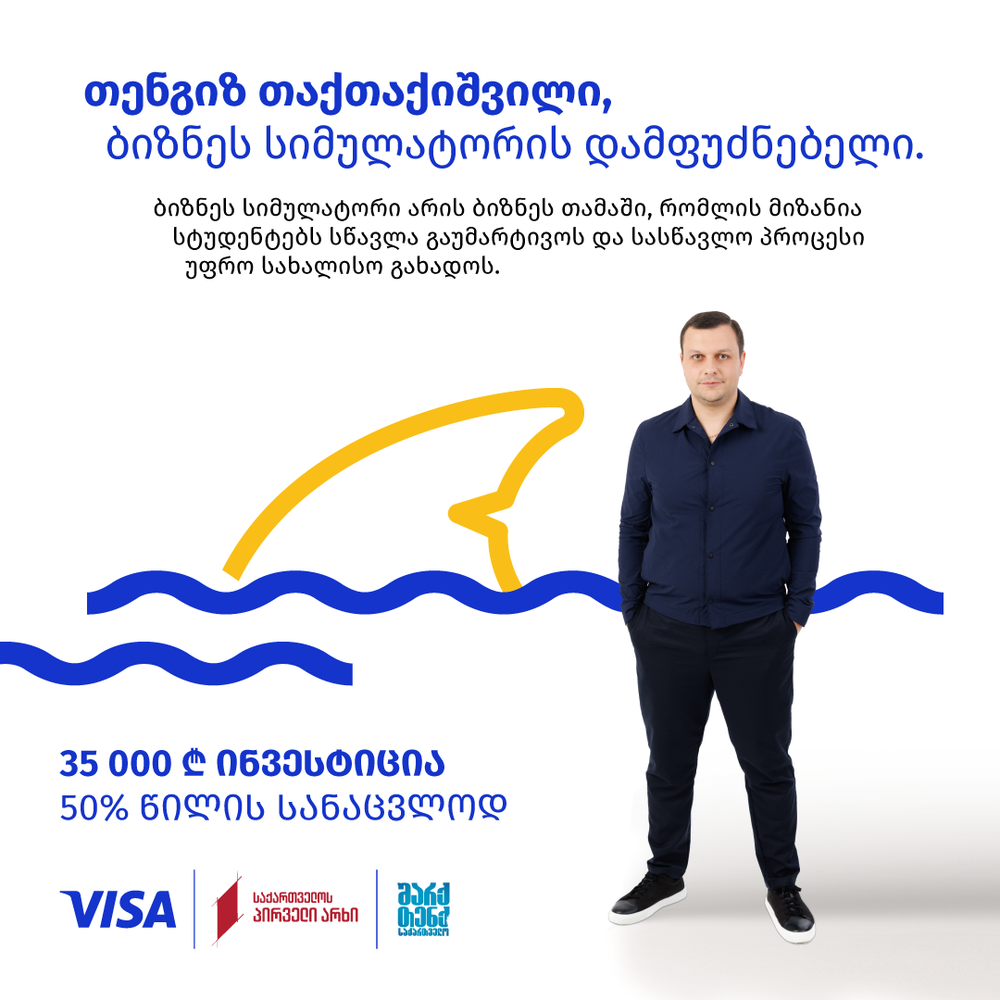 Tengiz is an Associate Professor of Economics at Georgian National University SEU who designed the first business simulator platform in the Georgian language for people interested in business management. The simulator aims to strengthen the link between the academic sector and the business industry. The main challenge was to develop a webpage with various scenarios. Tengiz and his team will use the raised money to finalize the MVP version of the platform. 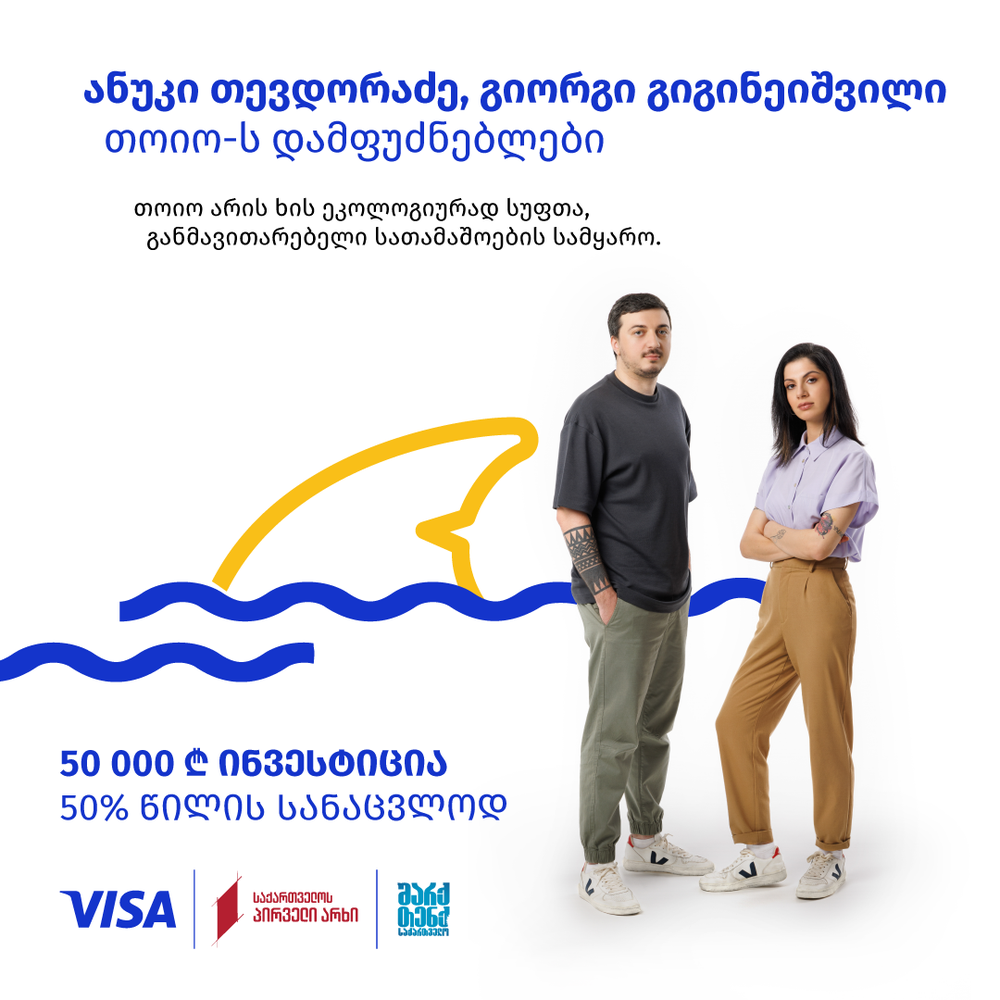 The company produces wooden toys of different design and already has loyal customers after only one year in business. Most of the consumers are parents who care about the quality and functionality of their children's toys. Toyo's wooden toys are focused on child development and on creating greater value for society. The company cannot meet the increased demand for its products and that is why they wanted to raise money and gain an experienced partner. Toyo is also planning to expand its operations internationally. 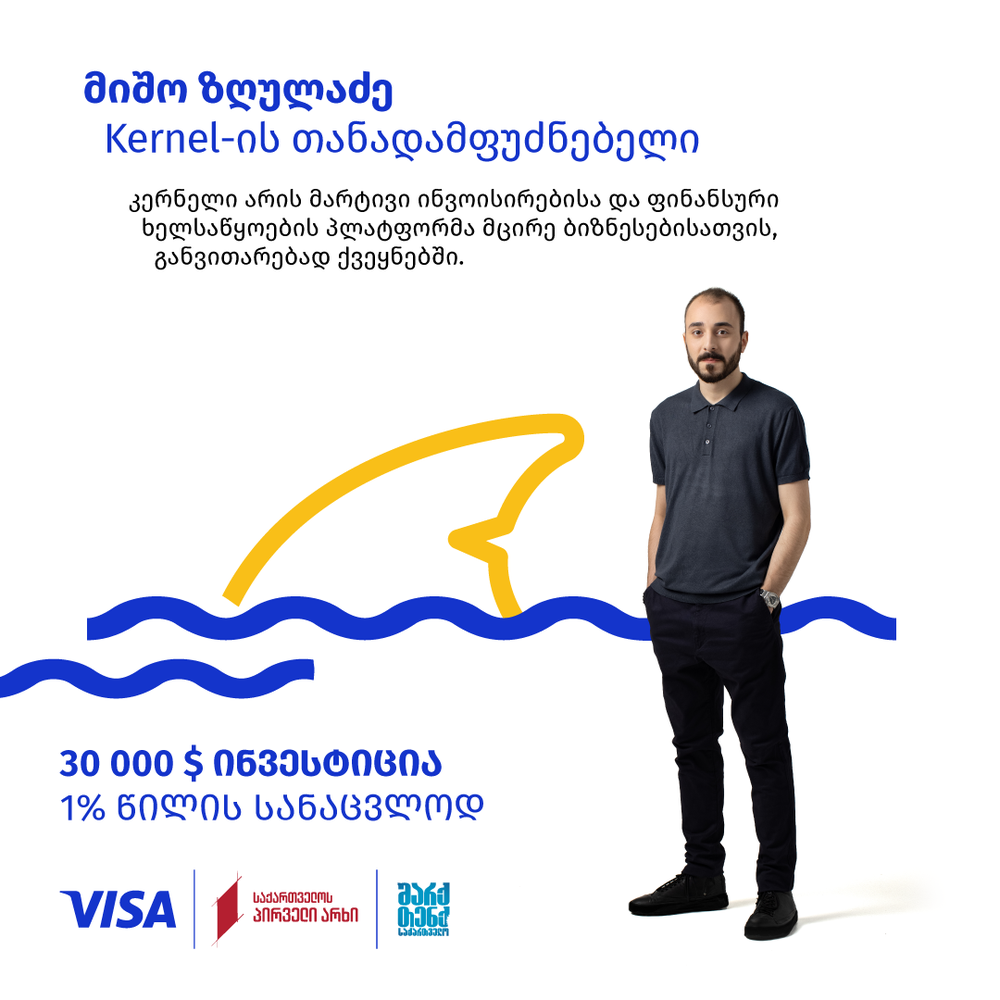 Kernel is a platform providing financial management tools to help small businesses digitize and automate accounting processes. The flexibility of the company's software allows Kernel to easily adapt the product to the tax requirements and regulations of different countries. Kernel is already present not only in Georgia but also in India and the Philippines, and is planning to enter the markets of Nigeria and Pakistan. 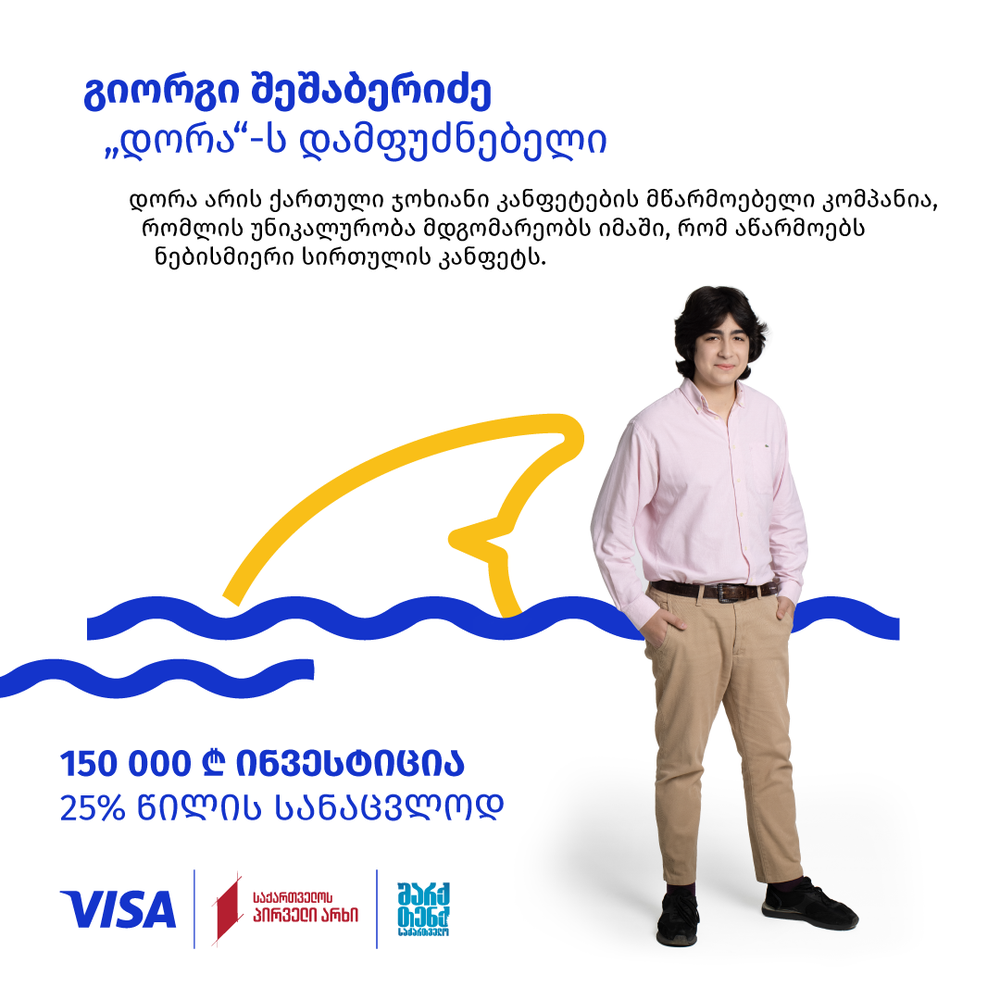 Dora produces natural hand-made sweets and was founded by the 14-year-old entrepreneur Giorgi Sheshaberidze. The company produces sweets of various flavor, including wine, dried fruit, nuts, churchkhela, coffee, and sunflower. Dora already works with around 700 stores, and partners with four distribution companies. Giorgi is planning to use the raised money to further develop Dora's products, fully exploit the Georgian market, and to start exporting. 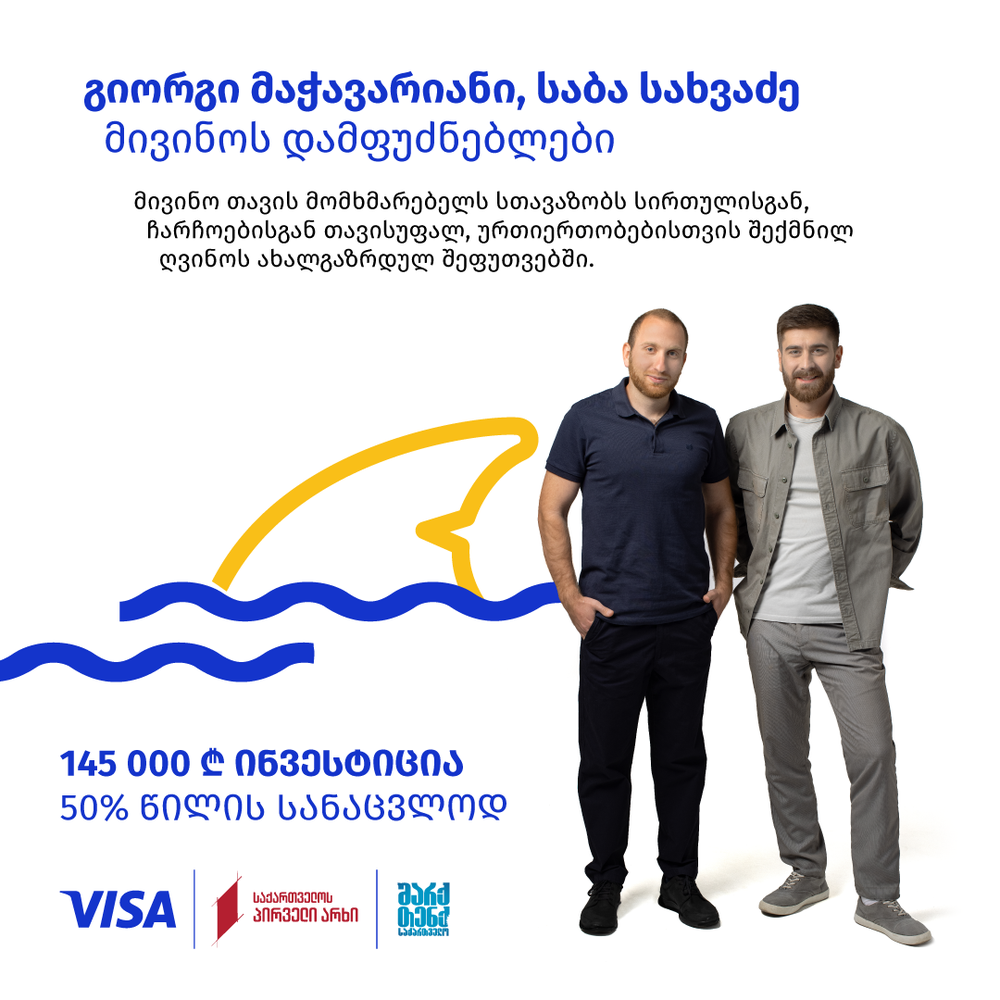 Mivino produces wine in unbreakable, light, convenient packaging, which can be easily consumed on a hike, camping trip, picnic, or during many other outdoor activities, including music festivals. According to the founders, the company understands young people better than other wine brands and, with the help of foreign partners, has also developed high-standard cans for its Saperavi and Rkatsiteli wines. The raised money will be used to further improve Mivino's factory. 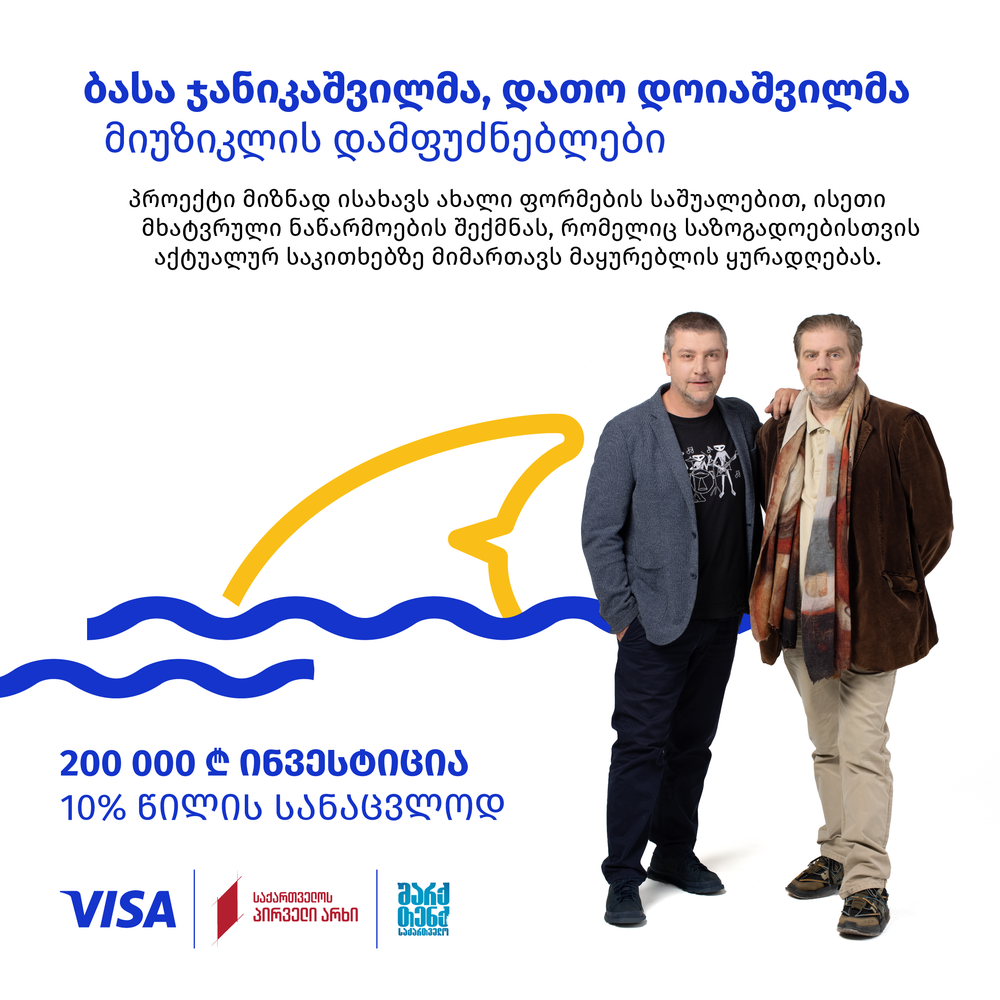 The creative group for the Vaso Abashidze State New Theater has held on to the idea of creating a musical based on Irakli Charkviani's music for many years. The musical, called "I Will Swim Across the Sea", could not be staged for a number of technical reasons, including the lack of a quality stage. The "Sharks" will be involved not only in providing financial support, but also with legal and analytical assistance, which will help the theater to plan for the future and implement new ideas.