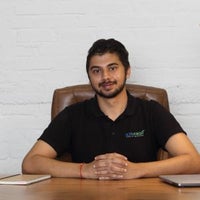 Dhruv was a House Captain in Bombay Scottish School. A keen debater and theatre enthusiast, he participated in many national and international public speaking forums like Harvard MUN, and participated in many dramatics productions. He was a key member of the school water polo team. He went to Canada for his further education, at McGill University (Montreal), from where he graduated with honours in Economics & Finance. His articleships include working at  CC Chokshi Advisory, BDO India LLP, and EY India; mainly in transaction advisory and financial due diligence.

Not only is he the CEO of Ultrafresh, he is also one of the founders of GRAM India (Grassroots Resource Alliance &Management). They provide low cost and sustainable technologies to cater to the demand for rural sanitation and sewage treatment in rural India.

Ultrafresh was stablished in New Delhi in 1992 by his father Mr Dinesh Sharma, who is the Executive Director of the Ion Exchange Group. As Mr Sharma’s increasing focus was in the water treatment industry, he was considering selling off the Ultrafresh operation, given how unorganised and informal the kitchen industry was. Dhruv saw the potential growth in the industry as well as the company and came back to India to revive it. At the age of 24 when his generation was busy exploring the start-up world, he chose to change the dynamics of this company. He made sure that if he was going to revive the company he would do it in a new way. He made Ultrafresh one of the few companies in India that owns the entire supply chain, from manufacturing to installation to after sales services. He believes that handling a business is about people. People management for him, at large means about an individual’s interest and needs and how to cater to these requests.

Dhruv has extensively travelled across India, recruiting his team and studio partners, especially in tier II and tier III towns, where he saw potential for his business to expand because of which Ultrafresh has gone from 3 showrooms at the beginning of 2018 to 80 exclusive showrooms across India. From selling around 15 to 20 retails kitchens a month, it is now selling close to 300 kitchens every month. His 5-year plan for the company is to compete with other national level companies and emerge as leaders of the kitchen industry. He wants Ultrafresh to be associated nationally and cater as an affordable luxury brand. His targets are to have 200 stores by 2020 and be the biggest modular kitchen in India by 2021, and then looking at going international. 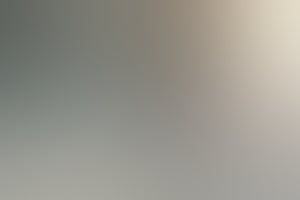