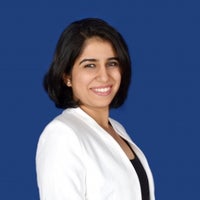 It’s said that passion has the ability to move people beyond their abilities and limitations, to achieve something that’s a lot greater and infinitely more rewarding.

That is exactly what happened with Nidhi Batra! Having completed her Masters in International Journalism from Cardiff University, Wales (UK), Nidhi started working at NDTV as a television producer. After a couple of years in the media industry, Nidhi’s desire to explore the world beyond media, led her to quit her media career and enter her family business of construction, where she headed the marketing department and was instrumental in introducing fresh insights and ideas into the business. At the same time, her interest in the hospitality industry led her to start her own restaurant.

But throughout this entire journey, travel remained Nidhi’s major passion. So, along with her husband, Viren Batra, who was also a major travel buff, she started Nirvana Excursions.

An idea that was born when the couple was travelling through the mountains of Spain, firmly took root till it finally materialized into Nirvana. Initially dealing primarily with customized and out-of-the-box tours, today Nirvana caters to both luxury and budget travelers from around the world.

“Our primary aim was to enable everybody to travel wherever they wished, so why should it be restricted to only those who were ready to shell out an exorbitant amount,” said Nidhi. That’s when they decided to introduce the concept of customized travel, within a budget. So when they start to plan someone’s travel, the entire team has a good chat with them about their budget and other requirements, and then provides as many options as possible, keeping the budget specifications in mind.

Today, being a mom, Nidhi is still the avid traveler that she was, and has a one-year-old  who already seems ready to surpass her, with 11 trips across various countries. “He travels with me everywhere, be it for work or fun.”

Why Travelling in a Group is the Perfect Idea for Every Woman?

Away from domestic and professional commitments, girls together can have a lot of fun. Keep reading to know how and why that can be achieved in a number of ways.
3 min read