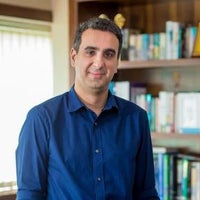 Born a small Welsh village of Neath in the UK, Rahul’s family shifted to New Delhi, India when he was 10 years old.He completed his 8 IGCSE’s from the Cambridge Board (7 A’s and a B) and received a scholarship for his performance when he was admitted to complete his ‘A’ Levels from the British School. Finally completing his 4 ‘A’ Levels — at the time, 3 ‘A’ Levels was considered the standard — he decided to apply to colleges in the UK, where he had family and knew the environment well. Kings College’s prestigious Business Management programme accepted him and in 1996, he joined the programme as an undergraduate. During his time at King’s Rahul won the Dean’s Award for the most meritorious student in Business Management (a class of 120) three years in a row and finished his degree with a 1st class distinction. He also represented the college at football and cricket for the three years he attended.Moving on from there, he applied and was accepted into UBS Warburg’s highly competitive Analyst Training Programme for Corporate Finance. After finishing that, and passing his Securities and Derivatives Exam in the UK, he spent a further 3 years working at UBS in corporate finance.

Staring from the Mining and Metals Origination Team and moving to the European Media and Internet Team, he worked on international transactions worth up to US$10 billion. In Mining and Metals, he advised Anglo American and Alcoa at board level on strategy as well as advising Impala Platinum on their takeover of Platexico in Canada and Norsk Hydro on their acquisition of Wells Aluminium. In the Media and Internet Team, he advised Denstu Advertising on their global expansion strategy and subsequent IPO, advised EMTV with regards to their Formula 1 rights and advised Publlicis on their merger with Saatchi and Saatchi.

In search of a new challenge and in a fast growing and developing environment, he moved to Mumbai in 2002, and he joined Ambit Corporate Finance where he advised the management of UDV India on their buyout of the global drinks portfolio of UDV Limited. Rahul then moved on to Nimbus Communications where he assumed the role of Corporate Strategy Manager, he helped build a successful motion pictures division for the company and developed strong global relationships.

In 2003, he joined Mukta Arts Limited as Vice President — Finance and Business Strategy and has been involved in the development of the company and the release of over 15 commercial films including ‘Aitraaz’, ‘Kisna’, ‘Shaadi Se Pehle’ ’36 Chinatown’, ‘Apna Sapna Money Money’, ‘Yuvvraaj’ and many more. On the creative side, he was instrumental in the set up of the company’s niche film banner, Mukta Searchlight and he produced Mukta Searchlight’s first production, the critically acclaimed blockbuster ‘Iqbal’, in 2005. He has also been involved in various regional production of the company including ‘Valu’ (Marathi), ‘Nauka Dubi’ (Bengali) and ‘Double Di Trouble’ (Punjabi). He is now actively involved in producing the company’s new slate of films.

In 2009, he ascended to the company’s Board of Directors and became Executive Director and is now involved in all aspects of the company including financing, distribution, production, exhibition and marketing. During his time at Mukta Arts he has amassed a wealth of knowledge about the film space and also many of the allied industries including television and the digital space.

He was also keenly involved in the financing and set up of the company’s biggest asset, the US$ 20

million Film, Television and Animation School in Film City, Whistling Woods International (WWI). The school opened its doors in July 2006 and now has over 500 students and has been voted one of the

best schools in the world by Hollywood Reporter. He has been teaching regularly at the school as well since its inception. He helped start India’s first MBA in Media and Entertainment — through WWI and Manipal University, lead the start up of WWI’s own MBA in Media and Communication and has overseen the expansion of WWI to other campuses and country’s including Nigeria and the UK.

He has since taken over the role of Head of Academics at WWI as well. This includes the Directorship of the School of Communication and the Head of Department of Producing at the school. He regularly teaches, takes master-classes and invites the cream of the film and media industry to interact with students at WWI and provides the industry mentorship and guidance to all the school’s students across specializations.

In 2014, he was promoted to Managing Director of Mukta Arts, responsible for the overall day-to-day operations of the company and all its group holdings as well as the future strategy and expansion for all businesses.

His current project is the set up and expansion of Mukta A2 Cinemas. The company has now rolled out 17 multiplex properties (of which 1 is an international property in Bahrain) and will be opening soon in Gujarat (Vapi and Kheda), Haryana (Gurgaon and Cheeka), Maharashtra (Ambernath), Pune (Viman Nagar), Chattisgargh (Raipur) and Bihar (Bhagalpur) to name a few. He also oversees Mukta Arts programming and distribution business, which currently controls over 750 screens across India and was instrumental in inking the joint-venture deal with UFO Films to combine these two huge programming businesses.

He spends most of his free time enjoying big budget commercial films. He is a avid reader and loves books, especially pulp fiction. He is a keen observer of current affairs and politics and is an avid sports fan. 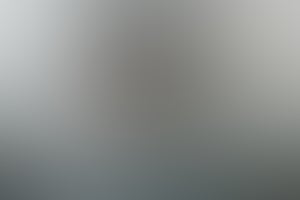