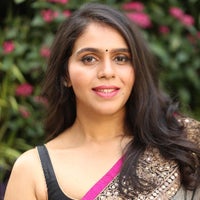 Director of Volksara Pvt Ltd and Krystal Group of Companies

Director of Volksara Pvt Ltd and Krystal Group of Companies, Saily Lad has become a prominent name in technology-led securities in India over the last decade. She, along with her team at Volksara works on providing comprehensive security and safety solutions, along with the integration of products, systems, and services that are backed by a highly-skilled software R&D team adept in software application development in advance technology domain of Security Surveillance. Under her knowledgeable and competitive guidance, Volksara was awarded the Best Safe City in India (Nasik, Kumbh Mela) for their services provided in the securities space. A goal-oriented, fast decision-maker, Saily’s efforts were also honored through the 1st Young Women Entrepreneur in IT Industry award.

With a BA in Strategic Management and Consulting from Nottingham Trent University and an MSc in business consulting from the Royal Holloway University of London, under her belt, Saily has developed the skills and know-how to become one of India’s leading tech entrepreneurs. Through her work on the Smart City project in India, she has been recognized for her efforts and awarded the Best Safe City in India (Nasik, Kumbh Mela). Other than this, she has also been lauded for her work on a variety of national projects, which include Mumbai airport Matheran safe city, Nashik smart city, Pimpri Chinchwad smart city, Namchi smart city, Mumbai Nirbhaya, Navi Mumbai safe city, Gondia safe city, Goa shipyard, Gail pipeline, securities across Gujarat and more.

A well-recognized new age entrepreneur, Saily is known as a responsible risk-taker, who stands by her beliefs, morals, and ethics. Her stance on women empowerment and gender equality has been an inspiration for many, and she continued efforts in developing and delivering bespoke security solutions. She counts her parents as her primary role models, who have imbibed the right mental balance and morals in her, which have helped her throughout her journey. She is a huge advocate for women entrepreneurs in the country and believes that just like their male counterparts, women entrepreneurs, too are helping in job creation, providing to the society and yet at the same time balancing the act by being actively involved in the family and personal matters. She also wishes to push them to realize that to play big and get a seat at the table, they just need to build their own table!

Apart from work, Saily is a voracious reader, who loves indulging in a vast variety of genres like fiction, autobiographies, religious, non-fiction, etc. She enjoys catching up with friends often, to connect with newer and bright minds. She also keeps up to date with economic and political news, and delights in watching the latest movies. She is also an avid traveller, and makes it a point to explore a variety of destinations like Turkey, Dubai, UK and more, as much as possible. 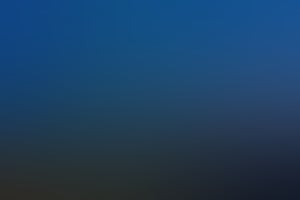 Through the use of sensors, technology, and the data mined from them, state and central governments are using this to keep a check on how their efforts are paying of
4 min read