Callaway Vineyard & Winery is getting back to its proud roots. 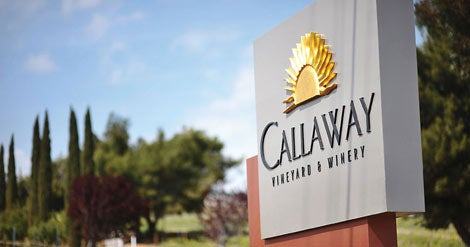 Marking its fortieth anniversary this year, Callaway Vineyard & Winery has much to celebrate. The winery, the first to open to the public in the Temecula Valley, was founded in 1969 by Ely Callaway who later started Callaway Golf. After two decades of ownership by Hiram Walker, and nearly another decade by Allied Domecq, a liquor conglomerate, the winery had seen a great deal of growth in production and distribution. But Pierce's Disease struck the vineyard in 2000 and the winery lost half of its crops. Five years later, Callaway was purchased by the Lin family, who are dedicated to limited production and higher quality wines. 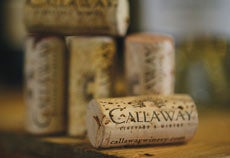 Winemaker Craig Larson, who came on board last June, warmly embraces the winery's new direction. "We're not concerned about the high production we used to achieve," Craig says. "We're working at about 25,000 cases per year. Making quality wines is what we're really about. Being a purist, I don't use a lot of additives. And I think about how our wines pair with foods."

Callaway's award-winning wines are only available online or at the winery, but are considered well worth the effort. Wine Club members enjoy six shipments of wine per year and discounts on all wine purchases. For those lucky enough to visit the winery in the Temecula Valley, complimentary wine tours are available several times a day. There is also a large gift shop to explore with a wide selection of wine accessories and imaginative gifts. But perhaps the most spectacular discovery is the view from the tasting bar-a backdrop of hillsides and vineyards that compliments a glass of anything from Callaway's exquisite portfolio.

Contact:
From I 15, take the Rancho California Rd. Exit east (about four miles). Winery is on the left.