Are You Ready to Become an Entrepreneur?

Taylor Jones, music executive and CEO of The Hello Group, talks about the trials and tribulations of running a global business.

Running a business isn't a walk in the park. Even those of us who aren't founders and entrepreneurs know that. We've all been told about the sacrifices, lifestyle changes and financial ups and downs involved in setting up your own business. But just how hard is it?

Today we get to hear it first hand from music industry executive Taylor Jones, who is the Founder and CEO of international entertainment agency The Hello Group. The multi-faceted entrepreneur also serves as Chief Commercial Officer at tech startup Post For Rent, and co-manages popular acts with industry heavyweights Tim Byrne (Syco Entertainment's former Creative Director) and former Virgin Records and Warner Bros. Records President and CEO, Phil Quartararo (who recently joined forces with the young executive, taking the role as President of The Hello Group's borad of directors). 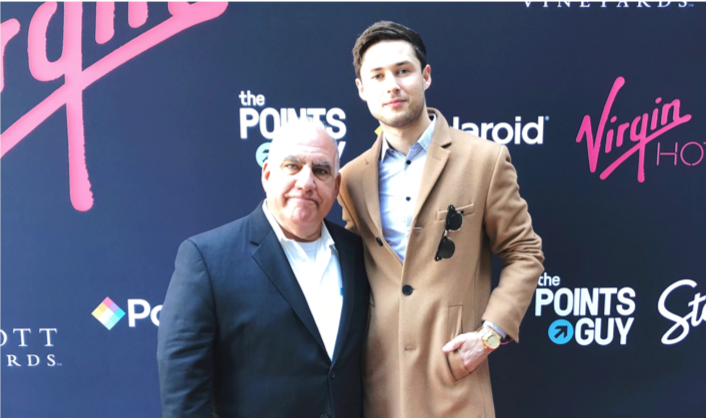 The Hello Group is a talent-first company, whose clients include some of the world's foremost social media influencers, with millions of followers each (with an impressive combined reach of over 200M), Grammy Award-winning songwriters and producers (who have written hits for Justin Bieber, BTS, Flo Rida, Madonna), top tier sports stars, and more. The disruptive group umbrellas divisions in talent management, label services, digital marketing, and tech development.

Taylor started working in the entertainment industry at 16 years old, initially as a performing artist. He signed a record deal with a subsidiary of Universal Music before touring with Disney as a headline act in Benelux, achieving chart results across Europe and successfully trying his hand at TV presenting. During his pop star days, Taylor grew an avid passion for business, with a keen eye for discovering and growing talent. His first project involved the development of a pop boyband which he signed to Sony Music at just 19 years old.

Not long thereafter, Taylor found himself in a commercial lawsuit, bringing his promising artist career to a standstill (with a worldwide offer from Capitol Records on the table at the time). It was at this point that he incorporated "Hello Management' (now a subsidiary of THG) as his first aspiring business, with a vision to change and disrupt the industry for the better. Music executive Ed Brew (now THG's CCO) and Taylor's younger brother Kyran Jones (now THG's COO) joined the company as co-founders. Now, The Hello Group is an international business, on track to consistently run 7 figure results and enabling multi-million dollar transactions for strategic partnerships, major label record deals, app development, TV and online shows, artist tours, and more.

Here are some first-hand experiences, tips, and advice from a young entrepreneur who has been successful, lost it all and returned to build an empire in the talent business:

1. How long did it take your business to reach its current level?

I've always considered myself to be a wealthy man, even when I had no money! My ability to dream big and strive for what I want is the greatest form of currency I have. Having said that, we were bootstrapped for so long. I remember having to ask my parents to borrow £15 to incorporate Hello Management! I sat on my laptop designing logos and figuring out how to set up an invoice. The first deal we brought in was after signing a YouTuber with 60K subscribers, which was a big deal to me at the time. This was the start of the company being able to broker deals with brands and earn money (albeit a small £2000 deal of which we took 20% commission). As things scaled over the years, the size of our clients (and their deals) grew, creating more sustainable income, allowing us to hire and expand our operations.

2. What was your expansion strategy?

At first I set out to find talented individuals who complemented my weaknesses, and to do so internationally. I didn't know very much about social media influencers or sync licensing when I met my Co-Founder Ed Brew, and we had a shared vision to change the business for the better. Equally, I wasn't able to handle incoming requests for our talent day to day, so I needed someone with operational experience, of which my brother Kyran had plenty. I'm pretty good with contracts, but I'm not a lawyer, so we brought a lawyer into the mix. You get the picture… In the early days, we split shares in the company to build a motivated and qualified team. Artists were also attracted to the fact that I had been a talent with a manager, and understood both sides of the playing field, so we targeted clients who would benefit from that experience. That's always been a big part of what makes us unique. 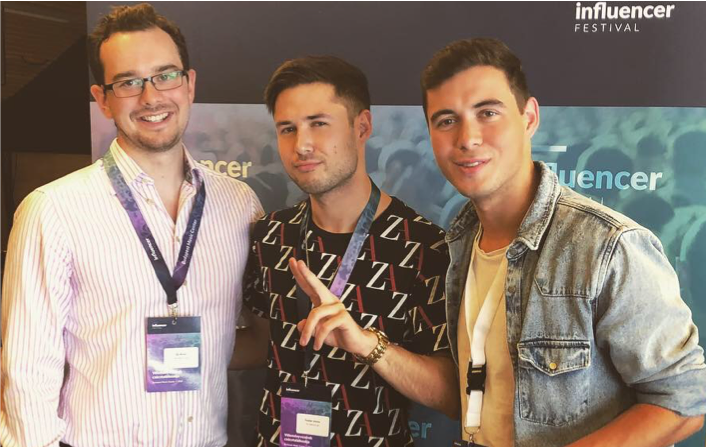 3. How has running a business affected your personal life and health?

In order to really succeed, in the early days especially, I felt I had to prioritise my business' needs over parties, vacations, relationships, and family engagements. I even prioritised our business over my ex-girlfriend for years, which ended up costing me a relationship (and not because she wasn't incredibly supportive because she was, but because I just couldn't make the time for it). I always struggled to "switch off" and found keeping to a healthy diet and routine pretty hard. Every minute became too valuable and I felt I had to react to demands immediately. I used to get about 4 hours of sleep a night and live on fast food. It took several burnouts and trips to the hospital before I got the message. Since then, I make time to do social activities with friends, vary my diet and exercise as often as I can, but it's easier said than done! As your company becomes more established, hiring a PA, using project management tools and delegating makes it easier to follow a healthy routine. Running a startup company with international activities from day one required 24/7 micro-management, and unfortunately I found that it does take a toll on your body, health, and social life. I guess it's an occupational hazard!

4. What advice would you give to aspiring entrepreneurs?

5. What has been your biggest challenge so far?

The biggest challenge was gathering courage in the early days to drop clients that were not cost efficient for our growing yet relatively small company. This taught me that as an executive responsible of limited resources, I have to either make tough decisions I don't want to make or gamble with the survival/growth of the company. Today, I am in 4 countries per month on average, and receive hundreds of emails daily with new leads and business opportunities. Sometimes we just don't have the capacity to handle as many projects as we would like to and are then faced with difficult choices where our hearts want us to pursue projects we are invested in emotionally, whilst our heads tell us to focus on what brings the business money, elevates its status, and has long term prospects. Equally though, taking a chance on the underdog is always admirable when it pays off, and often builds consumer loyalty that money can't buy. In a lot of ways, it's a balancing act, so the real skill is in knowing how to create that balance, which can only realistically be gained as you go.

6. What has been your proudest achievement so far?

It's difficult to pick one specific moment, but there have been a lot of highlights -from driving my first luxury car, to watching my friends and clients the "Jackie Boyz' collect their ASCAP award this year and be Grammy nominated once more, to closing a Republic Records /Universal deal for our up and coming YouTuber "Emma Heesters' which was always her dream from when we first started working together, to opening our own recording studio in Hollywood, to launching a new app which has been valued at several million dollars within months of launch; each of these achievements, whether ours or our client's, are valuable moments that we are proud of and we have to celebrate them all. In our first shareholders agreement, we actually had a clause reading "Have a glass of champagne every time we sign a great big deal'. This mentality is in our DNA. It's important to have fun and enjoy the journey. 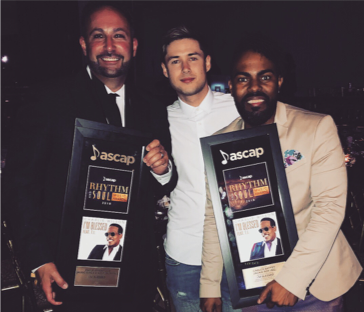