As cryptocurrency and blockchain market is growing, the competition becomes tighter than ever before. Stankevicius MGM, as an active cryptocurrency capital investment firm, has selected the most competitive and promising blockchain companies to watch out in 2018. Meet the powerful founders and their dominative ideas!

Peter Fedchenkov is proud to be on the edge of consumer goods' market reinvention which INS aims to reach after closing victorious $ 42M ICO in December. 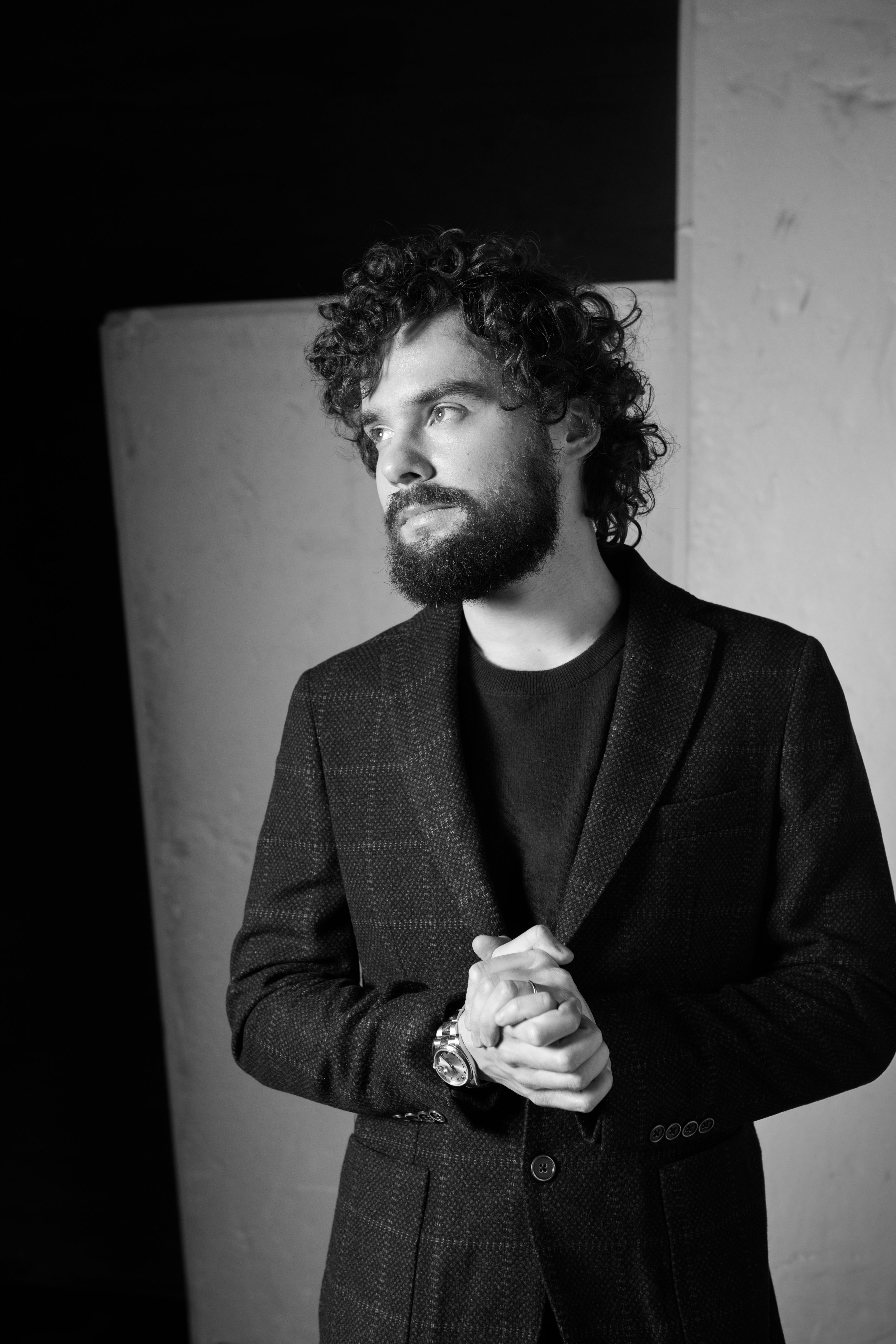 «Grocery is the second largest retail industry in the world, yet it has remained the slowest to adopt emerging technologies. We are here to change the global landscape: INS Ecosystem is enabling manufacturers to perform direct-to-consumer interaction, thus saving up to 30% for consumers on their everyday grocery shopping.

INS Ecosystem can offer brands to reach customers - efficiently and directly - gathering trustworthy feedback and really understanding their preferences. The world's leading manufacturers are increasingly interested in exploring the advantages of our platform that will enable them to do just that, while also selling their products to consumers at considerably lower prices. I'm proud to present INS to the world's leading FMCG brands as an invited speaker at British Brands Group on February, 21.
Direct-to-consumer interaction is the next «Google» thing in global grocery, deal with that».

An AI-professional with a 10+ years' experience in sales and business development standing strong behind AdHive business model, is proud with the company's victorious 36 minutes presale close up. 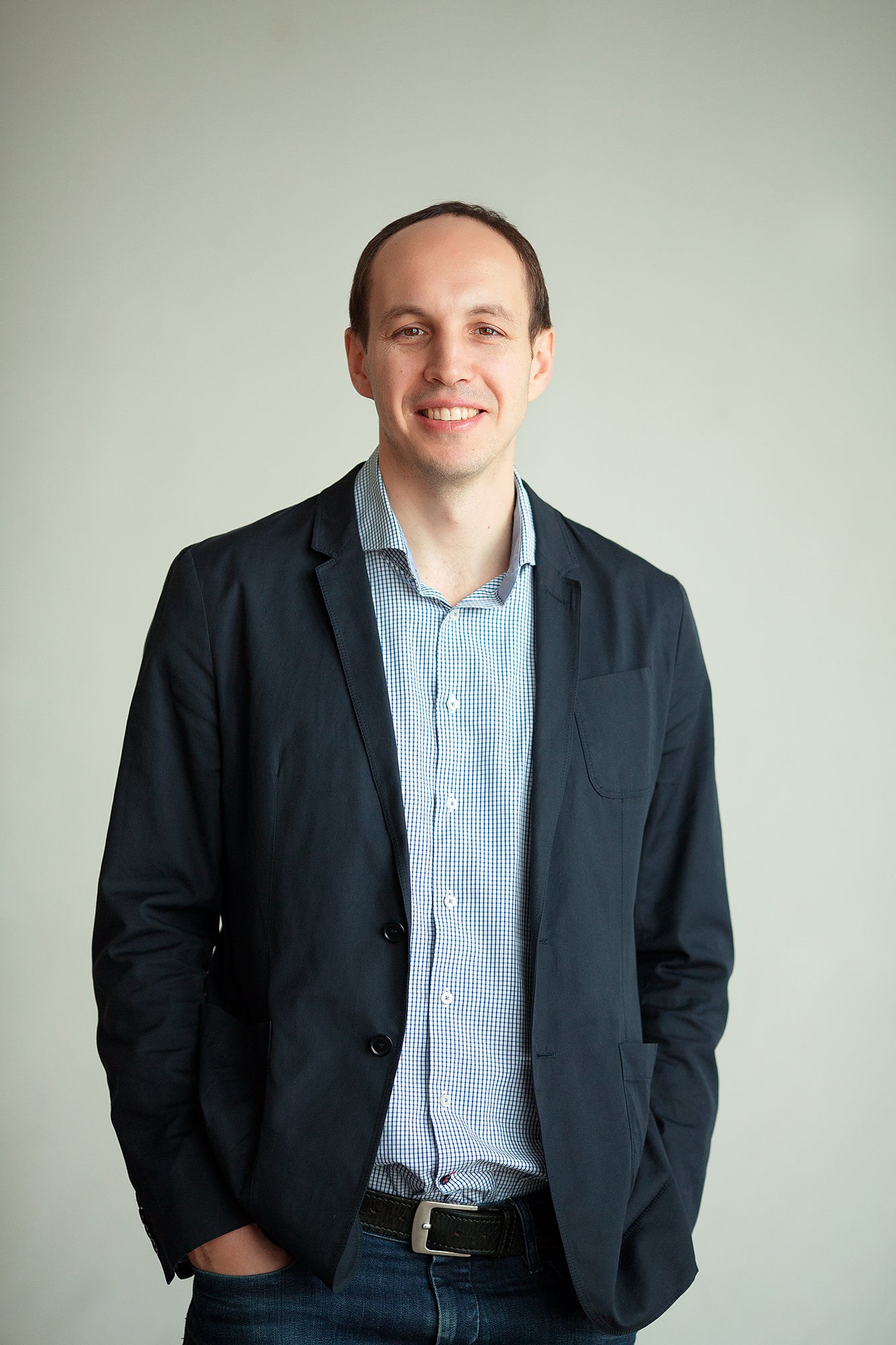 "The staggering success of our token presale has left the AdHive team both humbled and overjoyed. We will definitely empower the trust given to us by crypto-community and do our best to make AdHive project a new standard reinventing the $40B market with the help of artificial intelligence and blockchain technology.

We have been developing AdHive, the world's first blockchain-based platform to automate all steps of interaction between video bloggers and advertisers, enabling the latter to launch mass ad campaigns on YouTube, Instagram, and Twitch without extra operating load. Launching a campaign with 200 influencers will take as much time as a start with one. Ad placement on AdHive will be controlled by AI algorithms analyzing ad campaign metrics for the best placement.

Blockchain was the final piece of the puzzle to make the picture wholesome. It lets advertisers go global effortlessly, and influencers get what they really deserve. There's no other technology these days capable of what AdHive does. Native ads will become similar to programmatic, that's what it's all about. We're two years ahead of our time, and we're going to drive the market".

Founder of Destiny.Games and The Abyss 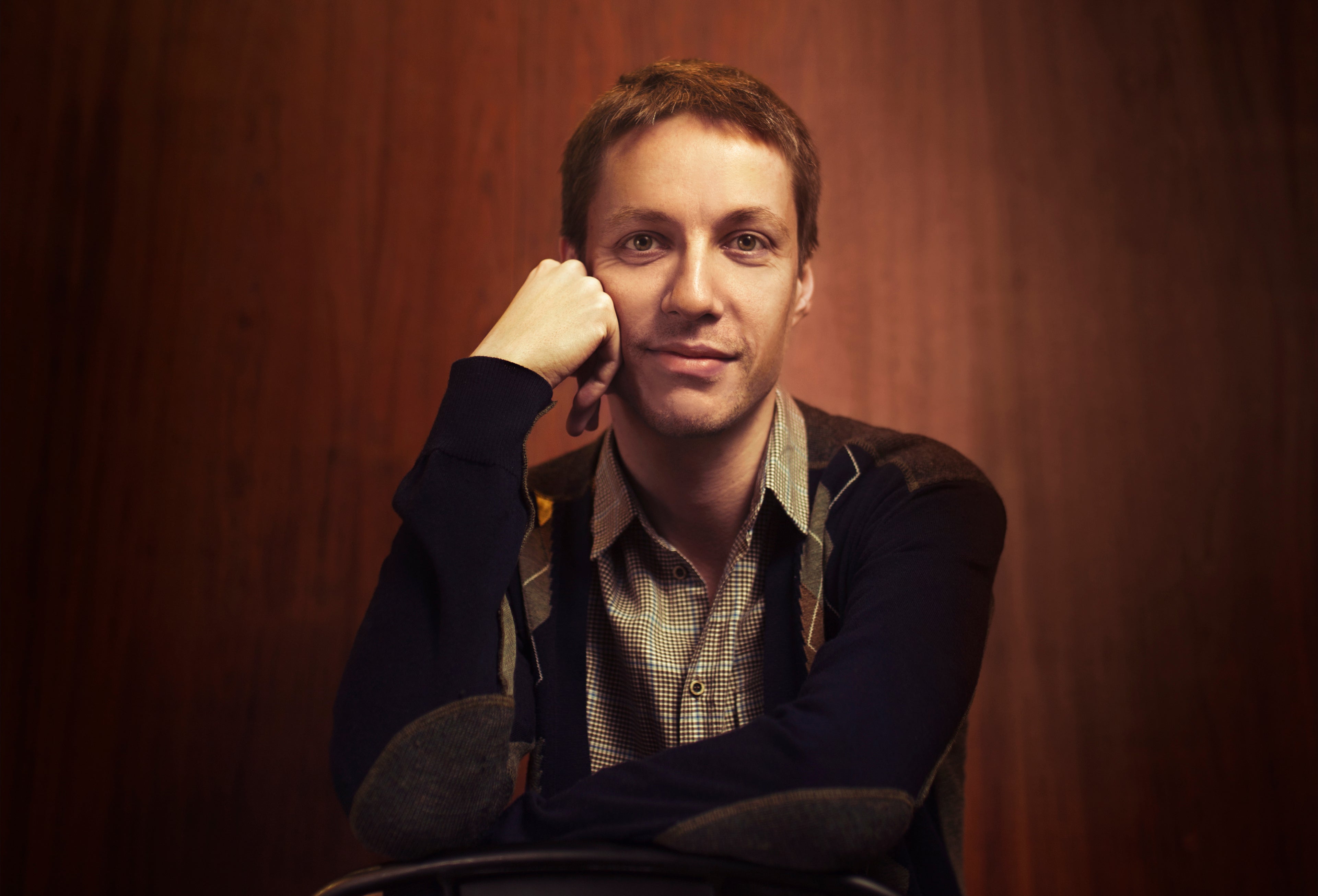 The Abyss is a next-generation digital distribution platform that delivers all types of video games (Free2play MMOs and cryptogames being a key priority), including AAA-titles. Unlike other platforms (Steam, Origin, GOG, etc.), The Abyss offers a groundbreaking referral system, allowing both gamers and developers to earn from transactions made by their invited friends. It also offers numerous other services and opportunities to increase user's income. The platform will utilize blockchain technology for crypto transactions (ABYSS tokens), while fiat money will be also acceptable.

"The video game industry is on the rise today and tomorrow it will go even higher. There are 2 billion gamers and viewers globally, hundreds of studios and publishers, together with various financiers, stakeholders and brands. According to industry reports, in 2017, the video game industry has exceeded $104,6 billion revenue level, and by 2020 it is anticipated to reach $169 billion mark. The market represents the shift from offline to online business model as physical sales continue to fall and more digital distribution platforms emerge worldwide.

There is an unmatched potential for innovation and new possibilities on the market and we are going to fulfill it and open a crypto world to gamers and developers by introducing The Abyss, which is to become a new word in the industry. We're also aimed at pioneering and promoting a new fundraising model, DAICO, by implementing it at our Token Sale. The Abyss' DAICO will be the world's first".

The biggest private merchant of digital games in the world, CEO and Founder of DMarket and Skins.Cash. 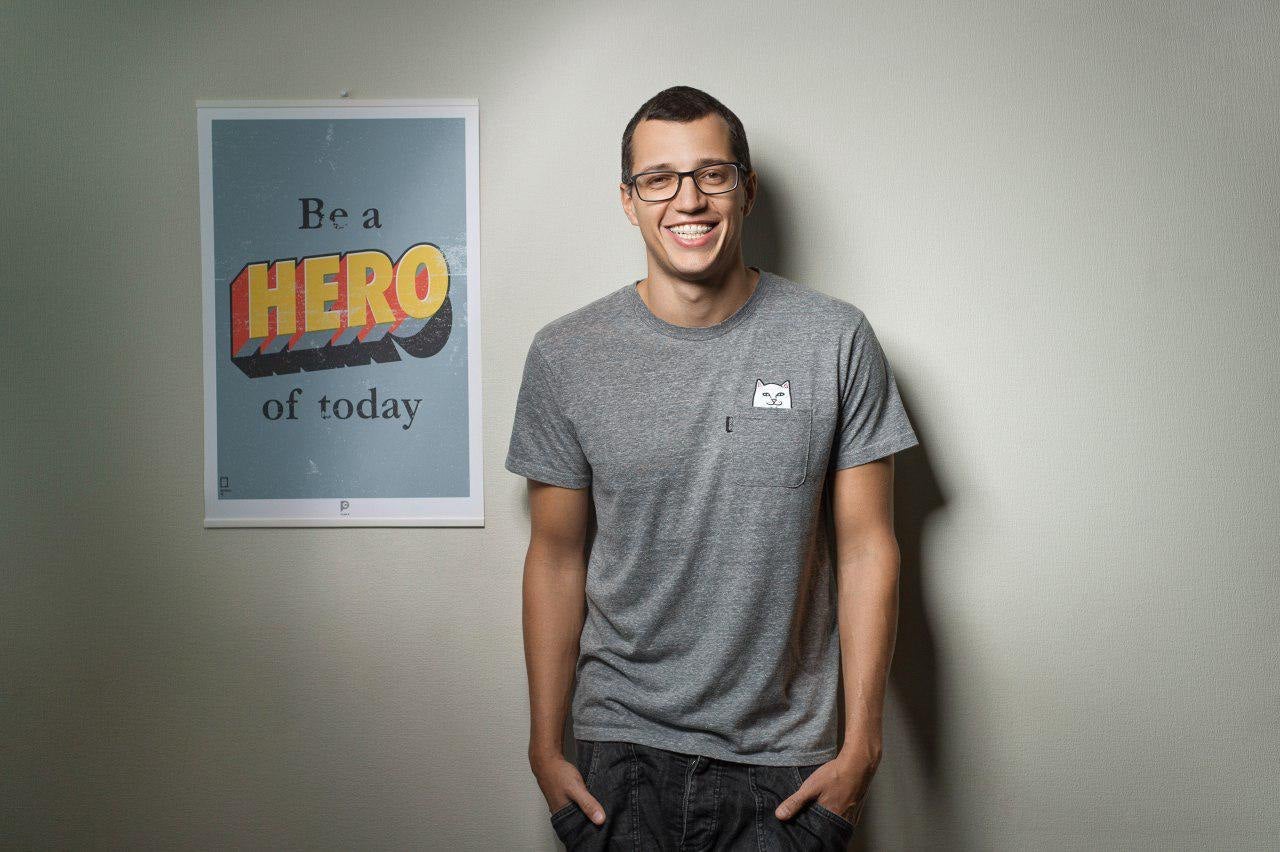 DMarket is the world's first blockchain-based marketplace for trading in-game items. Before DMarket, 94% of gamers had no opportunity to be involved in global in-game assets trading. Within only 4 days of the token sale launch DMarket had raised $11 million. The project attracted $19 million during token sales in total. To date, DMarket is the first and only blockchain project in gaming that signed up partnership agreement with AAA game developer 4A Games.

"We held a short test token sale back in August 2017 to make sure there's a substantial demand for our product on the market. Only in the first 17 minutes we were able to raise $1 million. That's how we got to know we have a community support. The DMarket universe enables one-click in-game items trading for over 2.3 billion gamers worldwide. It provides gamers with proof of ownership of items they possess, and generates additional sources of sustainable revenue for gamedev companies. With DMarket, we're making virtual items real and soon this will go far beyond gaming. We all be the first to reap the benefits from skyrocketing blockchain markets."

Aleksei Antonov has been focusing on bitcoin and digital assets since 2013. He has a university degree in Computer Security. After discovering blockchain technology he founded the first blockchain oriented educational foundation in Russia and a blockchain oriented family office SCDE.Ventures based in Singapore. He has invested in 20 different ICO and successfully managed several ICO projects (including SONM.com). He is a well known speaker on the subjects of blockchain and ICO and has authored several publications including some critical comments on questionable ICO projects. Alexey has been actively involved in crypto currencies trading, making over 2000 trades on various crypto exchanges. He is based in Moscow and London. 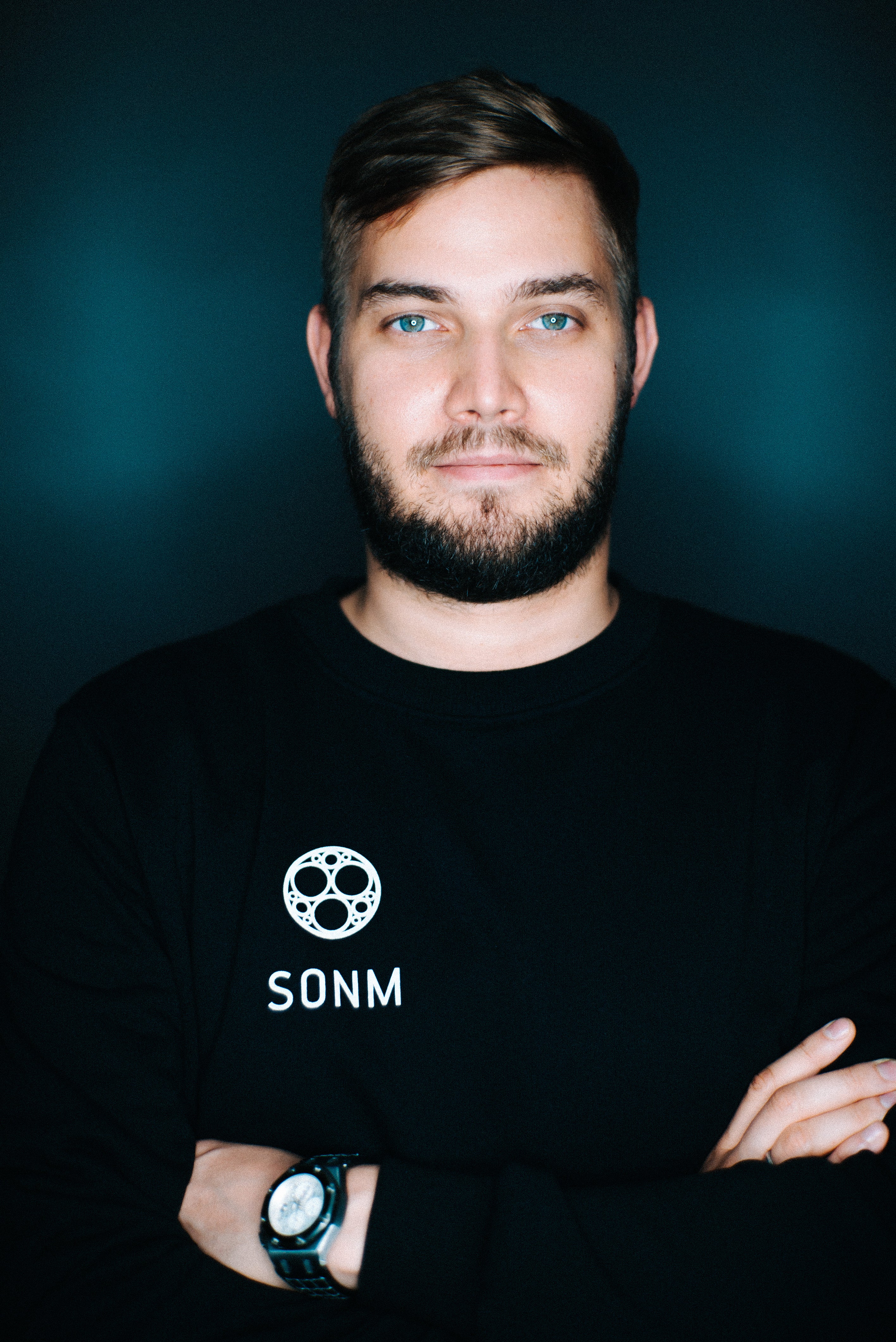 "Last year SONM raised $42 million. Investors showed an incredible interest in decentralised open code platforms, so we collected the intended amount in few days instead of a month as was initially planned. We're building a supercomputer that works like a marketplace of computing power worldwide. It will be scalable, powerful, and more cost-efficient then existing solutions. It's a win-win situation for all participants: those who lease out the capacities they own and don't use at the moment, and those who buy this idle powers for their ambitious goals in different fields — IoT, AI, ML, gaming industry, and more.

We are now witnessing the business transformation to the community-oriented type — each community member in our chats, each subscriber, and each network participant takes part in the business process. And it's blockchain that allows it to become true, putting in the spotlight the new generation of entrepreneurs, this time in a sphere of digital ownership. This is something that is hard to understand for venture capitalists of the early twenty-first century. This is what stands behind the success of ICO's, project development and growing company: members of the community and their contribution to the platform. It's another stage of the technological revolution, I enjoy being a part of it too."

Nick Price a High-load systems professional with a 20+ years' experience in development of the IT solutions and a co-founder of the famous KeyCaptcha serving 40,000,000 users since 2010, is excited about the upcoming STeX Exchange alpha release after the hard-capped crowdfunding in 2017: "Blockchain technology changed the way we think about storing and verifying data, cryptocurrencies changed our thinking about the money. Our new A2A technology will change the way you think about trading. STeX Exchange will change the way you think about cryptocurrency exchange forever. 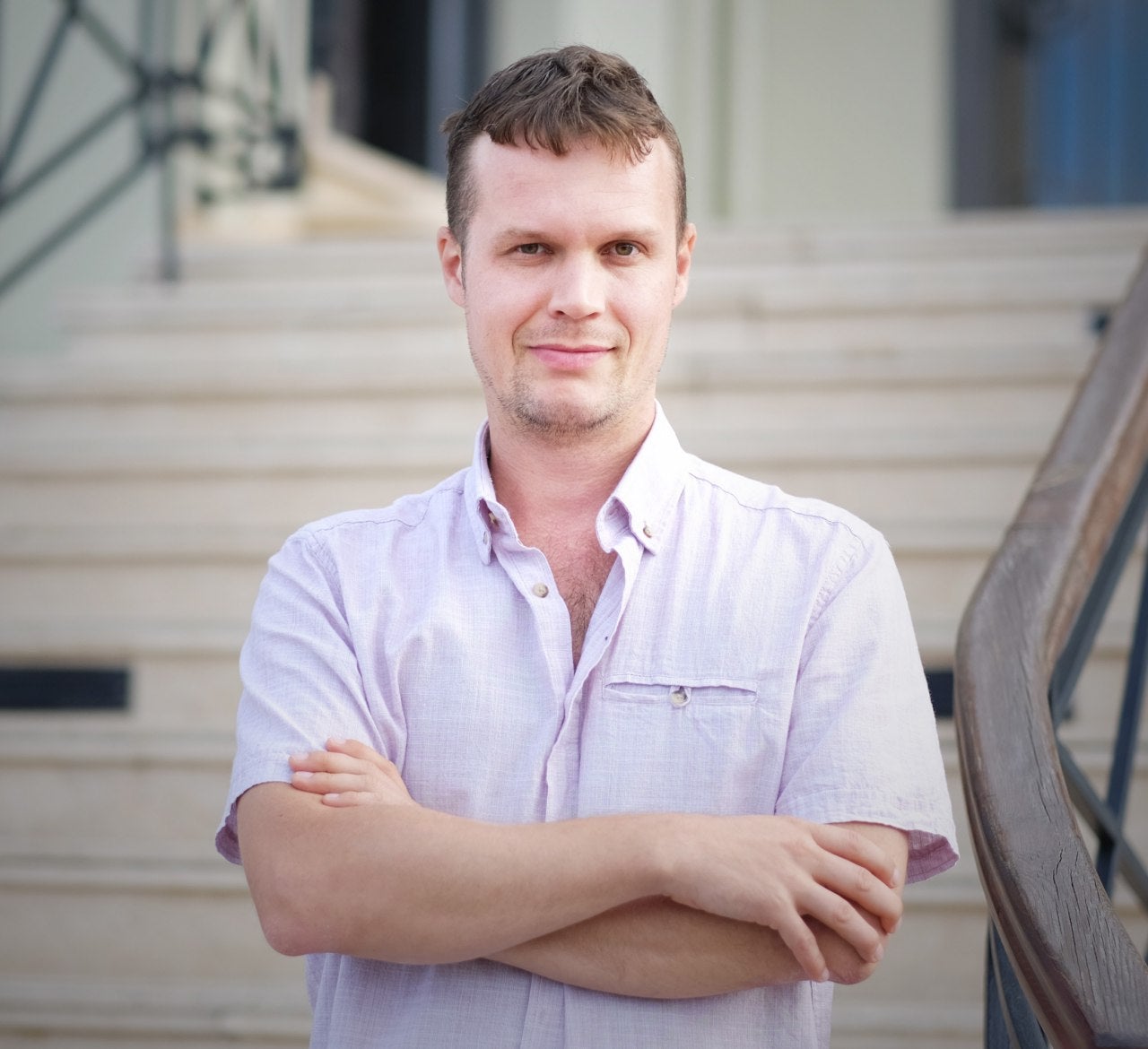 The technological superiority of the project stems from its own A2A virtualization technology (Any2Any), solving the problem of direct trading from one cryptocurrency to another, which otherwise has to be done through USD, Bitcoin or a limited number of cross-rates on other exchanges. On STeX Exchange, any supported cryptocurrency is automatically traded to any of the other supported cryptocurrencies, allowing us to support hundreds of thousands of trading pairs simultaneously.

The strong support of the idea in the cryptocommunity from the start shows high demand for such solution and I see STeX Exchange becoming a Top-10 player on the growing $10B market of the cryptocurrency trading and exchange. There's no other technology these days other than A2A capable of handling all cross-rates with native support of all the accounting, orders and trading tools."