Business growth shouldn't be confined by borders. According to Build/Inc.'s 2013 Michigan Growth Census survey, which defines sustained growth companies as those that have expanded net employment in at least two of the past five years, a critical piece of the growth puzzle is geographic expansion. Take exports, for instance: Fewer than one percent of America's 30 million companies export—a percentage that is significantly lower than in all other developed countries. By contrast, Michigan's sustained growers are about five times more likely to take advantage of export opportunities than other companies.

Michigan, whose geographic location puts it within 500 miles of half the U.S. and Canadian population and income, exported more than $58.4 billion worth of goods in 2013, setting a new record for the state. And, after many years out of the export business, the Michigan Economic Development Corporation (MEDC), a public-private partnership dedicated to business and job growth, is once again dedicating resources toward assisting small- and medium-sized enterprises (SMEs) in reaching markets beyond the state's—and the country's—borders. 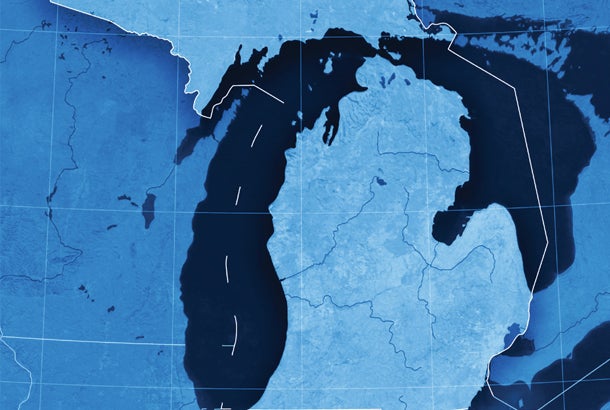 In Michigan, sustained growers tend to look for new markets more than other companies in order to perpetuate their growth. They're about five times more likely to export and over three times as likely to serve government clients.


Enabling global connections
"During the past two years, we've grown from essentially zero, to facilitating almost $200 million in export activity," says Steve Arwood, MEDC president and CEO. "And, we think that over a five-year period, we'll hit about $500 million." To help open foreign markets, the MEDC has established offices in Brazil, Canada, China and Mexico, while Michigan's State Trade Export Program (STEP) offers assistance and grants for marketing, access to trade shows and other export-related purposes.

This renewed attention to overseas markets is part of a broader strategy to forge connections between Michigan SMEs to customers and markets that might otherwise seem out of reach. Now in its third year, the MEDC's Business Connect program facilitated $1.6 billion in B2B activity in 2013, a number that Arwood expects will total $5 billion to $8 billion during the next five years. The program not only connects client businesses to Michigan-based corporations, such as Ford and Chrysler, but also to out-of-state firms, including Boeing and military contractor ManTech.

For Arwood, making these connections is at the heart of Michigan economic development strategy. "It has turned into one of the most significant resources that businesses can tap into to help them identify new customers and opportunities for growth," he says.

To learn more about how MEDC helps small and midsized companies grow and thrive, check out all the available resources at its Pure Michigan site, www.michiganbusiness.org, or call 888-522-0103.