Shapr | Brand Spotlight Partner What is this?

This Networking App Saved My Career

Brought to you by Steven Miller

I was at the top of my career when my son was born. I was working in a role I loved with an amazing company and ample opportunity, but I wanted to be more involved in the day-to-day of raising my kid. Leaving my full time role seemed like the right idea at first, but within a few weeks I started to panic about paying bills and staying relevant in my field.

About two months into my new role as full time Dad, I got a text from the founder of my former company asking to grab coffee and catch up. He was always looking out for his employees and while I wasn't one any longer, he still had an interest in my wellbeing. So we talked about how the transition was going, I told him my fears, and without hesitation he shared Shapr, an app he had recently discovered that he was convinced would help me stay connected to my industry.

Shapr is a free networking app that combines your self-selected interests, location and industry to produce daily suggestions of relevant professionals you may want to meet. When both people say yes to a connection, the app allows you to message and set up a time to meet for coffee. My former boss imparted some wisdom along with the app recommendation. He shared his story of how he got to where he was, and said he owed it all to his network. Meeting new people had opened up opportunities, funding, partnerships, and ultimately led him to me in 2013. He couldn't stress enough how important it was.

I took his advice to heart and on the walk home, I downloaded and opened Shapr. Setting up my profile was easy - you can use LinkedIn to fill in most fields - and within two minutes I was swiping through my first batch of suggestions. I immediately noticed that the suggested matches were really aligned with the type of people I needed to meet; Marketing Directors, CMOs, Consultants, and other professionals who were keeping up with trends in my industry and working at companies of interest.

So, I began swiping. Shapr became my morning routine between changing diapers and getting as much coffee into my system as was humanly possible. During the afternoons, I would meet up with my matches for coffee, including the CMO of a 3D printing company and a strategist who taught me about scaling ecommerce businesses. My meetings turned into introductions and proposals. Proposals turned into clients, and clients turned into steady work that allowed me to find a balance between parenthood and professional career. By that spring, Shapr helped me to land enough freelance work to pay the bills, and meet others in my industry who kept me plugged into trends happening at bigger businesses.

I tried networking groups and events, and even attempted to start my own, but nothing was matching the success rate I was having with the app on my phone. It was more efficient, more effective, and honestly more fun than any of the other options. So much so that I was starting to tell my clients about it to help with their own growth. Internal sales teams started making presentations on the power of Shapr, CEOs I worked with were ordering their teams to download it, and it became the focus of a few company wide meetings. 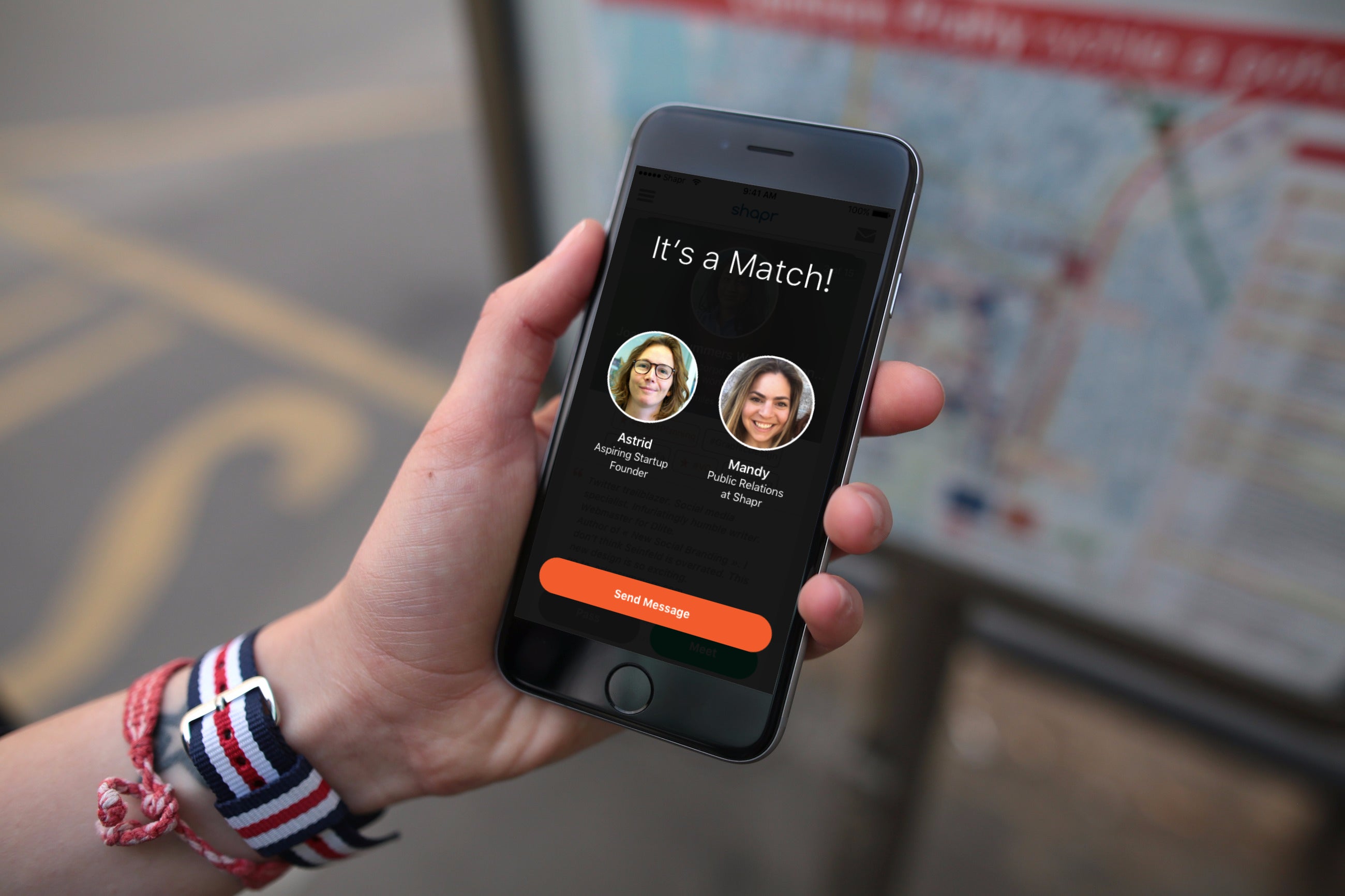 In May of 2017, I received an email that Shapr was looking for someone to help build their partnerships in North America. The app that had changed my life was hiring, and it was an opportunity to help change other lives. It was the fastest I have ever applied to a job listing. My interest in the position grew as I met the executive team behind Shapr, who truly believe in the power of networking and their role in making networking an everyday habit for millions of people around the globe. I accepted an offer to join Shapr in June.

Shapr changed my life. I was a super fan long before I joined the team, and I have witnessed firsthand the power of meeting new people. If there is one piece of advice I can pass along to you, it's to download Shapr and start making the right connections today.