Disney Plus, the much-awaited video streaming service from The Walt Disney Company is all set to make its debut in the Indian market on April 3rd, 2020. Running as an independent portal in various countries, they will be launching their streaming services via Hotstar.

Earlier, they were supposed to go live on March 29th, along with the Indian Premier League (IPL). However, the suspension of IPL made them stop the launch as well but it seems like they have changed the plan to work things at to their advantage. 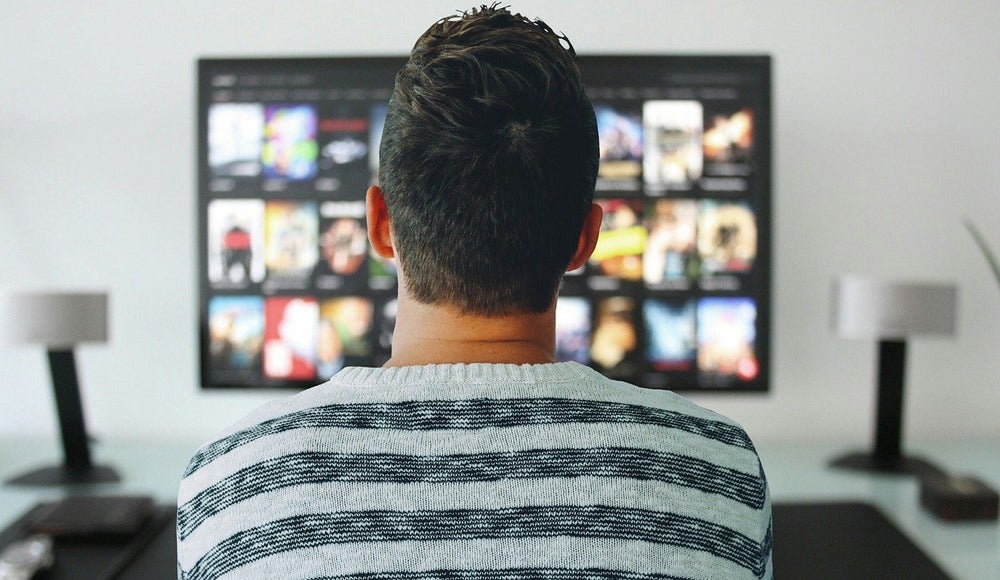 With India in lockdown and people confined in the vicinity at their home, visuals have become an essential source of information and entertainment. To say it simply Disney Plus rescheduling its launch comes as a wise move which will surely work in their favor.

We already presented 9 facts that prove that the coronavirus has gotten India glued to their screens. According to the latest BARC-Nielsen study on Covid-19 and its impact on TV and smartphone landscape, the time spent on smart during the first week of the pandemic has increased by 1.5 hours, a gain of 6 per cent. 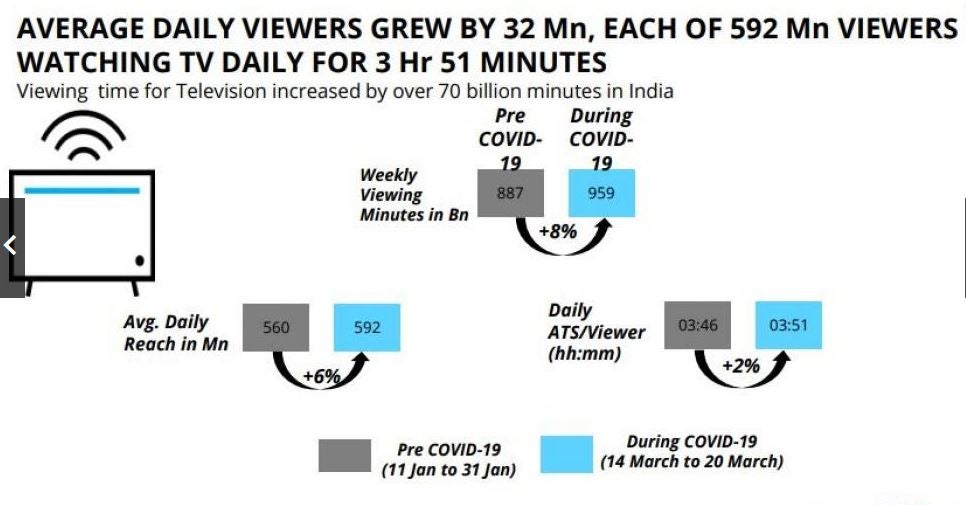 The lockdown has made people spend a lot more time on their screens like never before, which simply means people want to see new and fresh content. Disney's move gives consumers what they are looking for.

When launching something it is important to learn from your rivals and their mistakes. Disney's launch indicates they have done their homework right. When the U.S. company Netflix launched in India, they entered the market with the sole agenda to dominate the territory. However, they failed to understand how consumer spends and functions in the Indian market.

This is not a drill! The biggest Super Heroes, magical stories for everyone, exclusive Disney+ Originals and all that you've been waiting for are (finally) landing on Disney+ Hotstar. 3rd April. Really. #StayHomeStaySafe pic.twitter.com/zOKkuyrWEC

Disney-owned Hotstar as they brought Fox last year making them acquire the over-the-top (OTT) platform as well which is India's largest watched streaming platform. Though we have other majors players like Amazon, Netflix and new platforms like Alt Balaji, Voot, Hungama Play, Zee 5, Hotstar still rule the market.

Hotstar Vs Netflix Vs Others:

As per Oddup, Hostar controls 29 per cent (which is around 300 million active users, Amazon Prime controls 10 per cent and Netflix controls 5 per cent.

One of the major reasons why Hotstar dominated the market was its annual subscription which is priced at INR 199 per month or INR 999 per annually, and sports pack for Rs 299 per year.

While Netflix has subscription plans such as standard definition (SD) single-screen plan at INR 499, the High Definition plan which lets you stream at INR 649 and premium Ultra HD 4K four-screen plan at INR 799 per month. Recently in order to increase viewership, they also came up with a mobile-only plan that costs INR 199 per month. This simply helped Hotstar in gaining dominance in the OTT market. 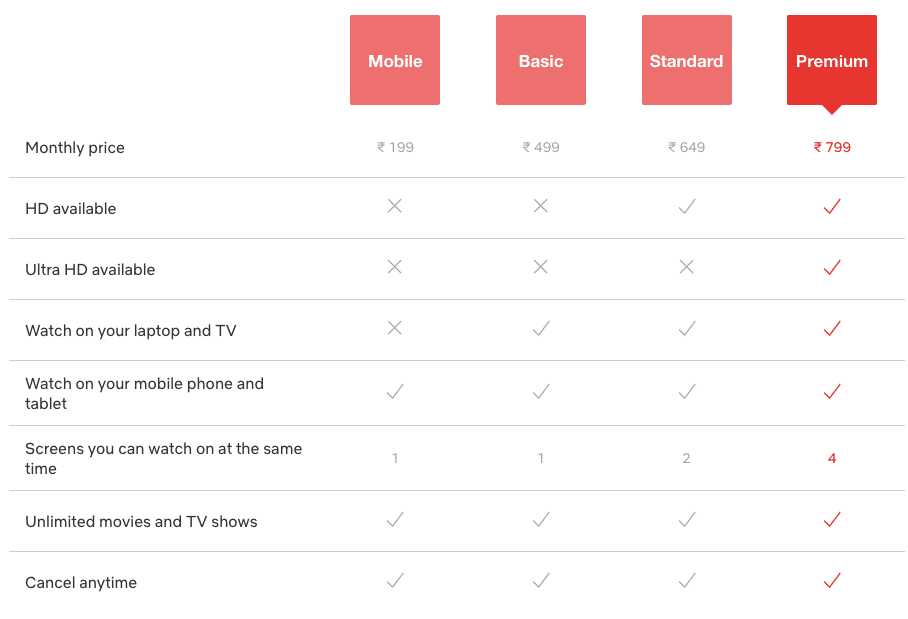 While pricing did wonder Hotstar also had content that India is used to watching. From the television daily soaps to cricket, IPL, in particular, gave them a lead. To put in numbers 18.6 million users watched the IPL's championship game last May, marking a global record in live streaming.

It also brought rights to some exclusive HBO shows like Game of Thrones, Billions, Westworld, Homeland and more. While Netflix did try to up its game with a mobile subscription, it still isn't able to meet even half the margin that of Hotstar. 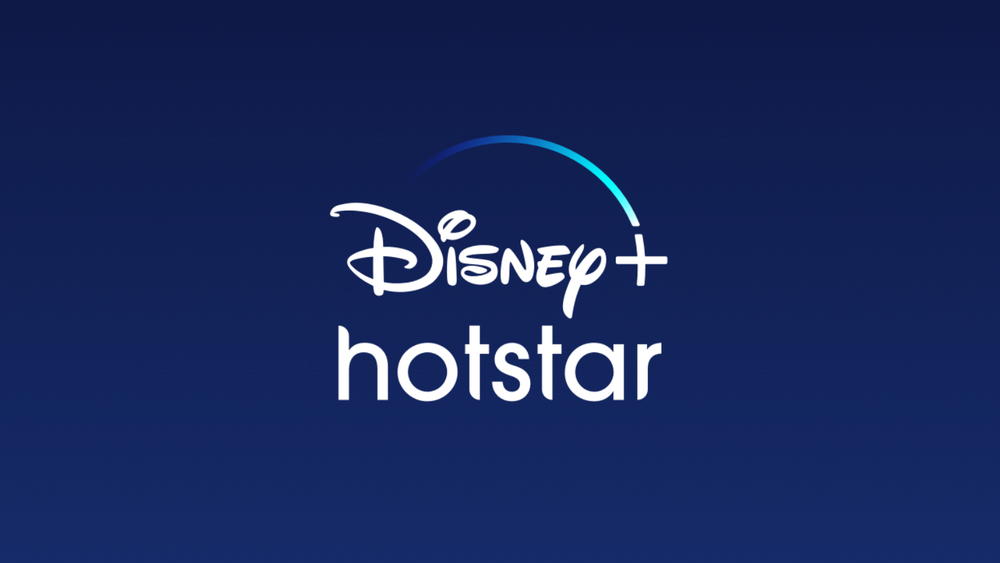 Hotstar is already a leader and Disney is all up to advance its game. The existing platform will be upgraded Disney+Hostar, making India the only market where Disney Plus will be hyphenated. Also, Disney's content is quite popular in the US but not in many parts of the world. Presenting it in front of a mass audience sounds like a foolproof plan to build a strong foothold.

Disney has very strategically priced its plan. The three plans are as followed:

The Ball Is In Whose Court? 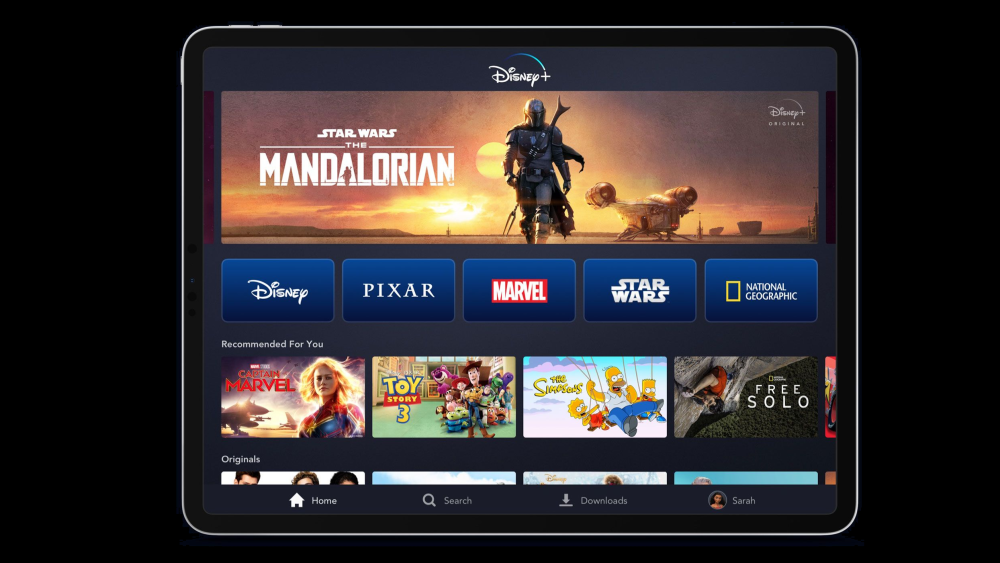 Netflix still is hanging on to their high-price model which still shows that somewhere they haven't got hang of the Indian OTT market yet. While Disney has an advantage with Hotstar already at top of the game. Disney+Hotstar is already playing an ad-supported service, it doesn't look like Netflix will join this theme anytime soon.

The high pricing puts Netflix at the backseat while Amazon is trying to set marks similar to that of Hotstar. Recently, Chinese companies, iQiyi, and WeTV also debuted in India. They are offering both free ad-supported and premium services and it would be interesting to see how they play out among the mass. The new platforms plan to come up with Indian originals and seem to have funding to do the same. Considering the Chinese content is gaining popularity worldwide, it might work in favor of them. 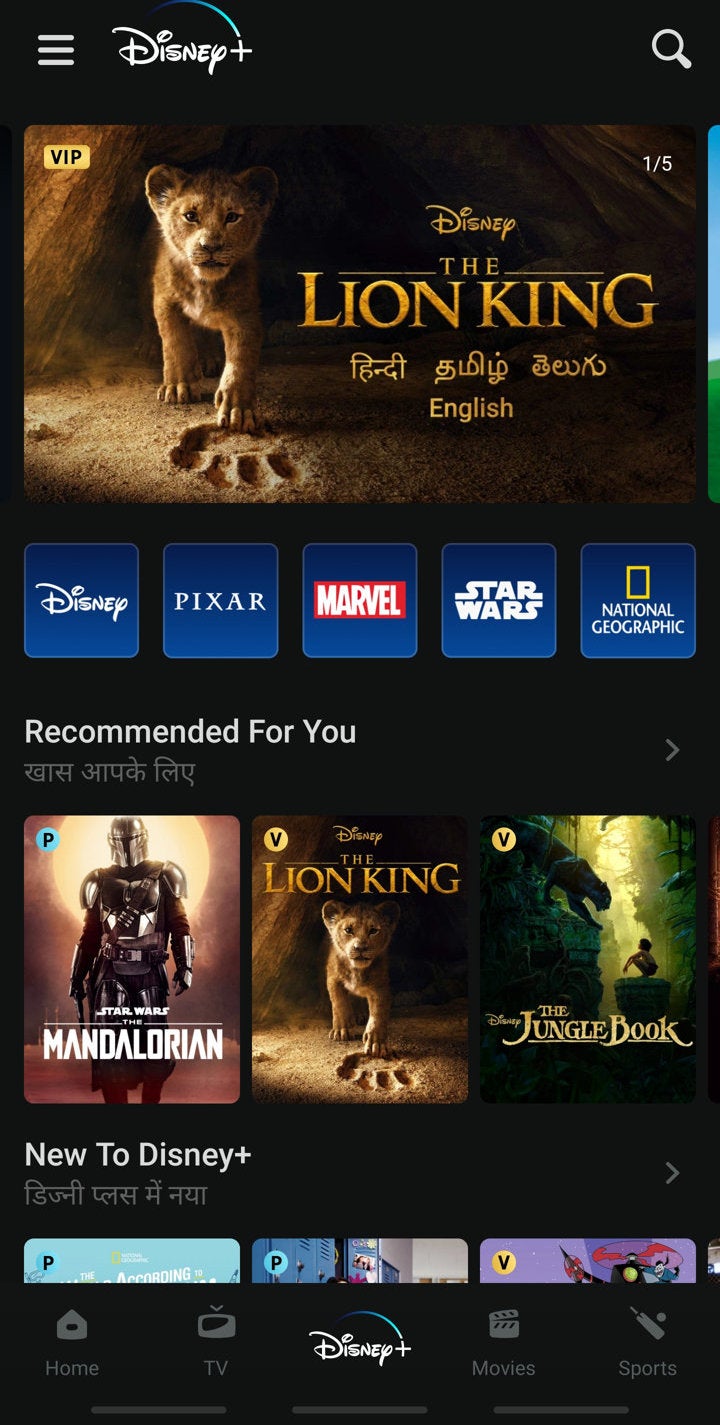 The thing with India's population is that every platform offers something or the other for everyone. This means even if they don't dominate the market, they will still perform well and sustain. Having said, this keeps Hotstar at the top making them the leader and they won't be dethroned soon. With Disney Plus launching on Friday - lockdown, work from home, things are sailing in their favor. If everything goes as planned, this advantage will be a big win for Disney and a great move for their allover business move.

Keeping Disney Plus launch in mind, a virtual red carpet will be held on 2 April at 18:00 where you can watch the premiere of The Lion King in Tamil, English, Hindi, and Telugu. One can also watch Disney Plus original The Mandalorian at 20:00.