By the Numbers: A Look at the Franchise Economy (Infographic)

This nifty infographic breaks down the state of the franchise economy in terms of jobs, growth, policy and what to expect in the coming year.

Franchises create roughly 10 percent of all new jobs in the U.S., and job growth in the sector is expected to outpace that of the broader economy this year, according to the International Franchise Association.

The IFA claims that franchises have the potential to create even more jobs in 2014 if the government reforms some of its policies. Franchisees' top concerns right now include health care, government regulation, taxes and labor regulation.

Check out the infographic below on the state of the franchise economy in terms of jobs, growth, policy and what to expect in the coming year. 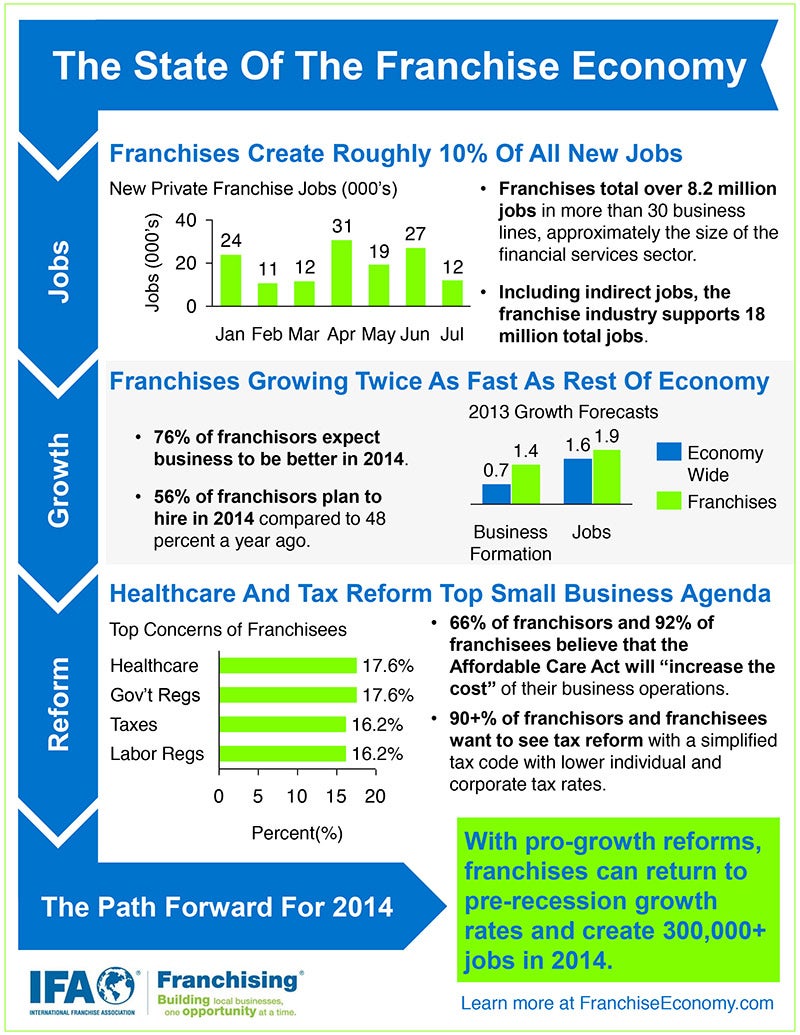