Franchise Industry to Grow in 2012 -- Report 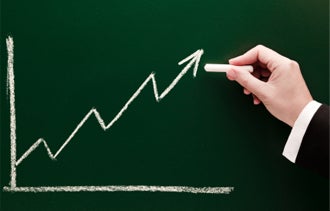 After a few bleak years, franchises can look forward to modest growth in 2012, according to a report released Monday. And that's good news for the beleaguered economy, given the franchise industry's contribution to hiring and gross domestic product.

Franchise businesses are expected to add 168,000 jobs next year, bringing the total number of jobs in the franchise industry to 8.1 million, according to the report released by the International Franchise Association, the industry's major trade group.

The growth is expected to be more robust in certain areas of the franchise industry than others. If you are considering opening your own franchise in 2012, the three areas expected to see the highest growth in sales are, in order, personal services (think salons, health-care centers, senior-care facilities, or massage businesses), retail products and services, and real estate franchises. (Please see related story, "Three Franchise Industries to Watch in 2012.")

While the franchise industry's outlook has improved, the sector has not yet returned to 2007 levels. "The rate of growth is far below the growth trends we experienced before the recession," said IFA President & CEO Stephen J. Caldeira in a written statement.

Caldeira added that lower taxes for corporations and individuals as well as increased lending to small businesses would increase the industry's rate of growth.

And even as the franchise industry begins to turn around, leaders in the sector -- both franchisees and franchisors -- are concerned with the slow pace of economic growth. In particular, more than 80% of franchisors said that tight credit impacts their ability to grow and more than 55% of franchisees say reduced access to credit has negatively impacted them, according to the IFA's Annual Business Leader Survey.