Shelly Sun turned her health-staffing company, BrightStar Care, into a fast-growing franchise. But she almost ran out of cash along the way. 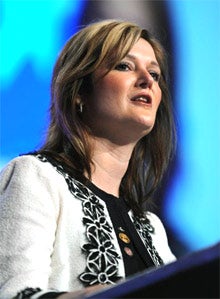 The No. 1 reason for failure for franchisors is under-capitalization.

Many franchisors wrongly assume that the amount they collect from selling franchises in initial franchise fees will cover overhead. But often the franchise-fee revenue does not fund the necessary infrastructure, leaving the emerging franchisor scrambling. If you're not sitting on a cash war chest of $500,000, you may run out of cash.

When I was launching my health-care staffing franchise, BrightStar Care, in 2005, we estimated we needed to invest $300,000. I contributed $100,000 of our own money and accessed $200,000 in debt financing. We were about 18 months in when the cash began to get painfully tight.

We had overspent on unnecessary or ill-advised hiring: at least $100,000 on legal and public relations firms not active in the International Franchise Association; $50,000 for salaried employees to do work that contracted consultants could have done, particularly franchise training; and $50,000 to $75,000 for outside help in the first year to handle franchise sales when that role really belonged to my husband, J.D., or me. We actually needed $500,000.

Add up those overages and you see that our initial estimate of $300,000 would have been adequate if we had known then what we know now. While you might avoid similar pitfalls, you should still plan on $200,000 in additional cash reserves--over and above what your financial model shows you need--for unexpected expenses.

Once you've figured out a realistic estimate for your opportunity, the next part is pursuing the funds. Here's a look at the most common sources.

--Banks. The capital markets have gotten tighter, but there is still money available. Banks review lots of requests, and they are going to be more inclined to loan to those who make their job easier by anticipating their concerns.

In our first business plan for franchising, we intended to sell 10 franchises in the first year, another 25 in the second year, 40 in the third year, and about 50 each year in the fourth and fifth years. Naturally, the bank questioned how we would sell 10 franchises in a year without any experience. But we had thoroughly researched our competitors and were prepared to convince the bank that we could meet our goal.

These days, you might need to pitch 10 banks before finding a lender. You will need great market research on your industry and your performance compared with peers. You must exert strong confidence in your abilities to achieve your business-plan goals and to repay the loan. And you will need to have skin in the game. Expect to give a personal guaranty for the loan.

So be prepared before you meet with the bank. Make sure your package includes the following: a full business plan; financial statements for the first five years, including a statement of cash flow; and the competitive analysis on your industry to show that your assumptions for unit sales by year, royalty revenue per year and per unit, and earnings as a percentage of revenue are within the ranges of what has occurred historically in the industry.

--Government programs. I scoured all the possible government programs, concentrating on ones that were available to women-owned businesses, and sure enough, I found a state program, the Illinois Department of Economic Opportunity Loan Program, that would lend up to $200,000. I had to put in $100,000, which I had planned to do anyway, and I had to create 20 jobs during the five-year loan term ($10,000 per job). You'll be amazed by the number of resources that may be available within your state, especially if your company-owned units are performing well.

When meeting with bankers who would underwrite the state program's loan, I prepared binders with tabs for five-year projections of income statements, balance sheets, and, most important, cash flows. I rehearsed the presentation over and over and then, on the big day, went through it from memory. I was nervous, but I got the loan.

--Friends and family. Remember how I underestimated the money we needed by $200,000? That was a hard moment. We had to access more capital and really build, or entrench and stall growth. At that point, we had 12 franchisees who had signed up because of their belief in our vision. So we tabled our pride and asked my husband's parents for a $200,000 loan. I was so ashamed that I requested J.D. to ask his mom and dad without me being by his side for support.

They agreed to help us. We structured the one-year loan with 14% interest (to match their returns in the market, since they had to pull out the money to loan to us). We were able to pay it back in 11 months. We will always be grateful that they stood by us. Receiving financial help from family members is humbling and is something that stays with you, grounds you, and drives you to never have to repeat the experience.